Understanding that children cannot thrive if they do not feel safe in the places they live, play and study, in 2012, the Skillman Foundation added a safety strategy. The Foundation's investment in strategies and activities intended to increase safety is part of its overall investment in building pathways to success for Detroit's children. The Foundation also recognizes that movements toward safety were taking place among residents, community development practitioners and other stakeholders prior to 2012. These activities were key and provided the groundwork which informed, as well as worked alongside, the Foundation's investments in safety.

With the goal of documenting the Foundation's safety grantmaking strategies and examining how these strategies are playing out in the target neighborhoods, the Skillman Foundation retained JFM Consulting Group (JFM), a Detroit-based planning, evaluation, and research firm to conduct a review of its safety strategy for the years between 2012 and 2015. As mentioned above, Skillman had not instituted an official safety component until 2012, however safety efforts had taken place prior to this time. This report provides the results of that review after 2012, as well as some context on safety efforts outside of the Foundation's direct investments. 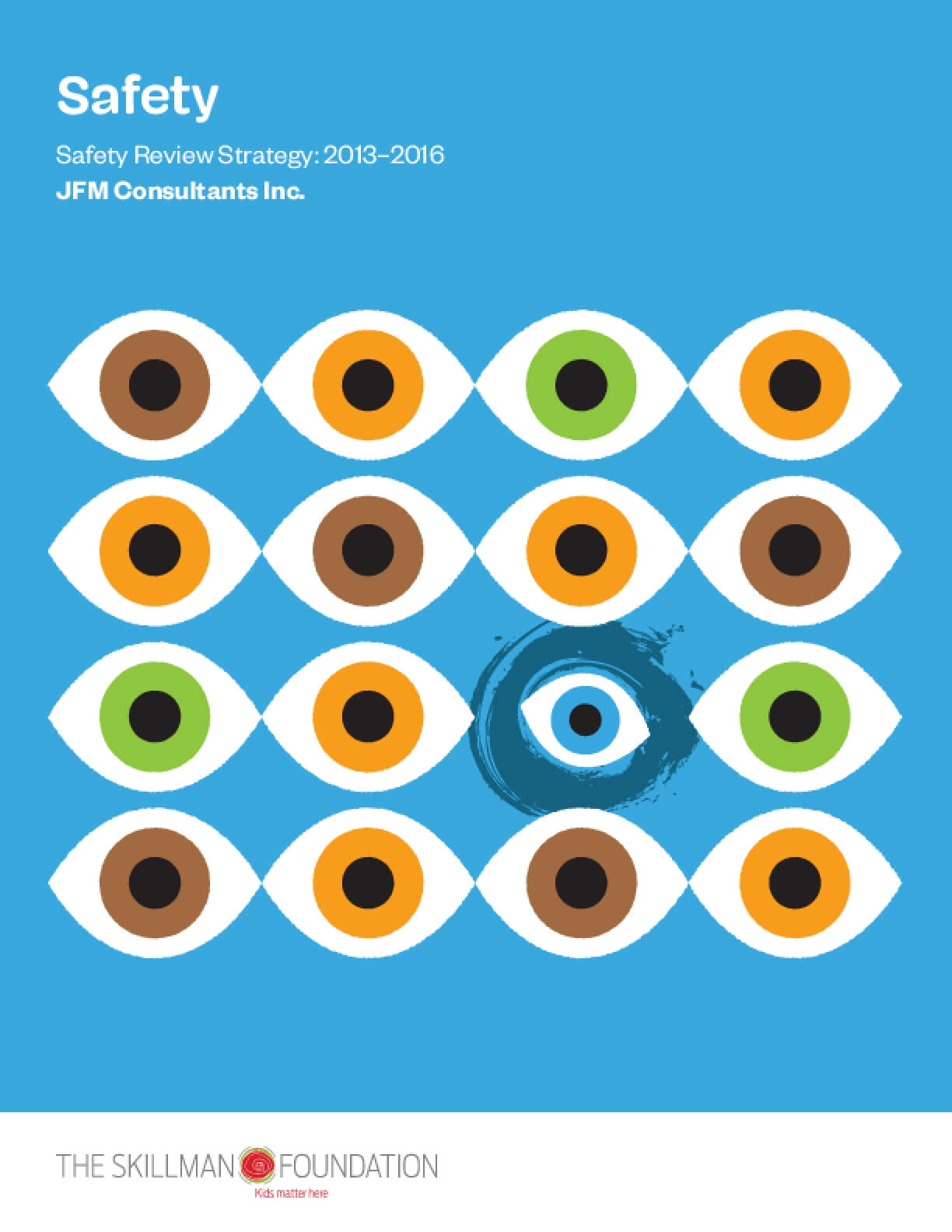