Human trafficking has grabbed the headlines around the world but what is human trafficking and what is its relationship to forced labor, debt bondage and slavery? Has the focus on human trafficking and particularly trafficking into forced prostitution, undermined or marginalized efforts to address forced labor, debt bondage and slavery? The answer to the first question is that, although they are interconnected, they are not the same in international law or in practice, which has led to much confusion and misinformation. The answer to the second question is yes, global mobilization to counter 'trafficking' has diverted attention away from the great number of persons who are in forced labor, debt bondage and slavery but who were not trafficked into these situations. So, the purpose of this paper is to provide some conceptual clarity to the current confused state and to issue a call for governments and civil society to address the human rights abuses suffered by victims of all of these crimes. 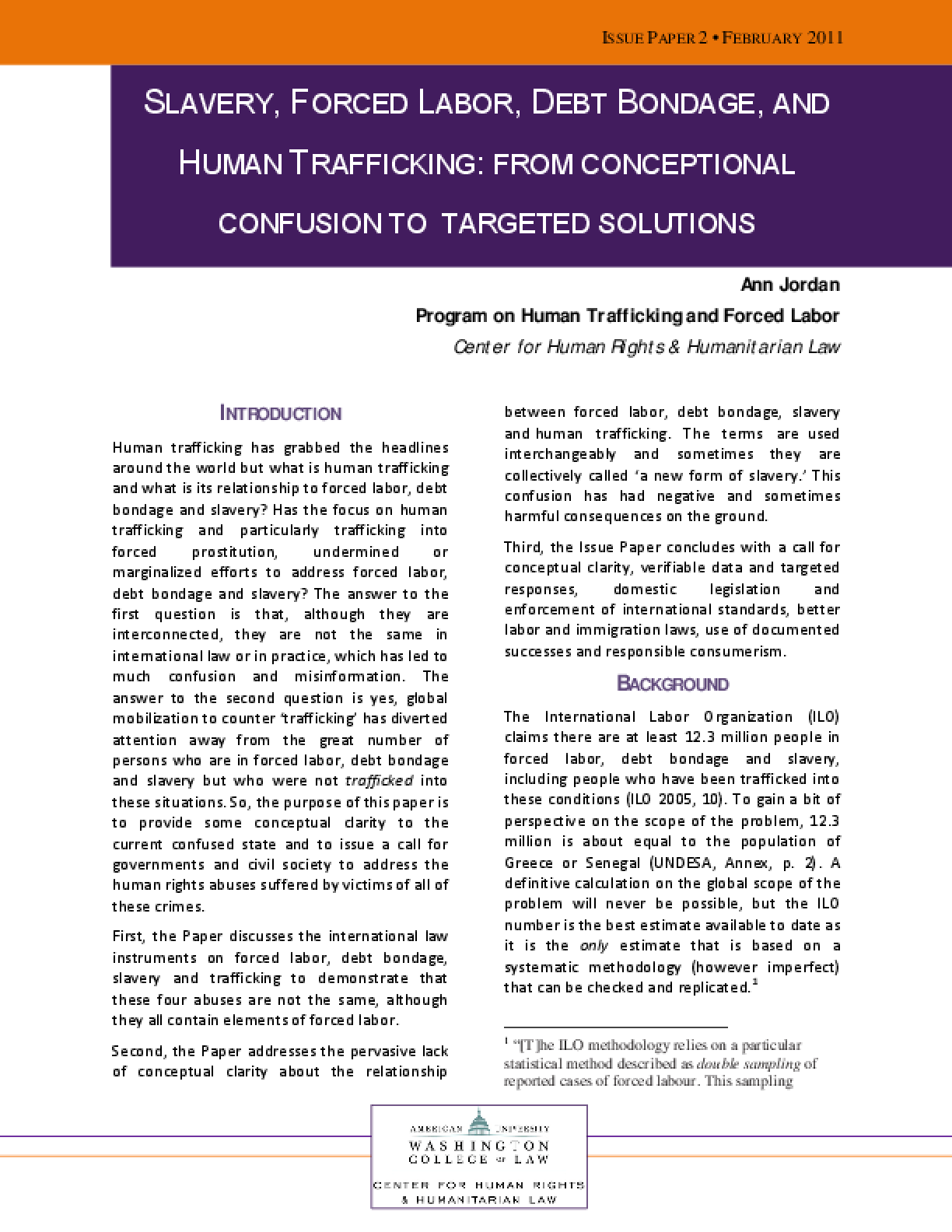