The brick-making industry in India is vast. It is estimated that there are upwards of 125,000 functioning brick kilns in India, employing an estimated 10-23 million workers. In our work we have found endemic levels of debt-bondage and the worst forms of child labour, despite both being prohibited in the Constitution of India, numerous domestic laws and international law. This report discusses some of the underlying factors that perpetuate the cycle of slavery in India's brick kilns, in particular the way brick kiln moulders are recruited and paid in the kilns, which is critical to understanding the system of power relations which keep workers poor and vulnerable to debt-bondage, child labour and under the control of employers. These common practices – payment of workers as a family unit according to a piece rate, payment of advances, withholding of wages and payment below minimum wage - must be tackled, to address the constant poverty and marginalisation which leads to exploitation and slavery. Anti-Slavery International and Volunteers for Social Justice (VSJ) have undertaken this research report to illustrate exactly how these employment systems work to trap people in bondage and/or child labour, in the hope that the various stakeholders – government, unions, brick kiln owners, workers, oversight bodies, non-government organisations and the international community – will agree meaningful reform to the sector. The report focuses on brick kiln moulders only (patheras), who form the majority of the workforce at brick kilns in Punjab, and who mould and dry the bricks from clay. The findings of this report are based on two primary data sources, using a mixture of qualitative and quantitative methods. 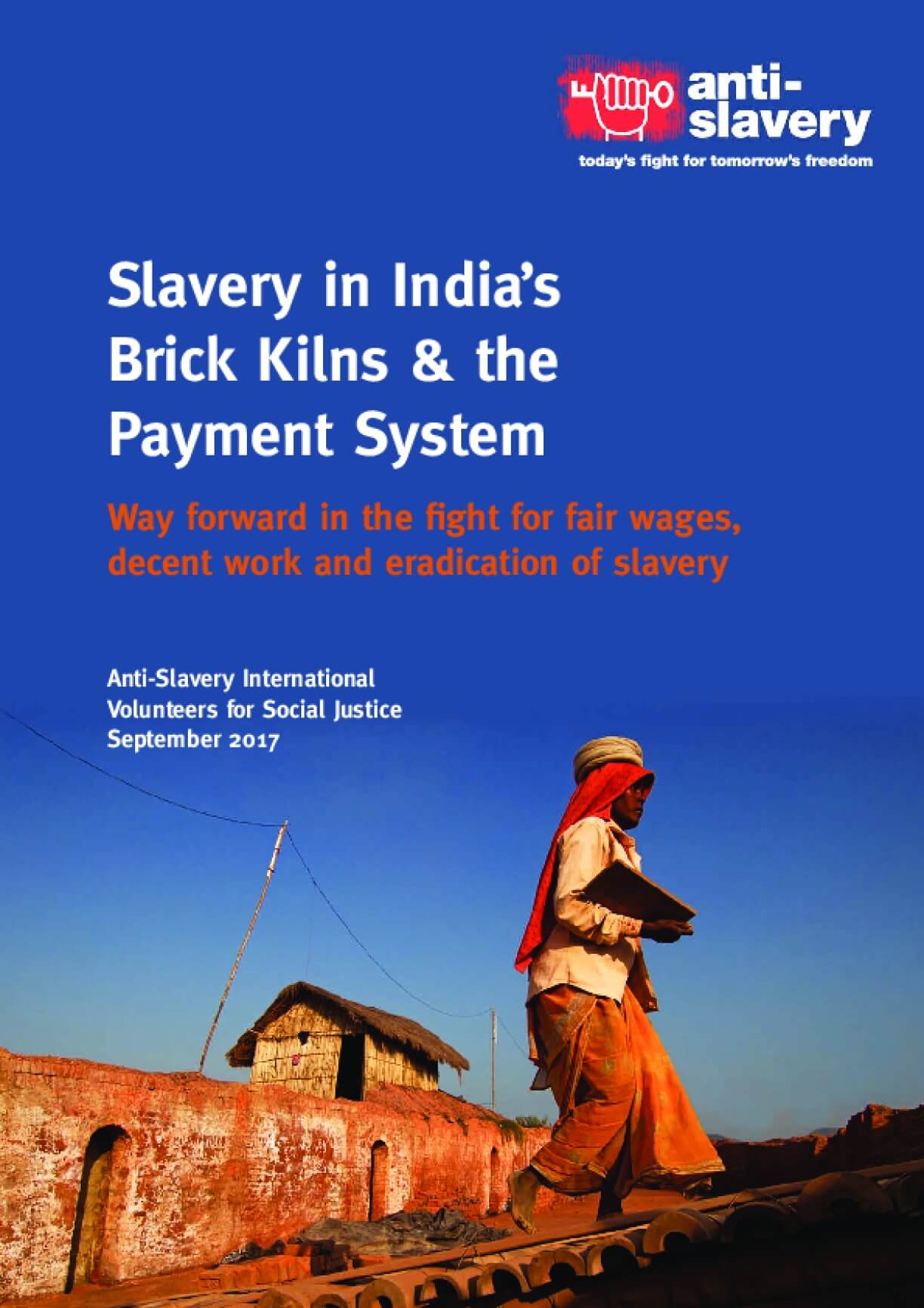