Gov. John Kasich has proposed major changes in Ohio's tax system, including broadening the sales tax to cover most services, cutting the sales-tax rate, slashing income taxes and giving business owners a big tax break. Together, the impact of these changes will be to cut needed revenues, while transferring income from poor and middle-income Ohioans to the affluent. Broadening the sales tax base while cutting the state rate to 5 percent would produce significant needed revenue and make the sales tax more viable long-term, since more and more of the Ohio economy is based on services. The problem: Low- and moderate-income Ohioans would be most affected, as they would pay the most as a share of their income. And low-income Ohioans already pay more of their income in state and local taxes than rich Ohioans do. If Ohio is going to broaden the tax base, the state should adopt a state Earned Income Tax Credit (EITC), as 25 states (including the District of Columbia) have done. It is good policy at any time, especially when legislators are considering raising taxes on those least able to pay. An EITC not only helps create a more fair tax structure, it provides a boost to local economies, as EITC dollars are often spent and saved locally. This multiplier effect creates local and state tax revenue based on goods and services that are sold. Below we review the successes of the federal EITC and how it can be implemented in Ohio. 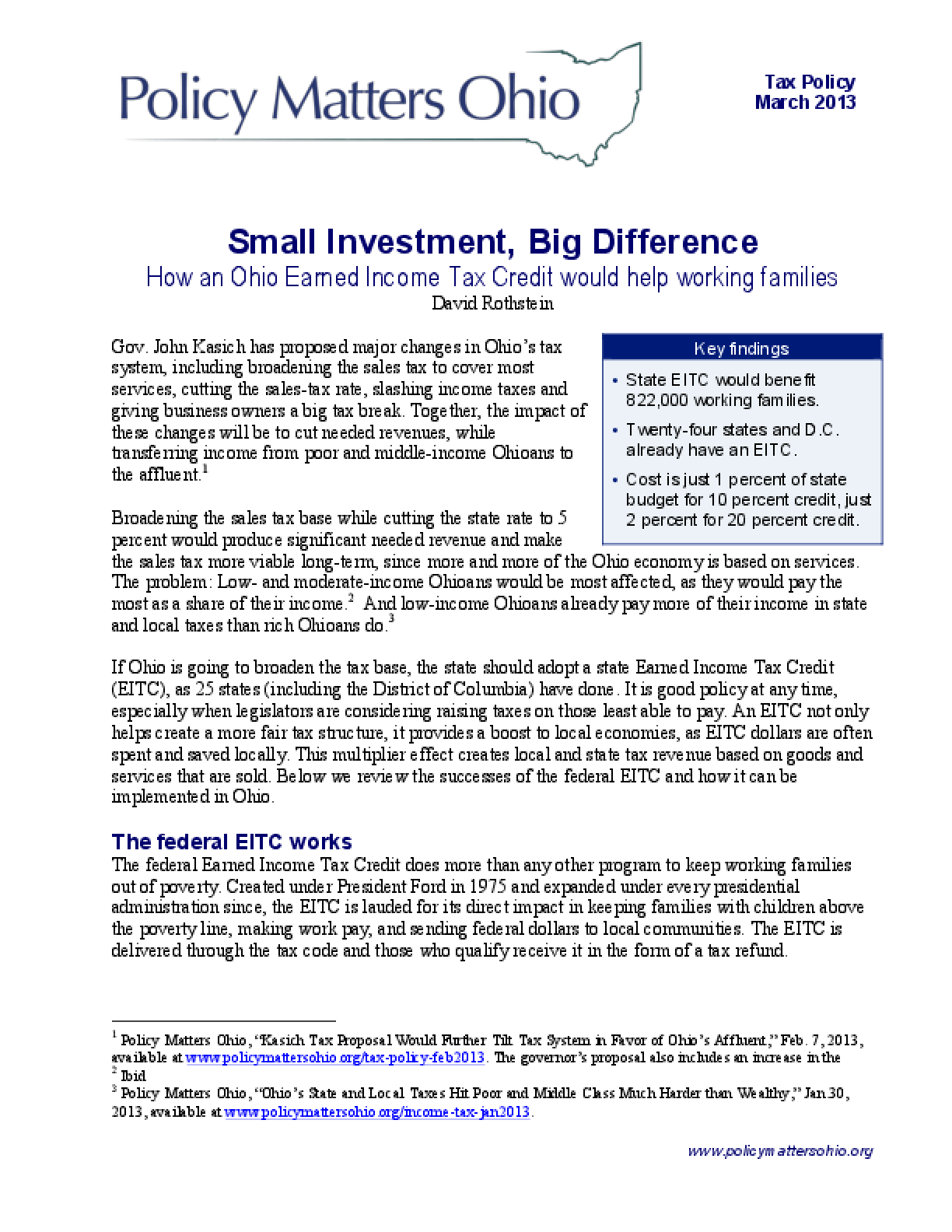