Safe Water Network India (SWNI) has written this report in collaboration with its knowledge partner The NationalInstitute of Urban Affairs (NIUA), both partners of the United States Agency for International Development (USAID) WASH Alliance. This report summarizes the key outputs from a three-year partnership between Safe Water Network India (SWNI) and USAID during the period 2014-2017. The outputs included seven reports ("Drinking Water Supply for Urban Poor: Role of Urban Small Water Enterprises," October 2016; four city reports: Delhi, Hyderabad, Mumbai, Visakhapatnam, 2016; "Policy and Enabling Environment," September 2017; and "Performance Standards" ), as well as the development of Digital Tools.This report, developed after the conclusion of the grant project period, seeks to advance the findings of the above body of work to respond to the urgent and increasing need to provide safe drinking water to India's water-stressed cities. It recommends including small water enterprises (SWEs) in city planning for the creation of resilient cities. It also highlights the benefits and potential of expanding the SWE category in the urban environment, and recommends enhanced collaboration and partnerships between the government and the private sector to achieve this objective.Beginning by introducing the urban slum landscape and the existing water supply scenario for its inhabitants, the report goes on to describe how urban small water enterprises (USWEs) can provide a viable and sustainable complementary solution to the government's piped-water efforts to meet the needs of the urban poor and support the transformation of safe-water-stressed cities into resilient cities. It further outlines the requirements to enable USWEs to meet the needs of the urban poor by creating a more conducive environment and a regulatory framework for the advancement of USWEs. 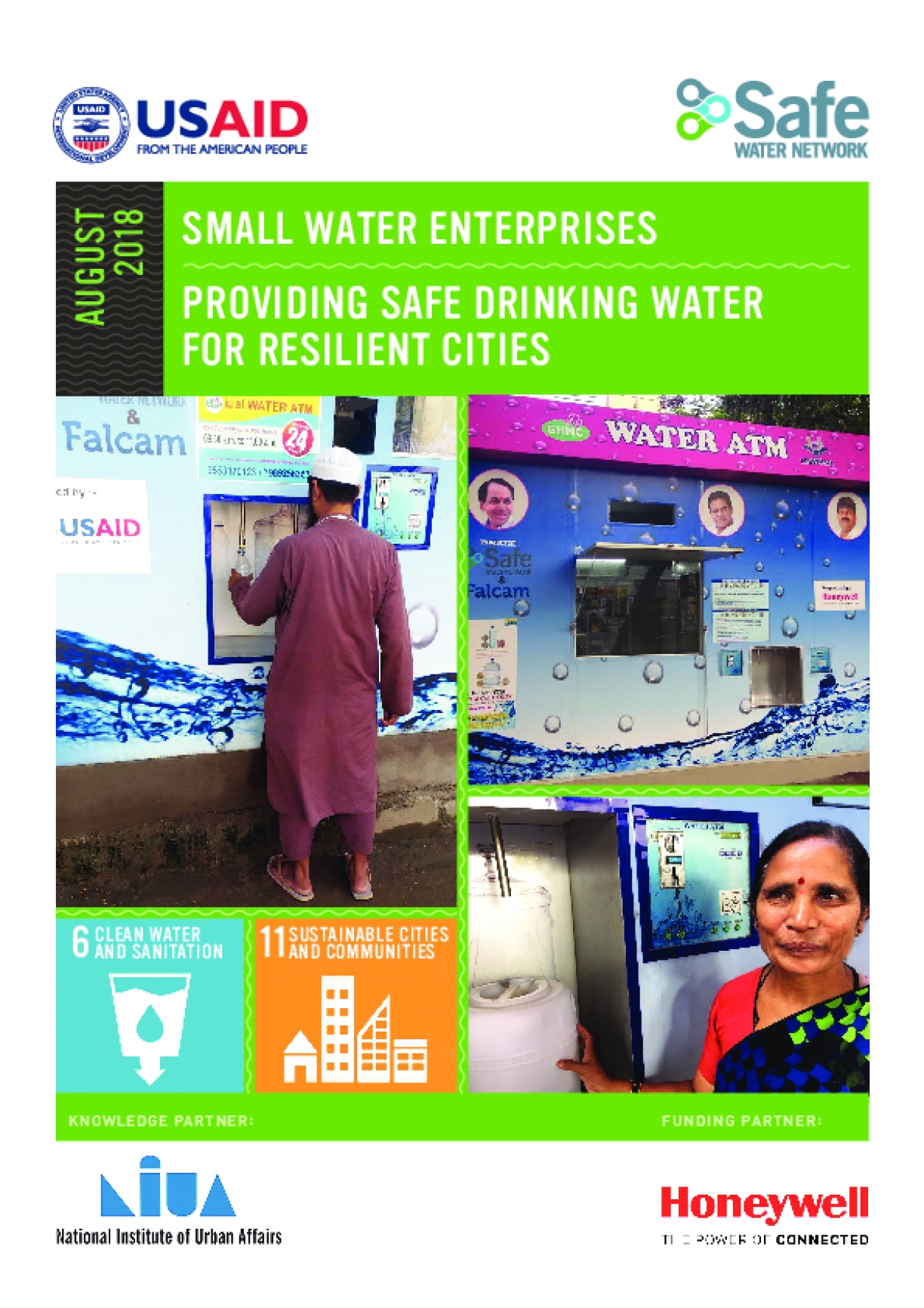