Smart Borders or a Humane World?

On January 20, 2021, his first day in office, President Biden issued an executive order pausing the remaining construction of the southern border wall initiated during the Trump administration. Soon after, the White House sent a bill to Congress, the US Citizenship Act of 2021, calling for the deployment of "smart technology" to "manage and secure the southern border."

This report delves into the rhetoric of "smart borders" to explore their ties to a broad regime of border policing and exclusion that greatly harms migrants and refugees who either seek or already make their home in the United States. Investment in an approach centered on border and immigrant policing, it argues, is incompatible with the realization of a just and humane world.

The report concludes by arguing that we must move beyond a narrow debate limited to "hard" versus "smart" borders toward a discussion of how we can move toward a world where all people have the support needed to lead healthy, secure, and vibrant lives. A just border policy would ask questions such as: How do we help create conditions that allow people to stay in the places they call home, and to thrive wherever they reside? When people do have to move, how can we ensure they are able to do so safely? When we take these questions as our starting point, we realize that it is not enough to fix a "broken" system. Rather, we need to reimagine the system entirely. 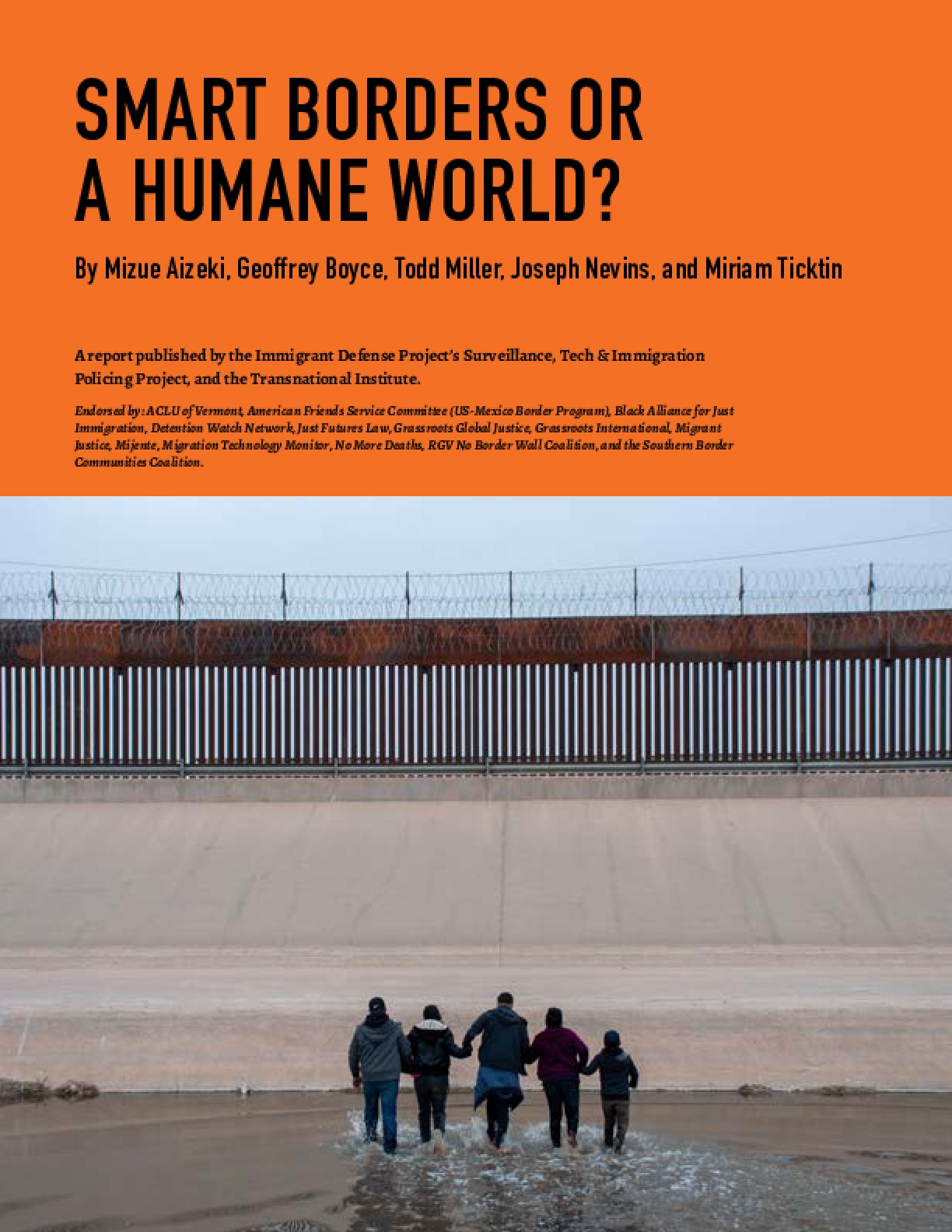