SNAP Use Increased Slightly in 2012

Although the Great Recession officially concluded more than three years ago, recent statistics show that the economy is still slow to recover. According to the U.S. Census Bureau, poverty rates have not declined from the post-recession high of 15 percent, and the Bureau of Labor Statistics shows the national unemployment rate at 7.2 percent in September 2013, still substantially higher than the pre-recession rate of 4.6 percent. Within this stale economic climate, safety net programs are particularly important, not only for populations who have traditionally benefited from them, but also increasingly for groups who—although historically considered more economically secure—may still be feeling the effects of the recession. 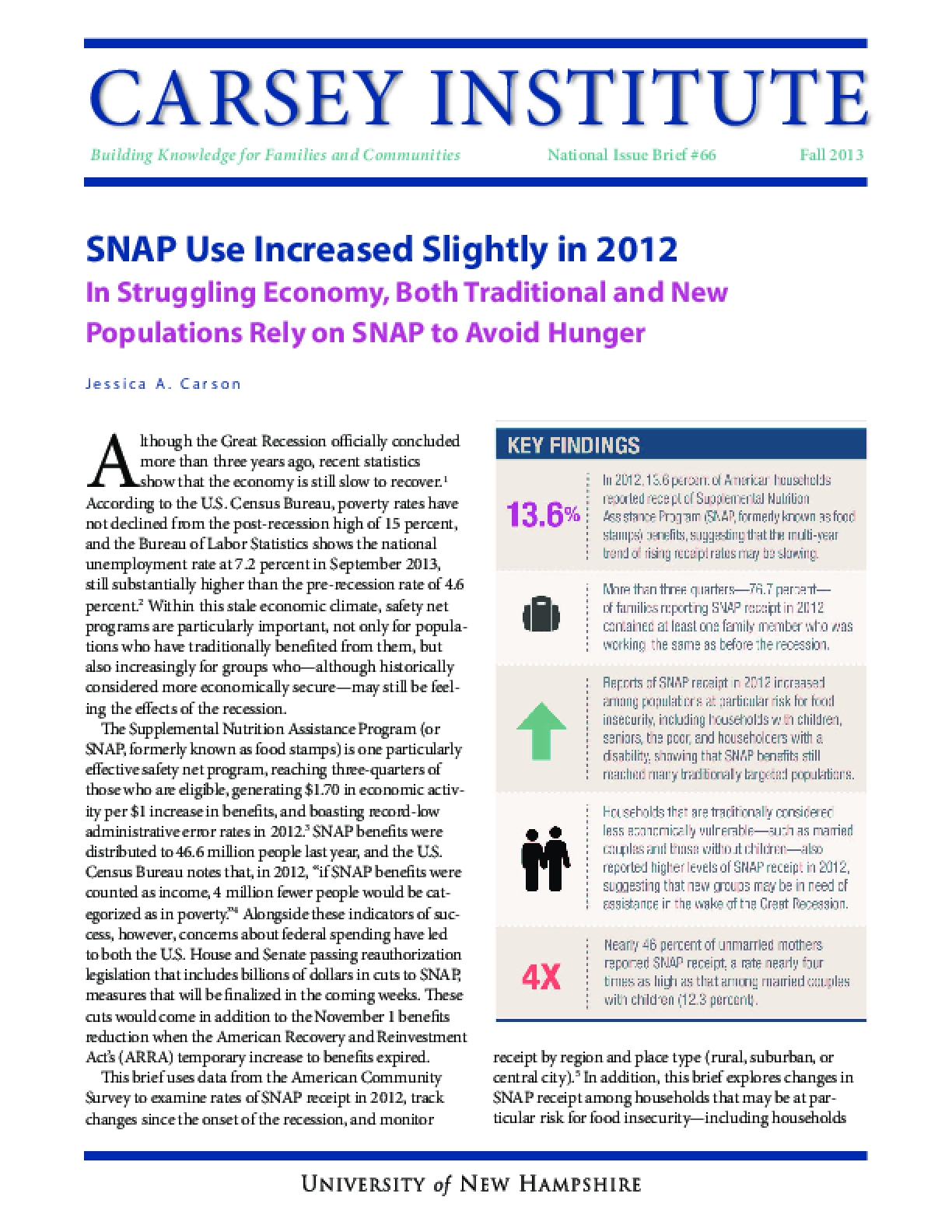