Social Media Coversations About Race: How Social Media Users See, Share and Discuss Race and the Rise of Hashtags Like #BlackLivesMatter

A new Pew Research Center survey finds significant differences in the way black and white adults use social media to share and interact with race-related content And a Pew Research Center analysis of tweets reveals that key news events – from Baltimore, to Charleston, South Carolina, to Dallas – often serve as a catalyst for social media conversations about race.

Black social media users (68%) are roughly twice as likely as whites (35%) to say that at least some of the posts they see on social networking sites are about race or race relations. When it comes to their own postings, a similar racial gap exists. Among black social media users, 28% say most or some of what they post is about race or race relations; 8% of whites say the same. On the other hand, roughly two-thirds (67%) of whites who use social media say that none of things they post or share pertain to race. 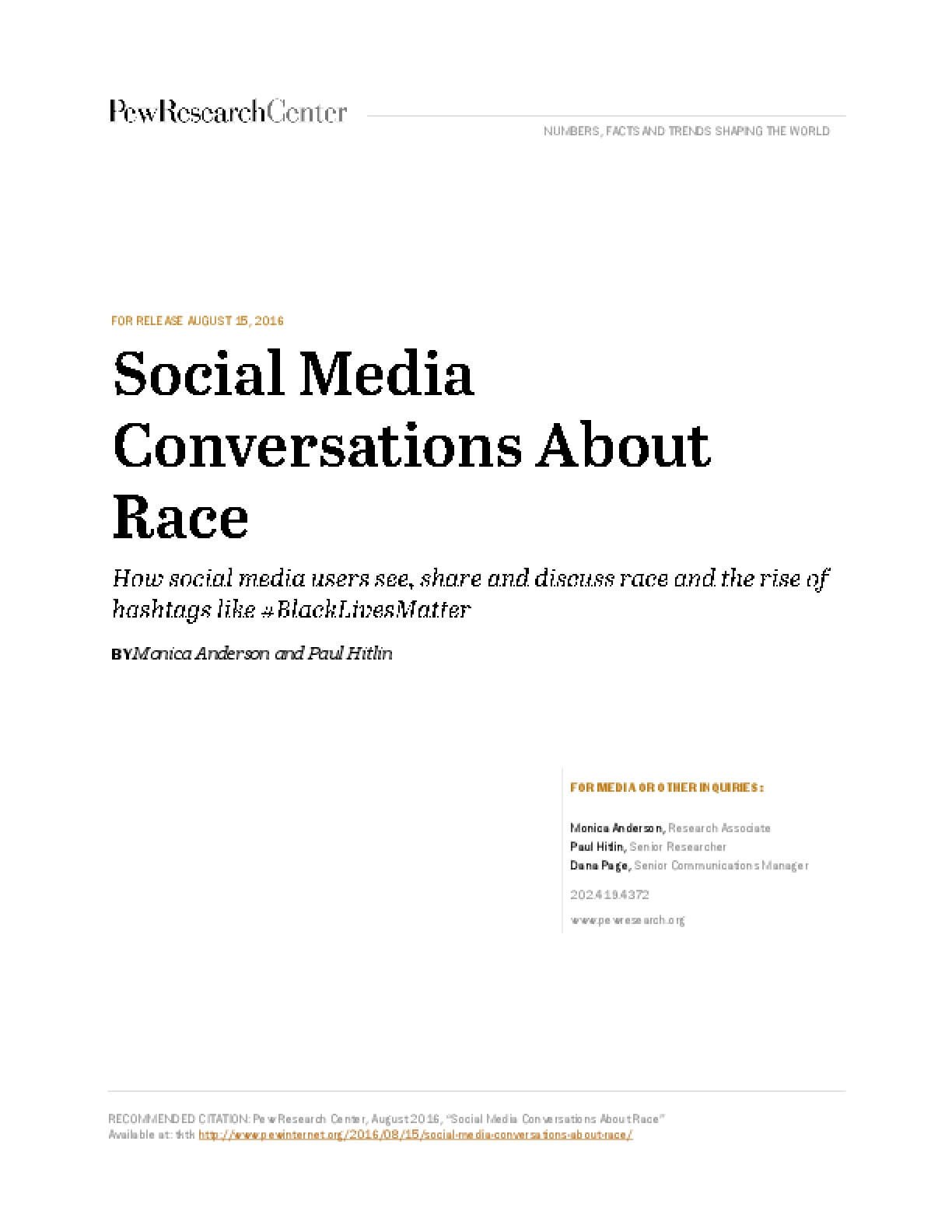