Solid Footing: Reinforcing the Early Care and Education Economy for Infants and Toddlers in DC

The District of Columbia (DC) is a vibrant, diverse, financially stable city that has become one of the most expensive places to live in the nation. It also ranks among the five major U.S. cities with the greatest income inequality. Because of this economic divide, the District struggles to create equity among its population, particularly in education where the achievement gap between poor and wealthy stubbornly persists. Research has consistently shown that this achievement gap begins not in kindergarten, but in the cradle, with the differences between the early learning environments of children who live in low-income and upper-income households producing cognitive differences before a child even reaches the public school system. Access to high-quality early learning environments can reduce or even eliminate that gap, which is why District policymakers have invested heavily in quality universal preschool and Pre-Kindergarten. But children from low-income households can already be cognitively behind by preschool, so the District must also invest in the early education needs of its infants and toddlers. This report attempts to quantify and qualify what investment need to be made. Until now, no one has assessed how much it costs early care and education (ECE) providers to meet the level of quality that the District requires, or how providers are able to maintain quality while serving families who depend on child care subsidy payments from the government. DC Appleseed and the DC Fiscal Policy Institute have collaborated to produce a study to better understand these realities. The work grew from concern that the District's payment rates to ECE providers for the child care subsidy program are not keeping up with the costs, even though the children receiving subsidized services and the nearly 200 providers who serve them are among the District's most vulnerable and precious resources. The underpaid workforce that cares for and educates infants and toddlers is essentially subsidizing the system through low wages. 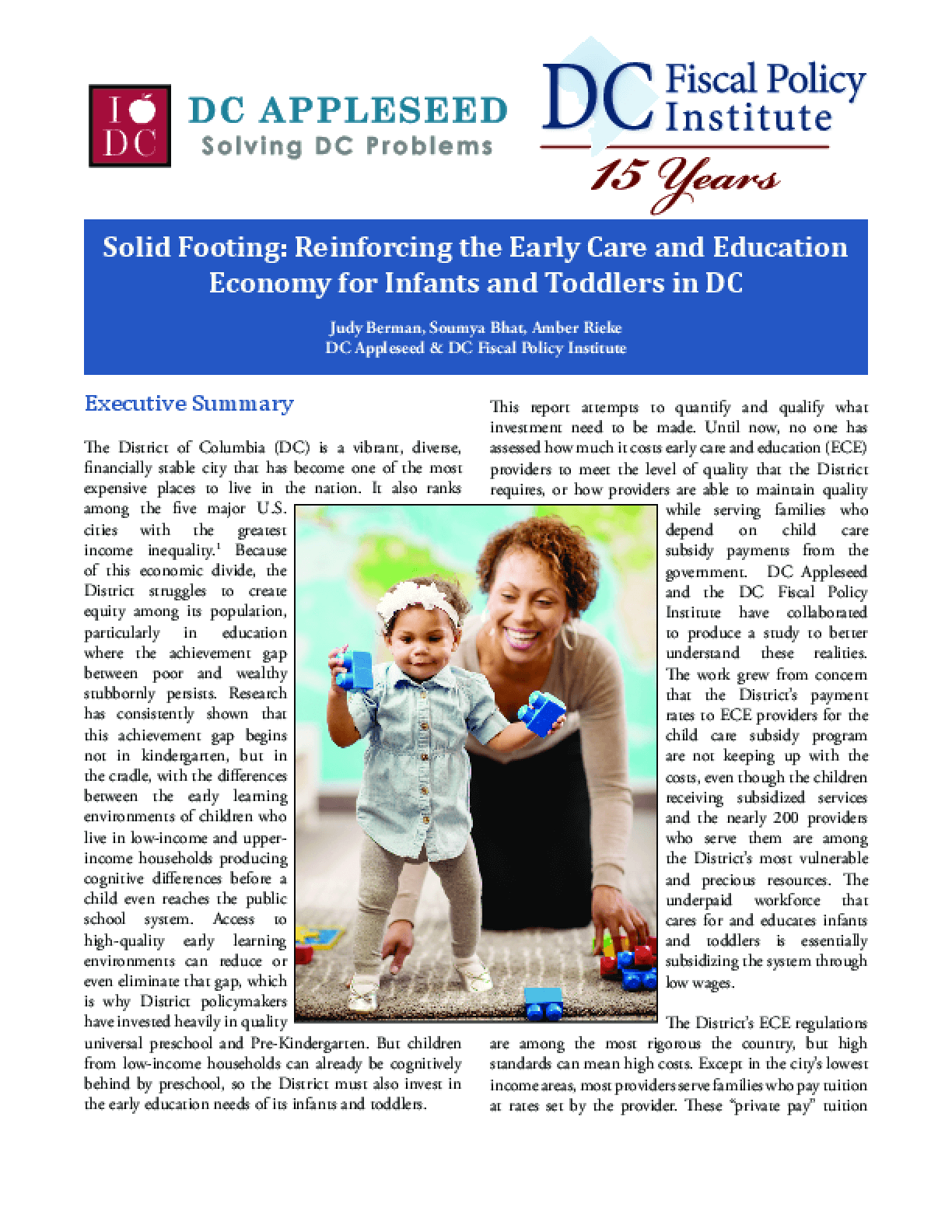