The "World Citizens Panel" (WCP) was established by Oxfam Novib to measure the impact of its programmes among people living in poverty and injustice. The approach combines quantitative research (impact surveys) with qualitative research (stories of change) and gives participants a voice in evaluation, and the opportunity to learn how programmes can be improved and to contribute to public debate on the effectiveness of development cooperation.  This impact study of the programme in Somalia was carried out by Oxfam Novib, HIRDA and partners in Somalia in 2013/2014. The study included a broad set of indicators, covering major dimensions of poverty and injustice. Data collected by partners with the help of a smart phone app was transferred into a central data base, managed and analysed by the Oxfam Novib World Citizens Panel team.  This report describes the process and presents the major findings of the analysis which include:

The programme carried out a total of 6000 interviews: the major activities of respondents were sustainable livelihoods (27%), education (17%), humanitarian aid (12%), and women’s rights (12%). 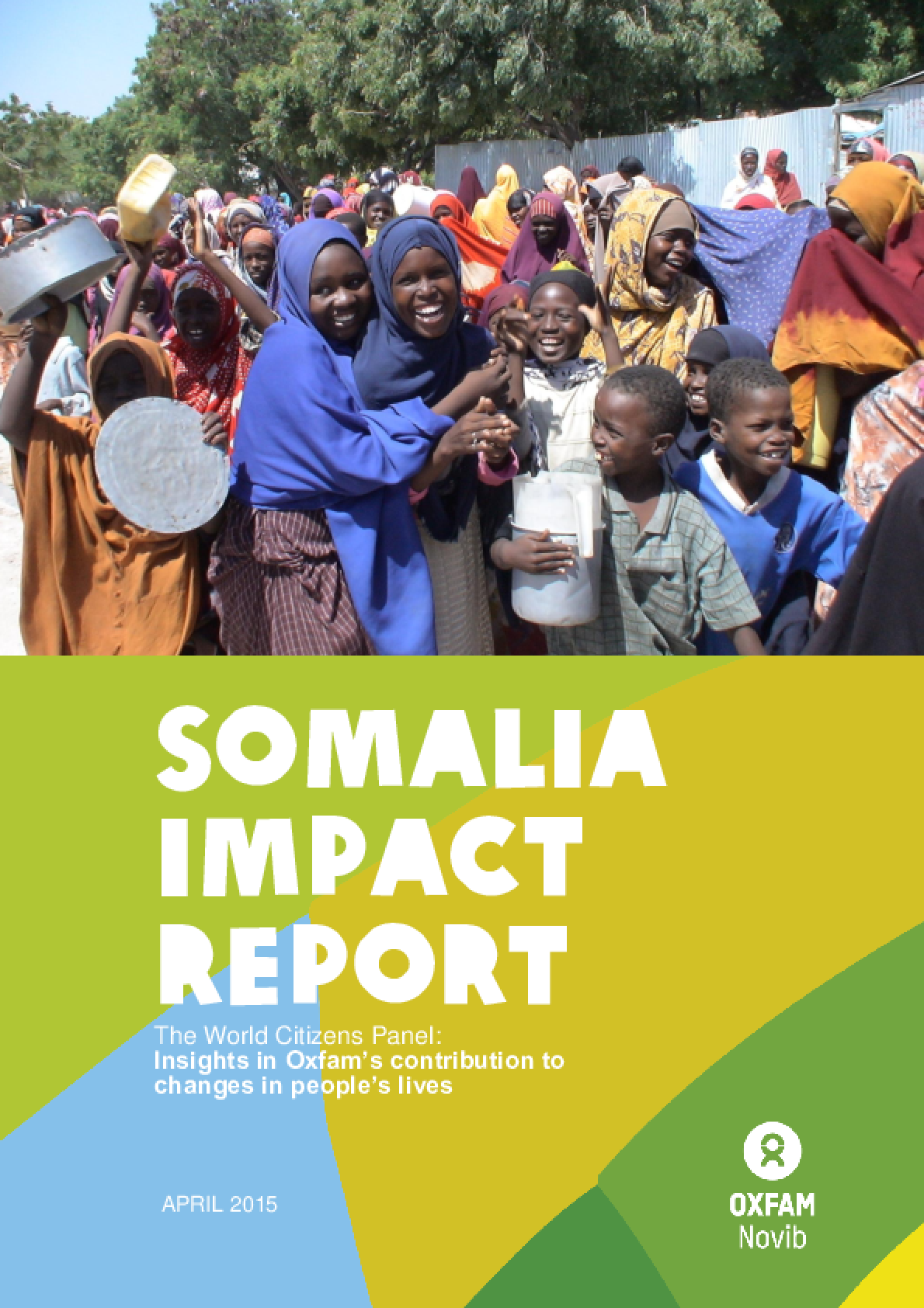