Somalis in Copenhagen explores the views and experiences of Somalis living in Copenhagen and the challenges and successes of integration policies. The report focuses on six areas of local policy—education, employment, housing, health and social protection, policing and security, and citizenship and participation—as well as broader themes of belonging and identity and the role of the media. Immigration from Somalia to Denmark is a new phenomenon very much linked to the political situation in Somalia. The Danish Somali population in Copenhagen is small and faces social and economic disadvantages, particularly a very high level of discrimination and stereotyping. The study reveals institutional gaps across different areas that need to be addressed urgently but also good practices at the local level. Somalis in Copenhagen is part of a comparative seven-city research series entitled Somalis in European Cities, by the Open Society Foundations' At Home in Europe project, which examines the realities of people from Somali backgrounds in Amsterdam, Copenhagen, Helsinki, Malmo, Leicester, London, and Oslo. 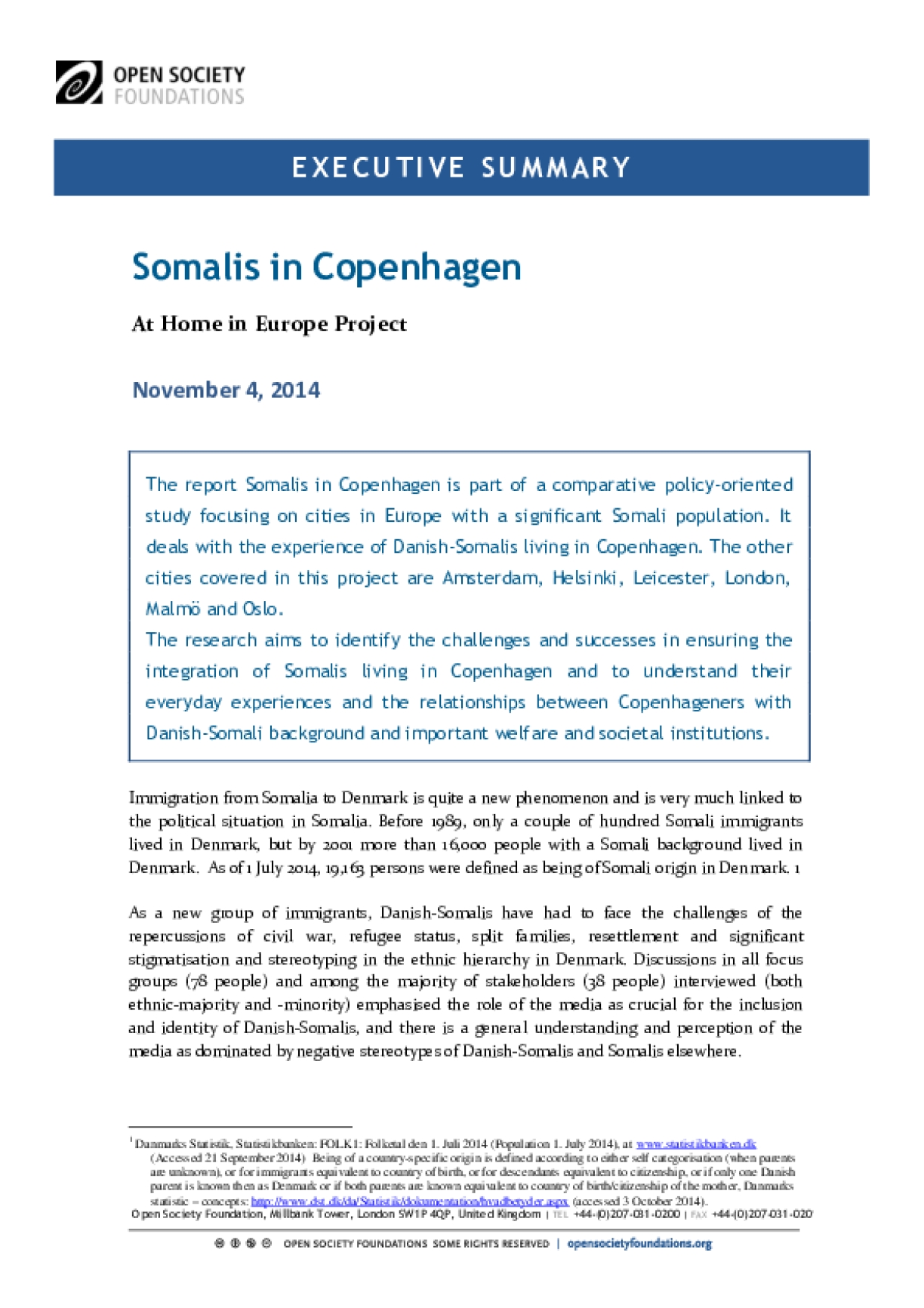