Somalis in Leicester explores the views and experiences of Somali communities living in Leicester, focusing on five areas of local policy—employment, education, health, political participation, and policing—as well as broader themes of belonging and identity.

The presence of Somalis in the UK dates back to the late 19th century. Today, the Somali community of Leicester is one of the largest in the UK, and Leicester's Somalis can be divided into three broad categories: British-born Somalis, Somali refugees and asylum seekers (who came directly from Somalia as a result of the civil conflict), and Somalis who migrated to the UK from various EU countries such as the Netherlands.

Somalis in Leicester is part of a seven-city research series, Somalis in European Cities, by the Open Society Foundations' At Home in Europe project, which examines the realities of people from Somali backgrounds in Amsterdam, Copenhagen, Helsinki, Malmo, Leicester, London, and Oslo. 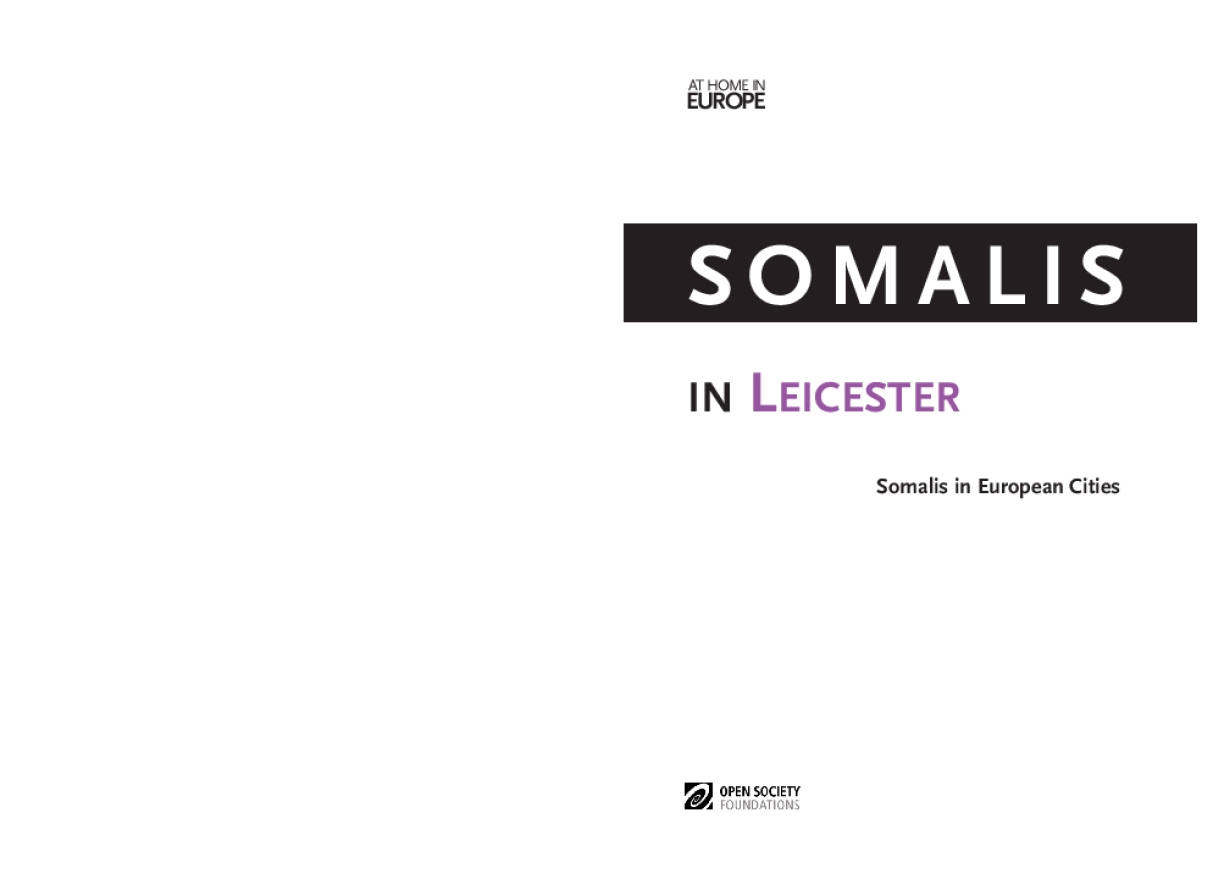