Somalis in Oslo explores the experiences of Norwegian-Somalis living in Oslo, focusing on five areas of local policy—employment, education, health, political participation, and policing—as well as the broader themes of identity and belonging.

Norway has only recently become a country hosting any substantial number of immigrants; the past decade has seen a surge in annual immigration, with numbers almost doubling between 2005 and 2011. People of Somali origin make up a small percentage of the overall immigrant population, but are among the largest refugee groups. Somali immigrants in Norway are young: 80 percent are under 40, and 80 percent of the second generation—children born in Norway to Somali immigrant parents—is under the age of 10. Somali communities are concentrated in the urban areas of Norway, especially Oslo, where they are the third-largest immigrant group in the city.

Somalis in Oslo is part of a seven-city research series, Somalis in European Cities, by the Open Society Foundations' At Home in Europe project, which examines the realities of people from Somali backgrounds in Amsterdam, Copenhagen, Helsinki, Malmo, Leicester, London, and Oslo. 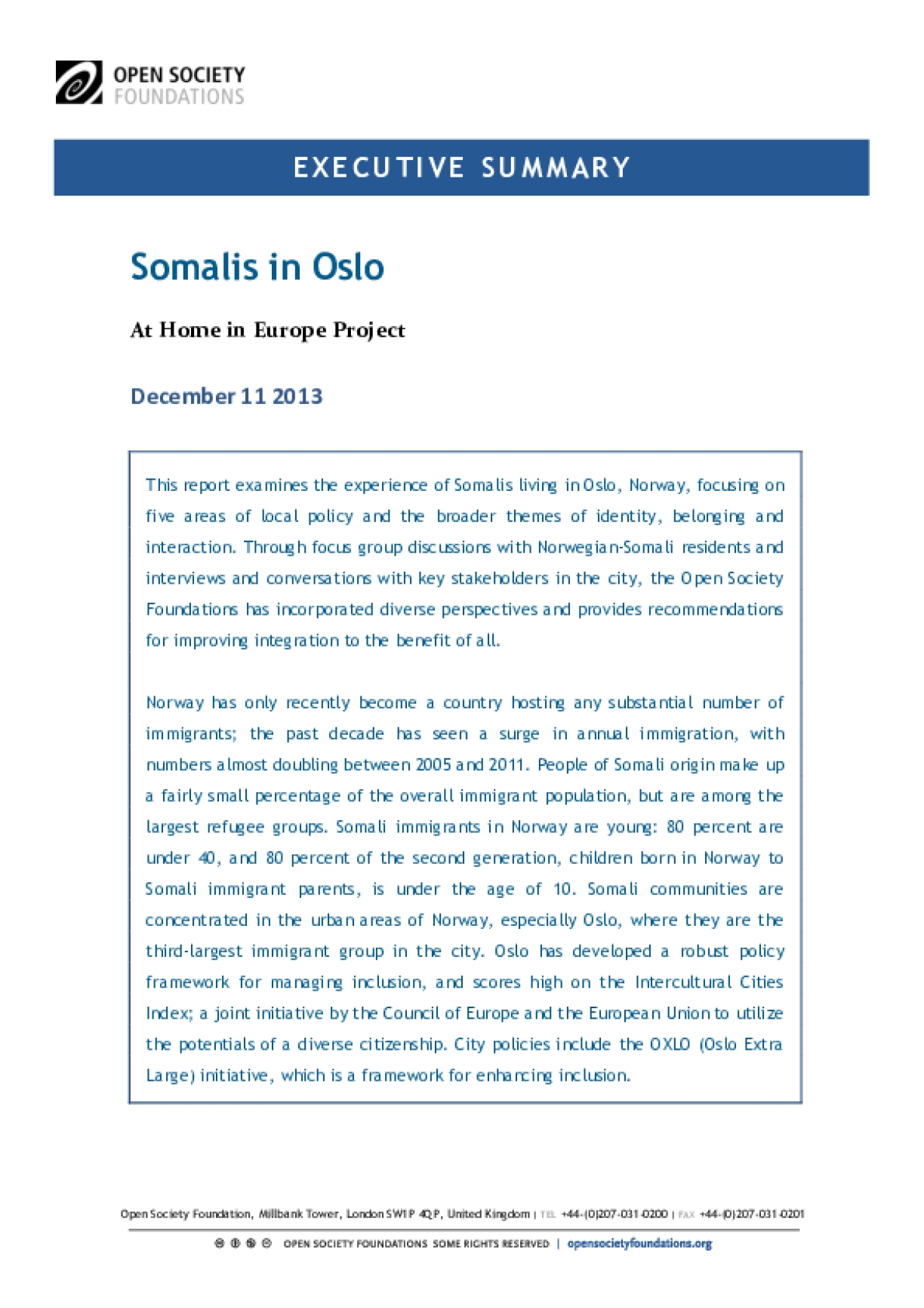