In August 2013, the board of the California Endowment approved a seven-year, $50 million investment in Sons & Brothers, to close the health gap for boys and young men of color, as part of its Building Healthy Communities strategy. This case study explores the first years of this work and the contributions made by the Endowment to support a statewide movement around boys and young men of color. 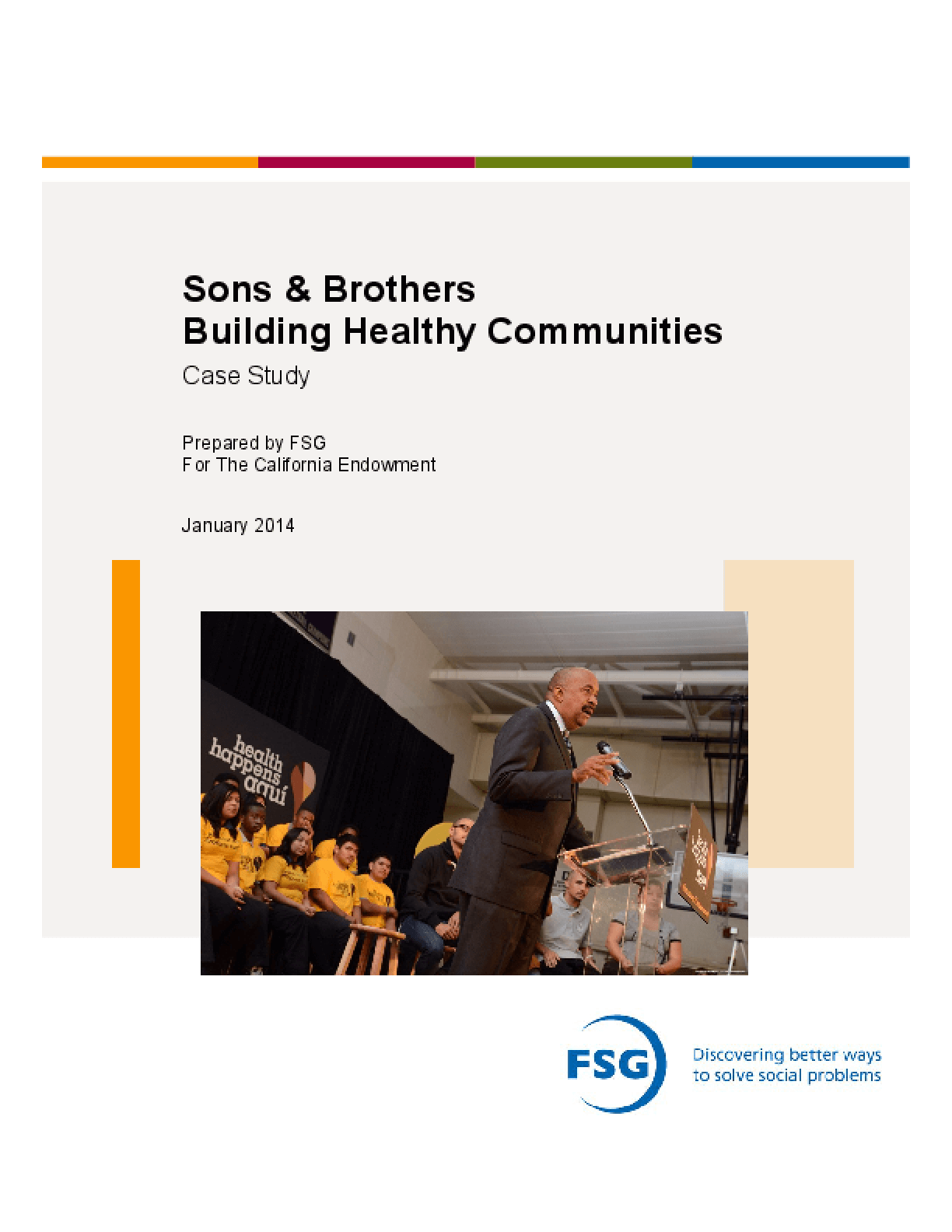