In 2009, following five decades of Foundation growth and impact, the Board of Directors for this family philanthropy chose to spend down all assets. In the words of its founder, this decision reflected a commitment to finding lasting solutions to California's critical challenges "sooner rather than later." The spend-down horizon was initially set for eight years and then adjusted to establish 2020 as the Foundation's end date.

In the series, "Sooner Rather Than Later: The S. D. Bechtel, Jr. Foundation Spend-down Journey", the Foundation documented its journey to inform the interests and practices of other philanthropies that are considering or conducting a spend down. Chapter 2 of the series describes the evolution of the Foundation's major program investments and initiatives during the central spend-down years. 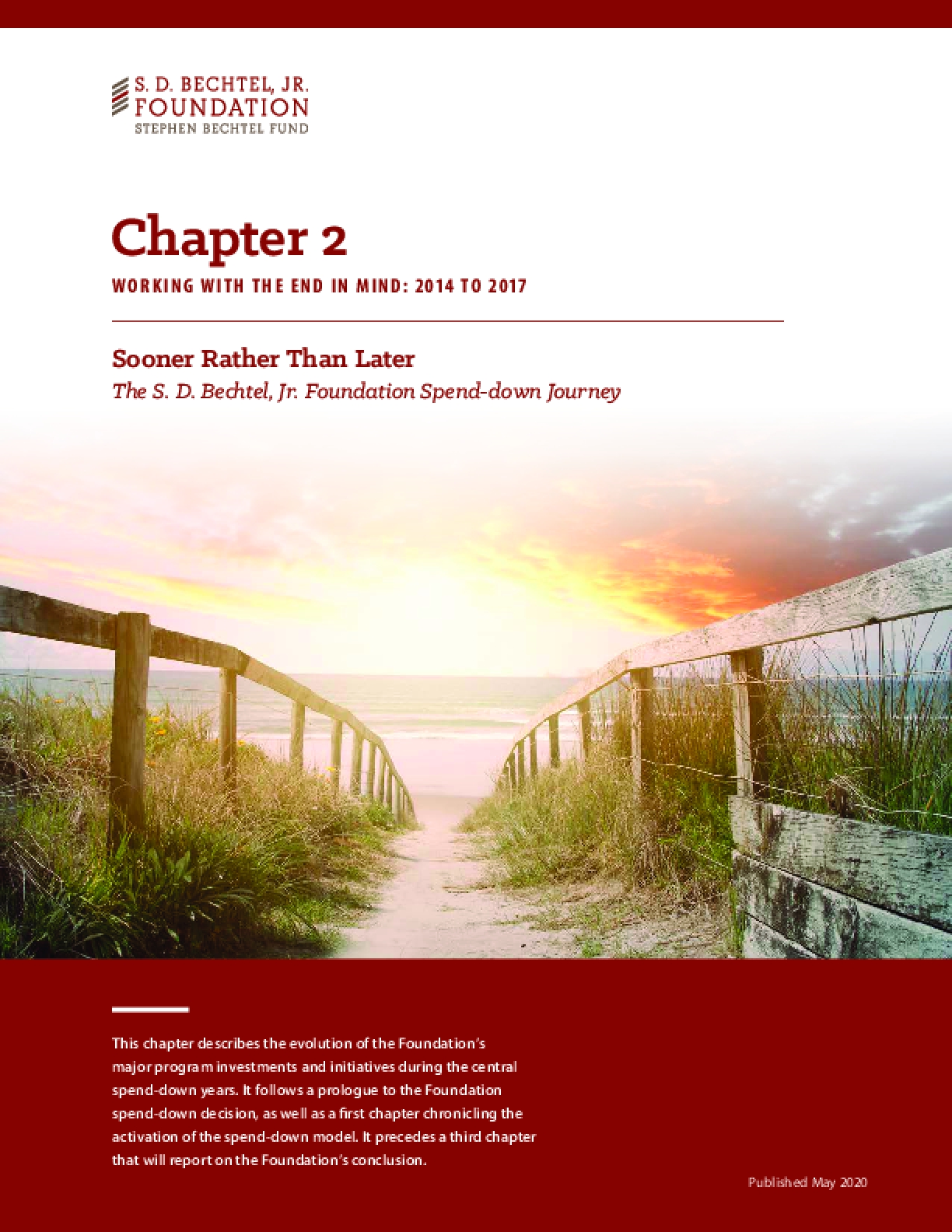