Spending Millions to Save Billions: The Campaign of the Super Wealthy to Kill the Estate Tax

The multimillion-dollar lobbying effort to repeal the federal estate tax has been aggressively led by 18 super-wealthy families, according this report by Public Citizen and United for a Fair Economy. The report details for the first time the vast money, influence and deceptive marketing techniques behind the rhetoric in the campaign to repeal the tax. It reveals how 18 families worth a total of $185.5 billion have financed and coordinated a 10-year effort to repeal the estate tax, a move that would collectively net them a windfall of $71.6 billion. The report profiles the families and their businesses, which include the families behind Wal-Mart, Gallo wine, Campbell's soup, and Mars Inc., maker of M&Ms. Collectively, the list includes the first- and third-largest privately held companies in the United States, the richest family in Alabama and the world's largest retailer. These families have sought to keep their activities anonymous by using associations to represent them and by forming a massive coalition of business and trade associations dedicated to pushing for estate tax repeal. The report details the groups they have hidden behind -- the trade associations they have used, the lobbyists they have hired, and the anti-estate tax political action committees, 527s and organizations to which they have donated heavily. In a massive public relations campaign, the families have also misled the country by giving the mistaken impression that the estate tax affects most Americans. In particular, they have used small businesses and family farms as poster children for repeal, saying that the estate tax destroys both of these groups. But just more than one-fourth of one percent of all estates will owe any estate taxes in 2006. And the American Farm Bureau, a member of the anti-estate tax coalition, was unable when asked by The New York Times to cite a single example of a family being forced to sell its farm because of estate tax liability. 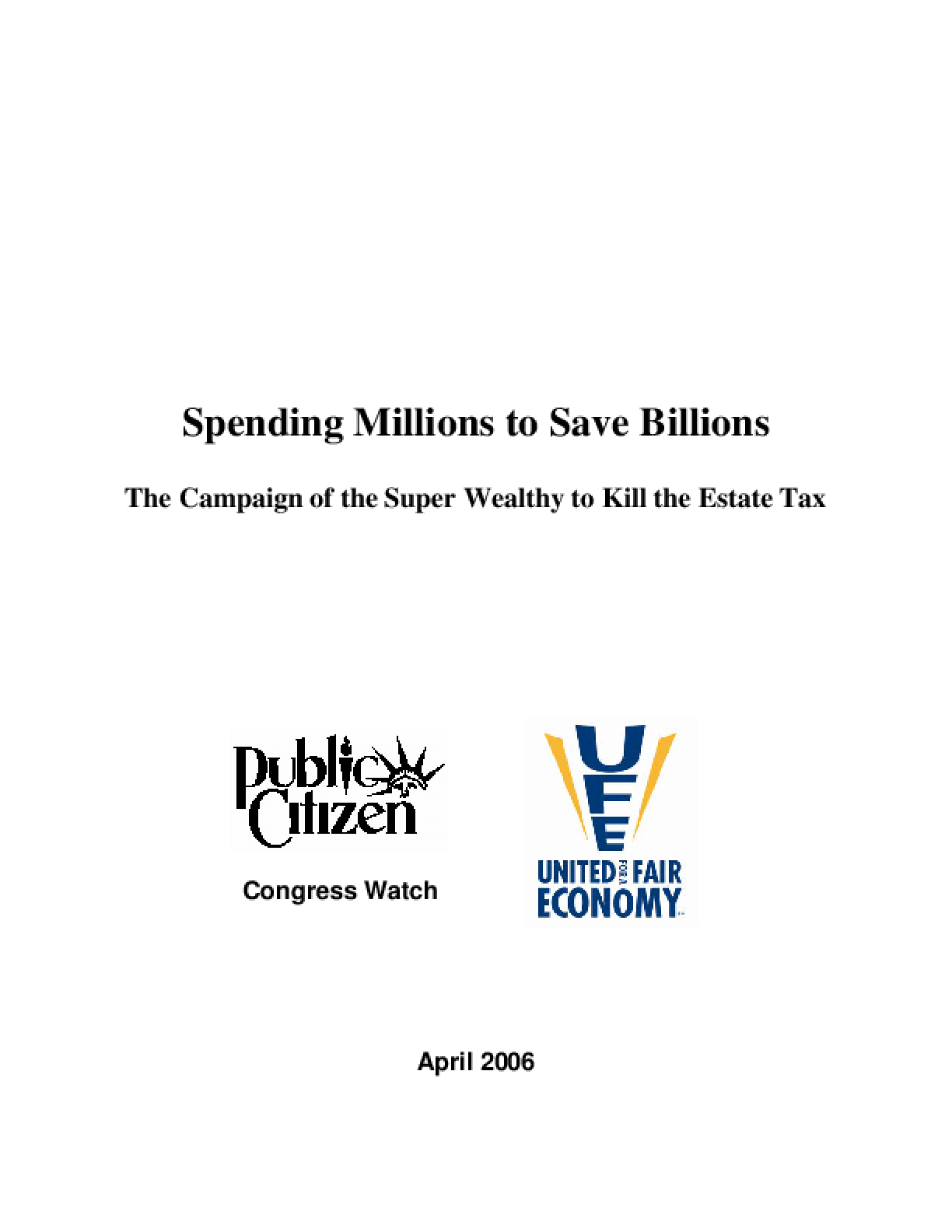