The Government Accountability Office has stated, "For decades…the public has been concerned that dogs and cats used in research could be treated inhumanely…."

Indeed, in 1966, the U.S. Congress passed the primary federal law governing the use of animals in laboratories—the Animal Welfare Act—in response to public outcry about the inhumane procurement and treatment of dogs destined for experimentation laboratories. Specifically, LIFE and Sports Illustrated ran features exposing dealers who collected lost and stolen dogs and sold them to laboratories. At the time, LIFE reported that it received more letters about this article than any other in the magazine's history. Unfortunately, half a century after the creation of the AWA, the federal government secretively still conducts and funds invasive, bizarre, wasteful and deadly laboratory experiments on dogs. The White Coat Waste Project (WCW) reviewed public records that reveal that each year, federal agency laboratories purchase beagles, hounds and mixed-breed dogs—even puppies—just to cut them apart, infect them, make them sick, and kill them in taxpayer-funded experiments. 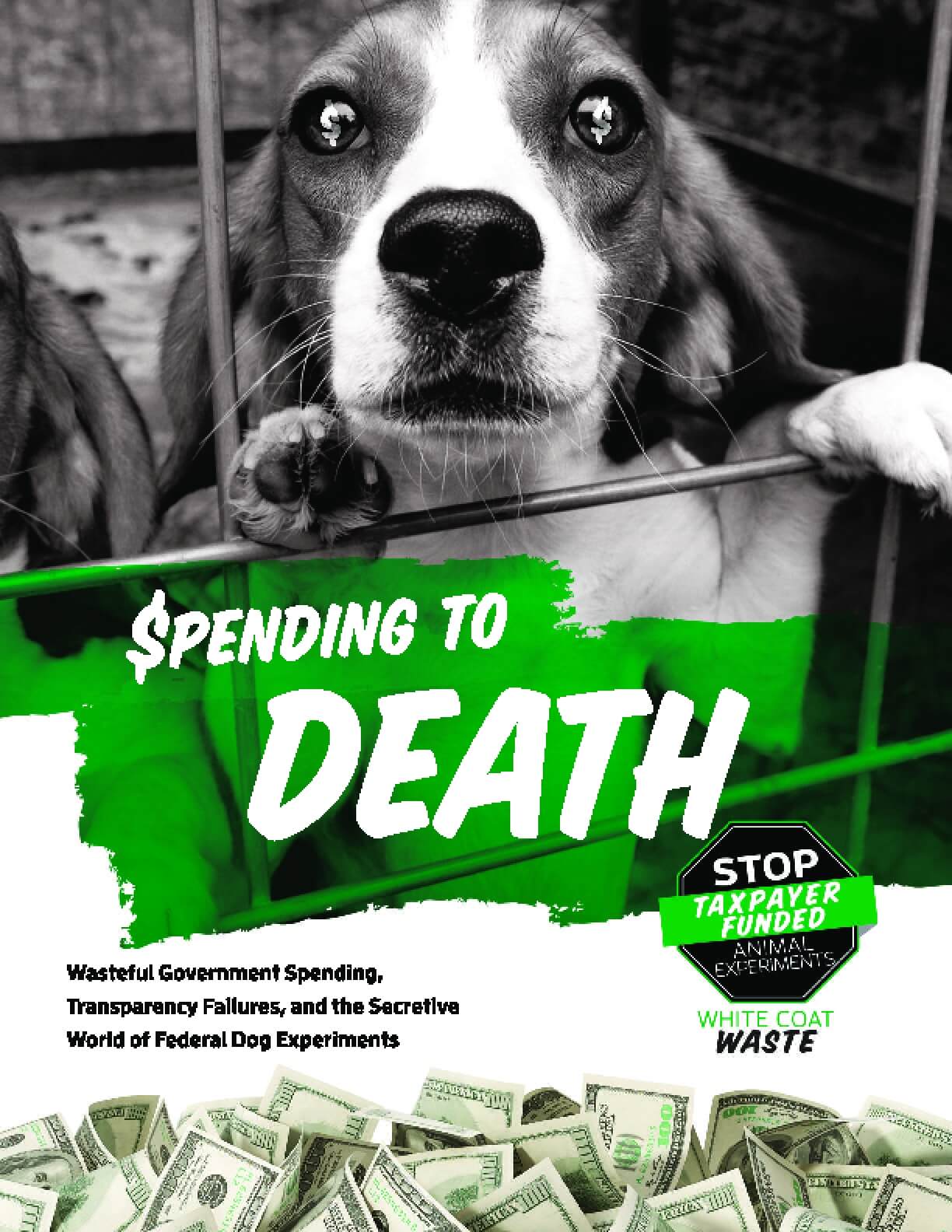