These recommendations aim to inform the provision of spiritual care for people receiving palliative care in sub-Saharan Africaby providing evidence-based guidance for palliative care service providers. The recommendations are designed to be broad and adaptable to different local conditions, so that they are applicable across sub-Saharan Africa, and to complement and facilitate the attainment of the APCA standard on spiritual care. 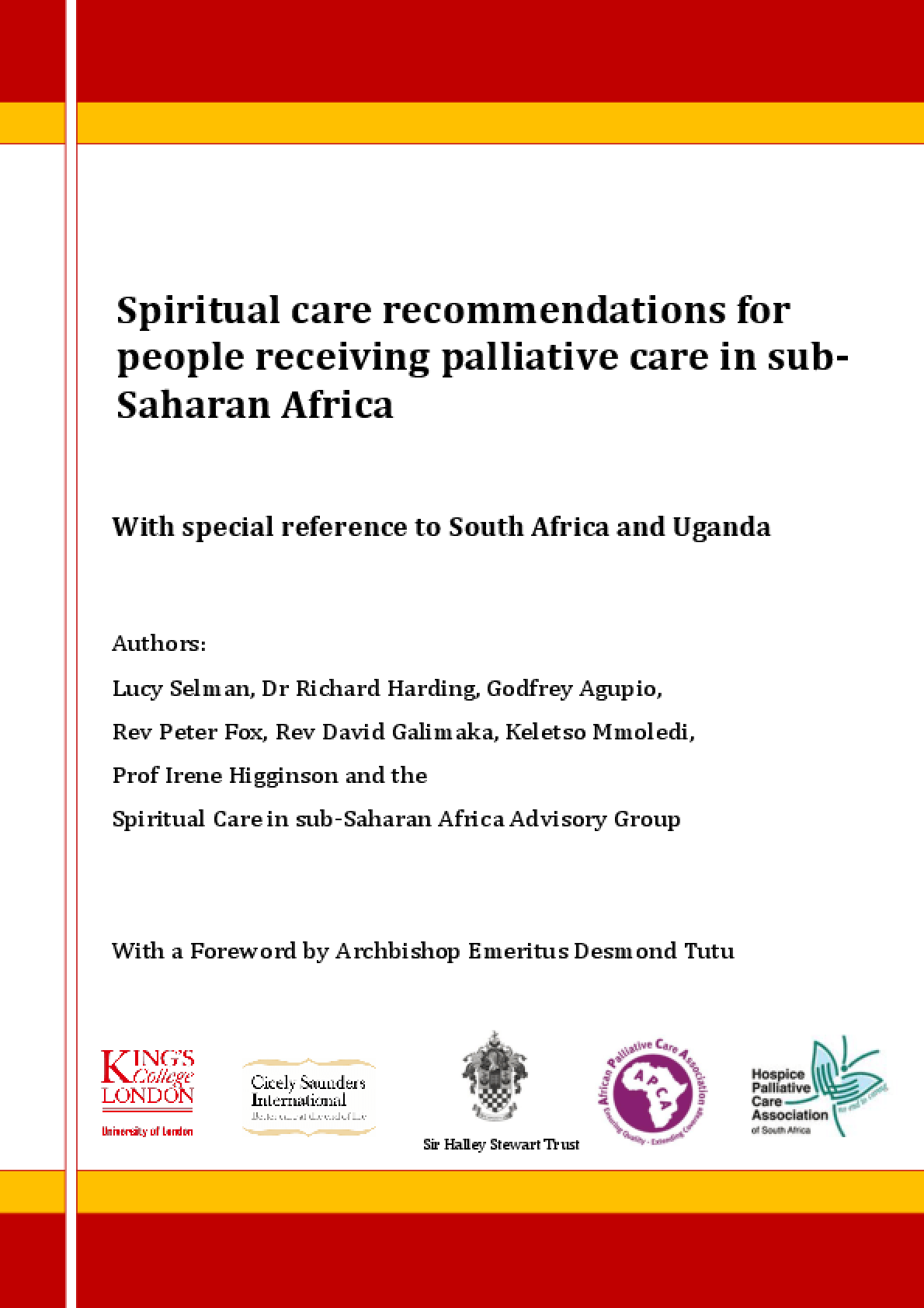