The Math in Common (MiC) initiative was launched in 2013, amid the introduction of many education policy changes in California. The California State Board of Education adopted the Common Core State Standards for Mathematics (CCSS-M) in 2010, although there was a delay in associated state policy supports for CCSS-M implementation. For instance, there was no state-approved list of CCSS-M–aligned instructional materials until 2014, and the frst standards-aligned summative achievement test was not administered until spring 2015.

The MiC initiative aimed to support 10 California districts in implementing the CCSS-M and improving mathematics teaching and learning in grades K–8. Another goal of the initiative was for participating districts to identify and share best practices that could help the state's other 900-plus districts accelerate implementation of the CCSS-M and improve their math achievement (S.D. Bechtel, Jr. Foundation, 2012).

Five years into the initiative, and with several years of data available from the state's standards-aligned summative achievement test, the California Assessment of Student Performance and Progress (CAASPP), we are in a position to examine some trends in student achievement scores in the CCSS-M era. Analyzing these data can help us understand how MiC districts, with their infusion of both material and intellectual resources, are performing in relation to the state mathematics standards, and how this progress looks when compared to peer districts and to districts across the entire state.

This report documents the uneven math gains made by MiC districts, schools, and students, by analyzing the patterns of those gains, which range from outperforming statewide trends to more moderate growth. While progress in student achievement in the MiC districts has been slow, there are some promising signs to share with the feld. 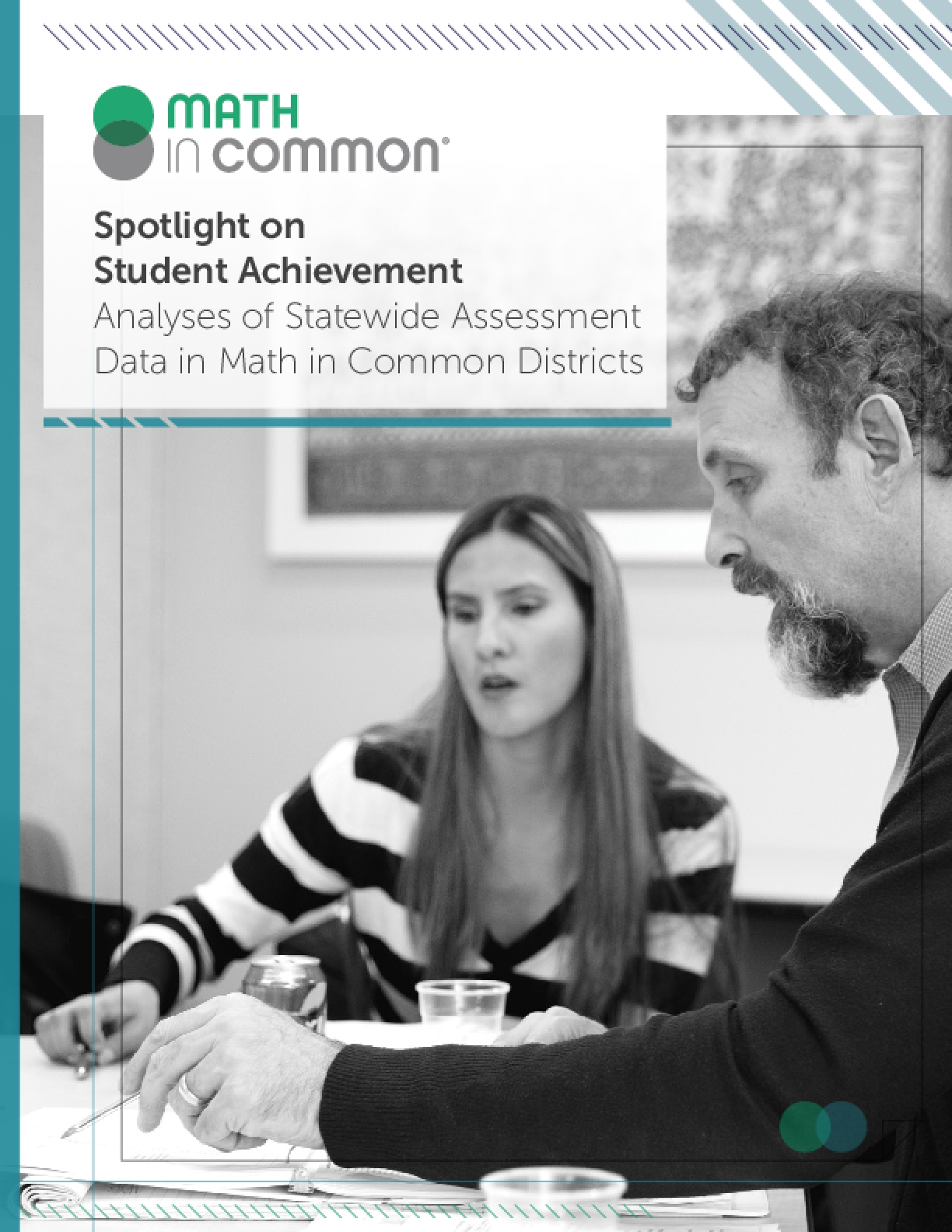