Spotlight on Subsidies: Cereal injustice under the CAP in Britain

The Common Agricultural Policy (CAP) lavishes subsidies on some of Britain's wealthiest farmers and landlords. Losers include small farmers, consumers, taxpayers, and the environment in the UK - and millions of people in developing countries. Current reform plans do not go far enough. The 'new' CAP will still overwhelmingly benefit a wealthy minority in Britain, and finance the export dumping that causes poverty in developing countries. The British Government should be doing far more to demand fundamental reform. 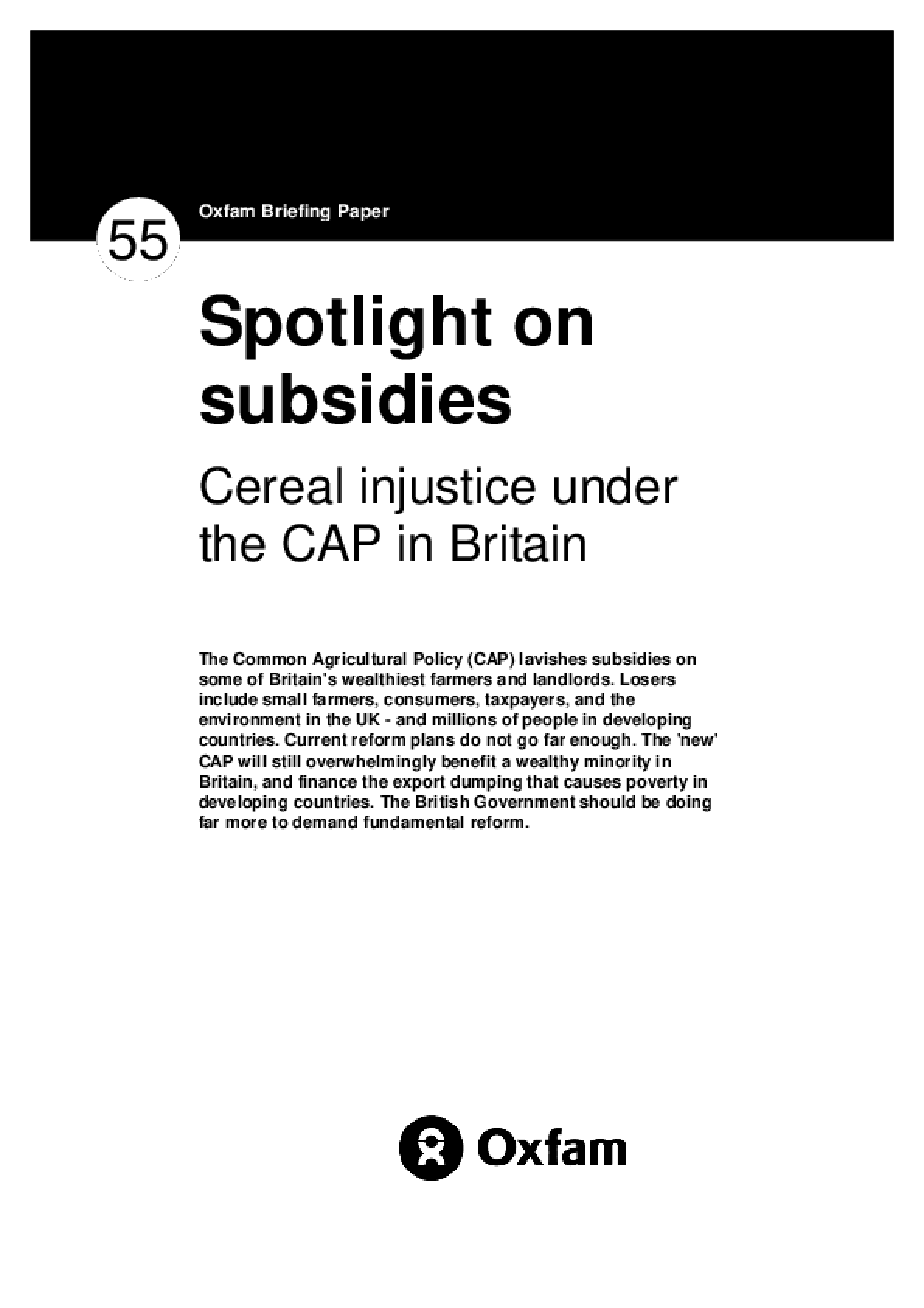