Stakeholders' Views on the Movement to Reduce Youth Incarceration

Youth incarceration rates have changed dramatically over the past 10 years . Following two decades of "tough-on-crime" policies and steep surges in juvenile incarceration during the 1980s and 1990s, the field is now seeing sharp reductions in youth confinement . The latest data from the US Justice Department showed that the rate of youth in confinement dropped 41% between 2001 and 2011 . Since 2001, 48 states have experienced such a decline . Several states cut their confinement rates by half or more . Juvenile facilities have closed in a dozen states, with more than 50 facilities closing in the past five years alone .The National Council on Crime and Delinquency (NCCD) decided to seek the opinions of system stakeholders regarding these changes . These stakeholders included advocates who successfully pressured their local systems to adopt reforms; the majority of study participants work inside the system as judges, probation chiefs, probation officers, directors of child welfare agencies, elected officials, and district attorneys. Through interviews and listening sessions, these system stakeholders expressed their beliefs that declining youth crime and rising costs were key drivers of the current trend . Additionally, respondents said that many of these successes were driven by successful legislation, innovative incentives built into state budgets, decisions to place youth close to home, and supervision strategies that rely on positive relationships between youth and their families. 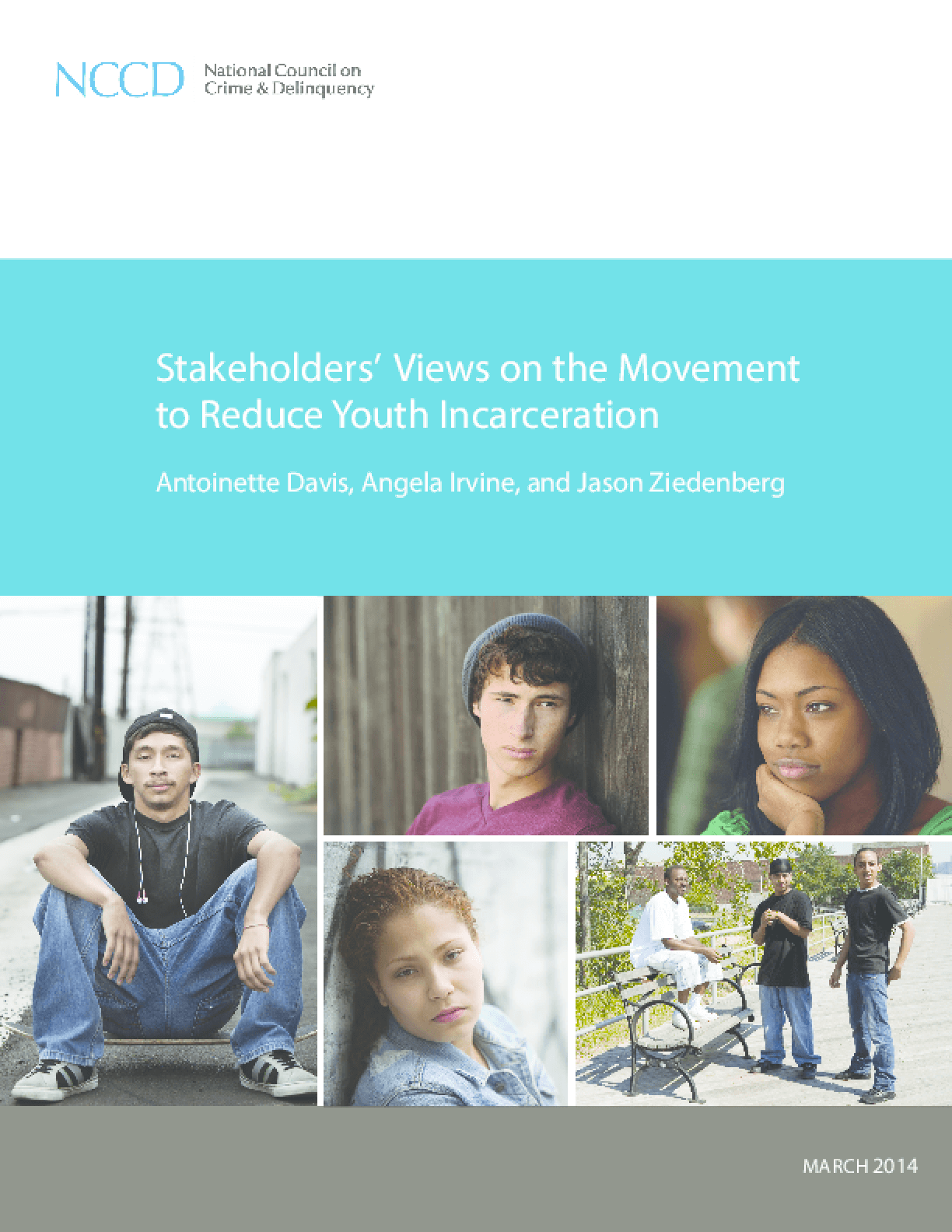