Staring at the Sun: An Inquiry into Compulsory Campaign Finance Donor Disclosure Laws

Since the Supreme Court's 2010 decision in Citizens United v. Federal Election Commission, proponents of stricter campaign finance regulation have increasingly prescribed "disclosure" as an antidote to "dark money" in politics. Advocates of more extensive donor disclosure laws typically invoke Supreme Court Justice Louis Brandeis's famous maxim that "sunlight is said to be the best of disinfectants," but they seldom acknowledge the harm of excessive sunlight. This paper urges a more critical and balanced look at the issue, especially concerning disclosure requirements for independent political speech (i.e., speech that is not coordinated with candidates). Of primary focus is the Court's jurisprudence in this area, which is often invoked to support additional compulsory donor disclosure laws but lacks coherence, especially as it applies to independent speech. Even assuming that the Court's jurisprudence in this area remains sound, many arguments being advanced for compulsory donor disclosure laws are untethered from the justifications the Court has articulated, rendering them especially susceptible to challenge in litigation. This paper concludes with recommendations on how, and how not, to enact disclosure laws. Specifically, disclosure laws should be changed to make sure they allow citizens to keep tabs on public officials rather than enable officials to oversee citizens. Current disclosure thresholds should be raised significantly. Disclosure requirements for independent speech should be limited significantly, given that such mandates do not serve traditional justifications for disclosure. 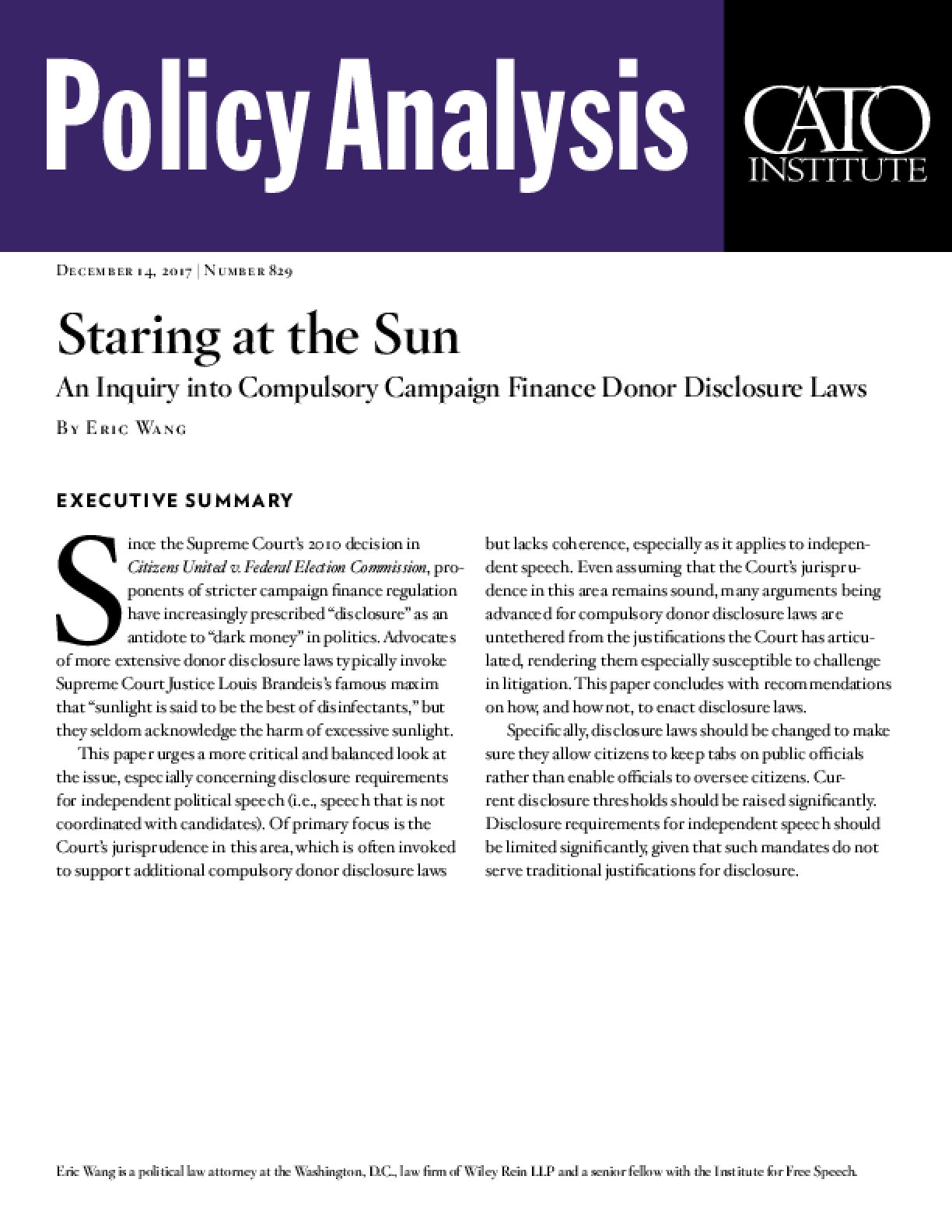