The Affordable Care Act protects people from being charged more for insurance based on factors like medical history or gender and establishes new limits on how insurers can adjust premiums for age, tobacco use, and geography. This brief examines how states have implemented these federal reforms in their individual health insurance markets. We identify state rating standards for the first year of full implementation of reform and explore critical considerations weighed by policymakers as they determined how to adopt the law's requirements. Most states took the opportunity to customize at least some aspect of their rating standards. Interviews with state regulators reveal that many states pursued implementation strategies intended primarily to minimize market disruption and premium shock and therefore established standards as consistent as possible with existing rules or market practice. Meanwhile, some states used the transition period to strengthen consumer protections, particularly with respect to tobacco rating. 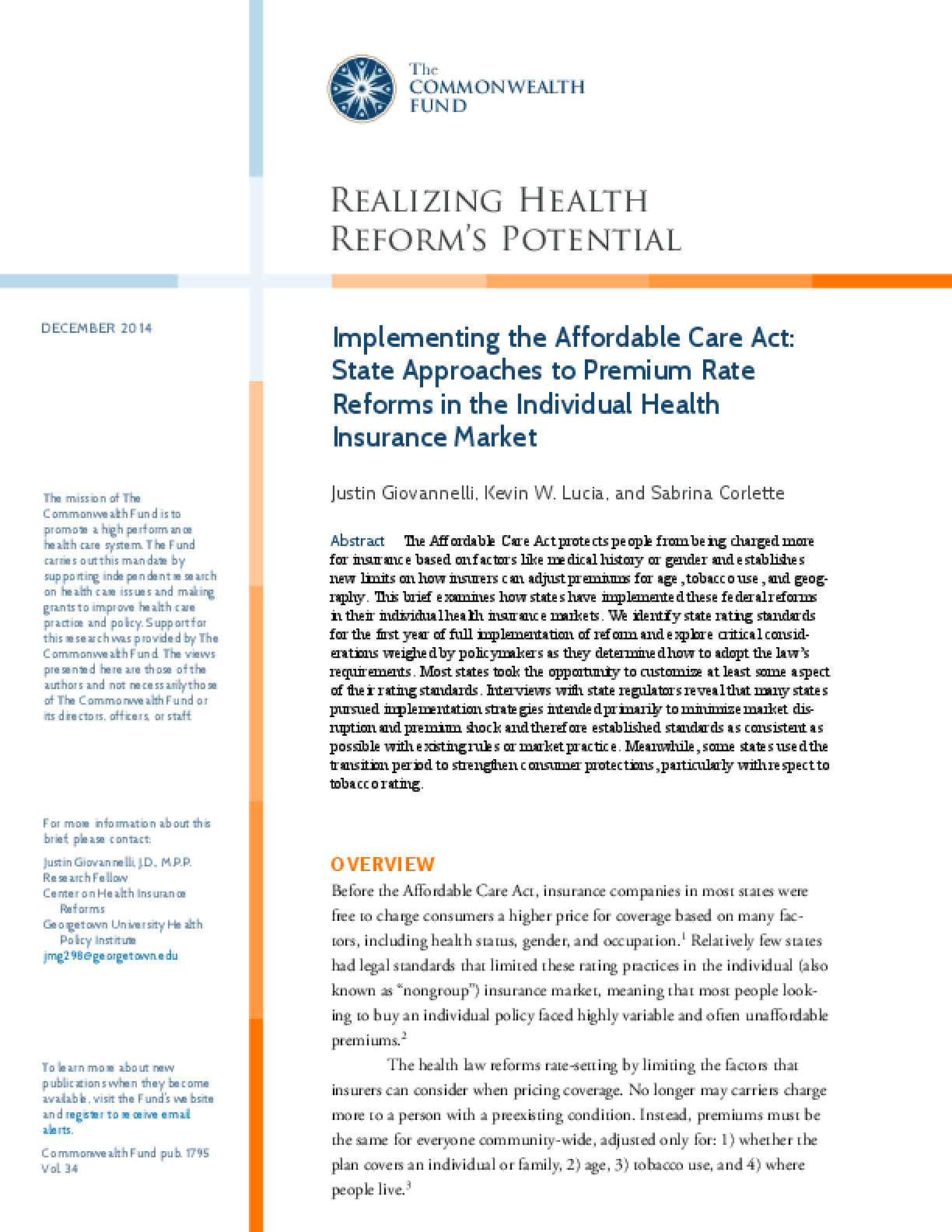