Deep cutbacks in state funding have jeopardized two high-need programs that help Illinois households that are at immediate risk of becoming homeless, or already homeless and trying to get re-housed. Illinois' Homeless Prevention Grant program has had yearly funding cut by 87% ($9.5 million) since FY 2008, and Emergency and Transitional Housing was cut by 52% ($4.7 million) in the FY 2012 state budget. An October 2011 survey shows that because of these cuts, as we head into the winter months: 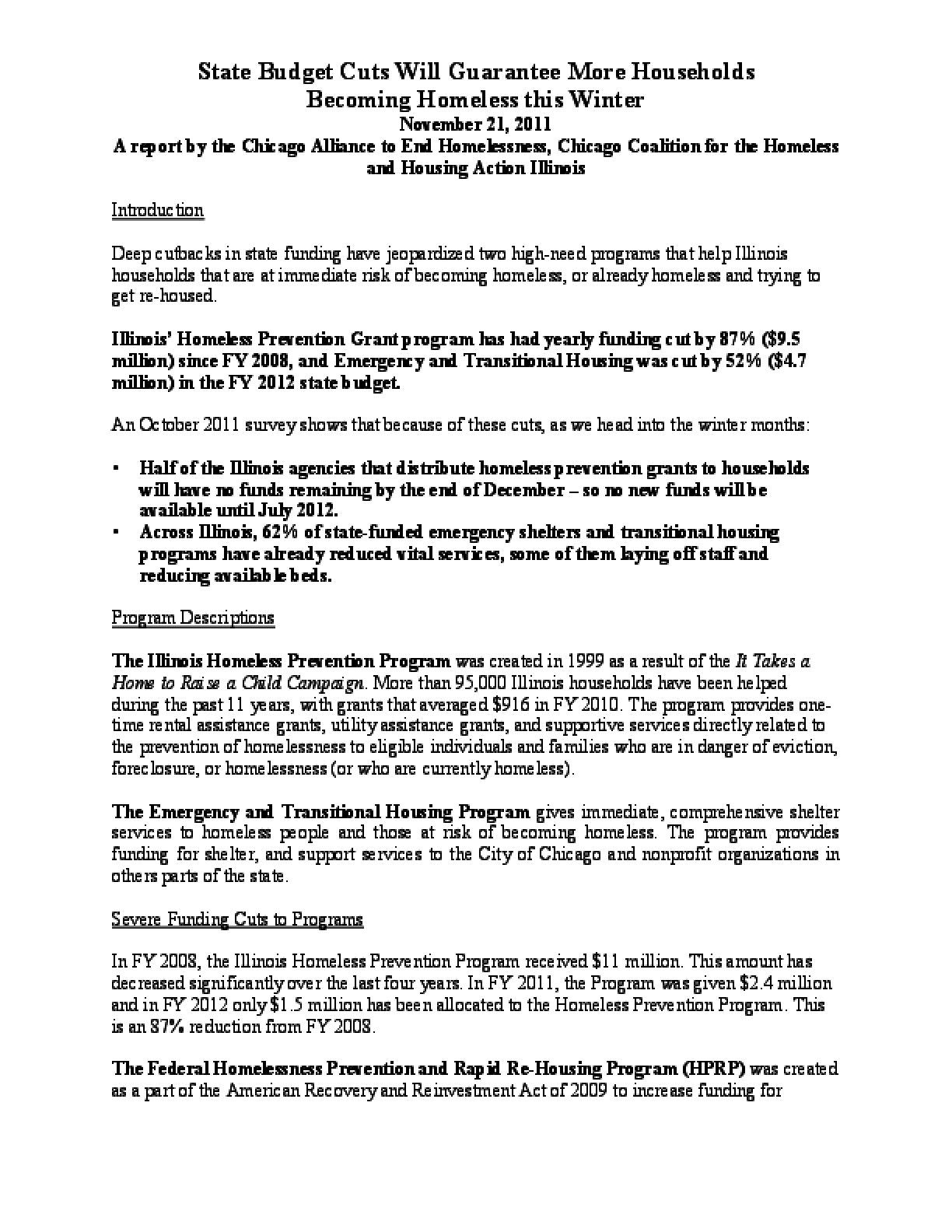