The federal Earned Income Tax Credit (EITC) is one of the largest anti-poverty programs in the nation, offering tax credits to low- and moderate-earning families. The amount of EITC benefits varies by earnings and the number of dependent children in a family, with considerably more generous benefits going to families with children. In addition to the federal EITC, as of 2015, twenty-six states and the District of Columbia provided additional EITC dollars. Most state EITCs are generally structured such that they offer credits equal to a proportion of the federal EITC, varying from 3.5 percent in Louisiana to 40 percent in Washington, DC. 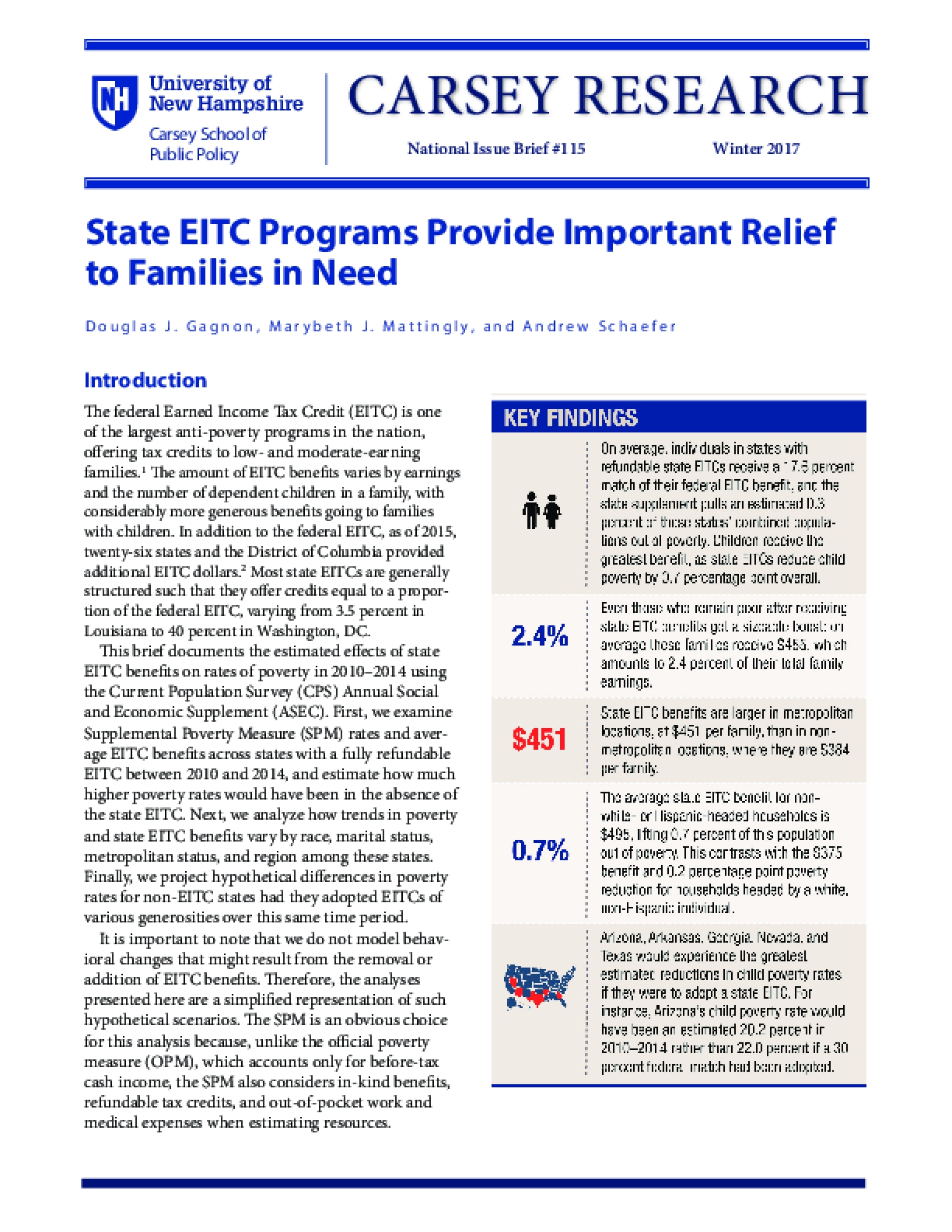