Eight years after the Great Recession sent the U.S. newspaper industry into a tailspin, the pressures facing America's newsrooms have intensified to nothing less than a reorganization of the industry itself, one that impacts the experiences of even those news consumers unaware of the tectonic shifts taking place. In 2015, the newspaper sector had perhaps the worst year since the recession and its immediate aftermath. Average weekday newspaper circulation, print and digital combined, fell another 7% in 2015, the greatest decline since 2010. While digital circulation crept up slightly (2% for weekday), it accounts for only 22% of total circulation. And any digital subscription gains or traffic increases have still not translated into game-changing revenue solutions. In 2015, total advertising revenue among publicly traded companies declined nearly 8%, including losses not just in print, but digital as well. This is the Pew Research Center's annual analysis of the state of the organizations that produce the news and make news available to the public day in and day out. Understanding the industry in turn allows researchers to ask and answer important questions about the relationship between information and democracy. Within this report we provide data on 13 separate segments of the news industry, each with its own data-filled fact sheet. Each individual fact sheet contains embeddable graphics that also link to a full database of roughly 80 charts and tables that pull from roughly 20 different sources. This overview highlights and weaves together audience, economic, newsroom investment and ownership trends across the industry. 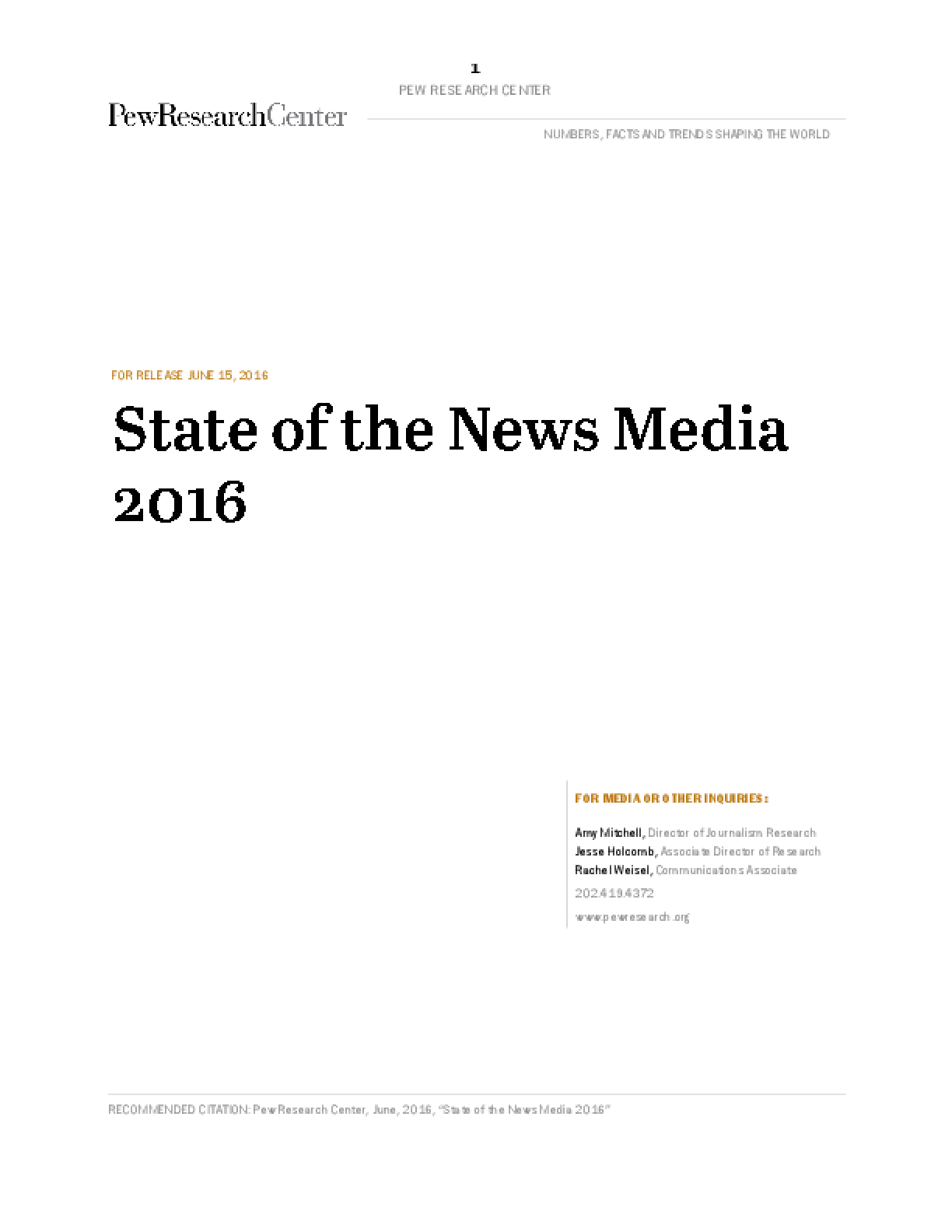