The "State of the Air 2017" found continued improvement in air quality in 2013-2015 in ozone and year-round particle pollution, but an unrelenting increase in dangerous spikes in particle pollution. These trends demonstrate the continued need to support and enforce the Clean Air Act to protect the nation from unhealthy air. The "State of the Air 2017" report shows that cleaning up pollution continues successfully in much of the nation. In the 25 cities with the worst ozone and year-round particle pollution, the majority saw improvements from last year. Many again reached their lowest levels ever of these widespread air pollutants. Yet, even as most cities experienced strong improvement, too many cities suffered worse episodes of unhealthy air. While most of the nation has much cleaner air quality than even a decade ago, many cities reported their highest number of unhealthy days since the report began, including some that experienced extreme weather events.

The "State of the Air 2017" report shows that, even with continued improvement, too many people in the United States live where the air is unhealthy for them to breathe. Despite that continued need and the nation's progress, some people seek to weaken the Clean Air Act, the public health law that has driven the cuts in pollution since 1970, and to undermine the ability of the nation to fight for healthy air. The "State of the Air 2017" report looks at levels of ozone and particle pollution found in official monitoring sites across the United States in 2013, 2014 and 2015. The report uses the most current quality-assured nationwide data available for these analyses. The report examines particle pollution (PM2.5) in two different ways: averaged year-round (annual average) and over short-term levels (24-hour). For both ozone and short-term particle pollution, the analysis uses a weighted average number of days that allows recognition of places with higher levels of pollution. For the year-round particle pollution rankings, the report uses averages calculated and reported by the U.S. Environmental Protection Agency (EPA). For comparison, the "State of the Air 2016" report covered data from 2012, 2013 and 2014. 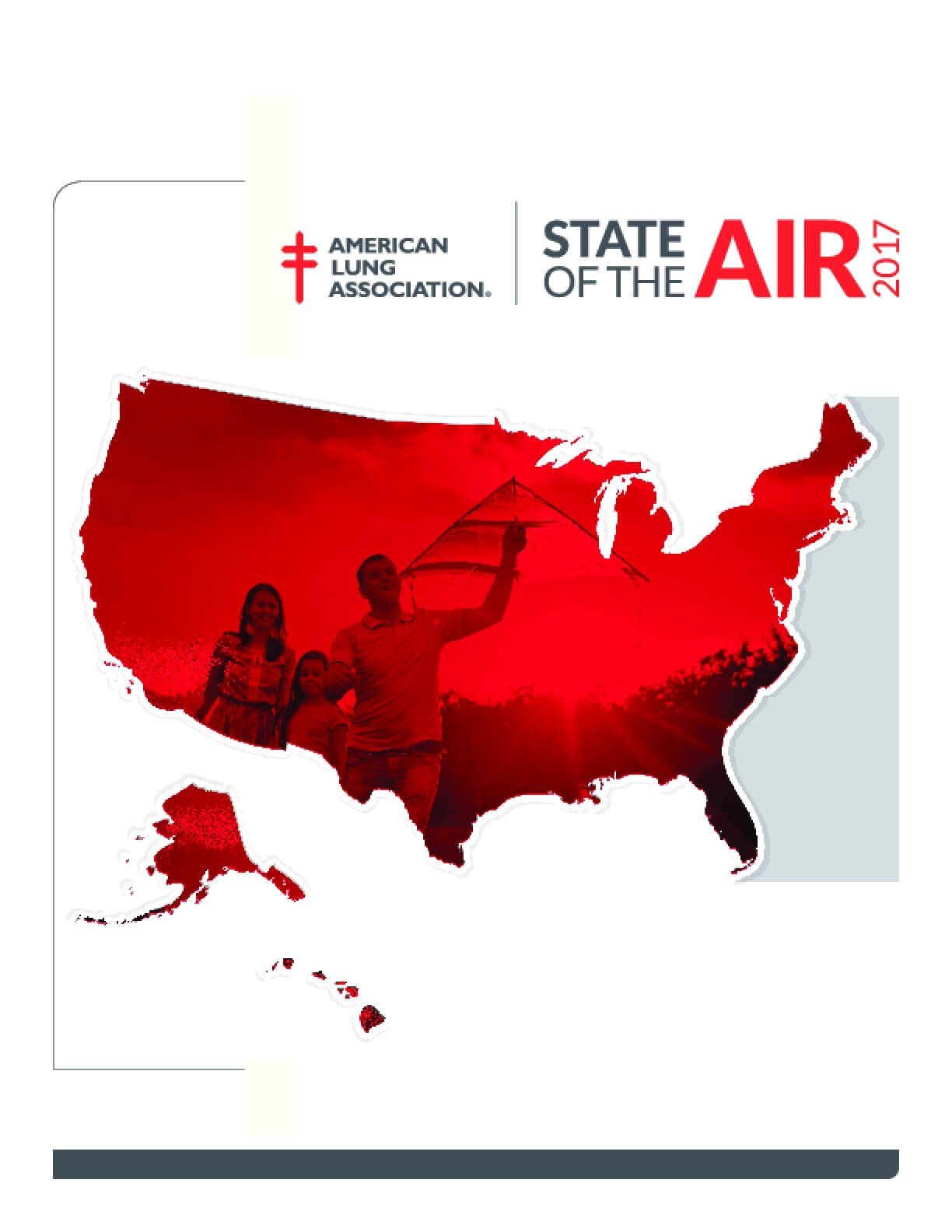