Ingenuity's second "State of the Arts in Chicago Public Schools" details the progress made in the 2013-14 school year on the goals and recommendations set forth in the City's first-ever CPS Arts Education Plan which was approved by the Chicago Board of Education in November of 2012.

Among the findings from the report is that CPS schools have increased arts instruction, staffing, partnerships and funding during the second year of implementing the CPS Arts Education Plan.

The report also finds that combined District and external funds committed to arts education in CPS increased 11 percent, or by nearly $14 million -- most of which has been dedicated to CPS' hiring of credentialed arts instructors. 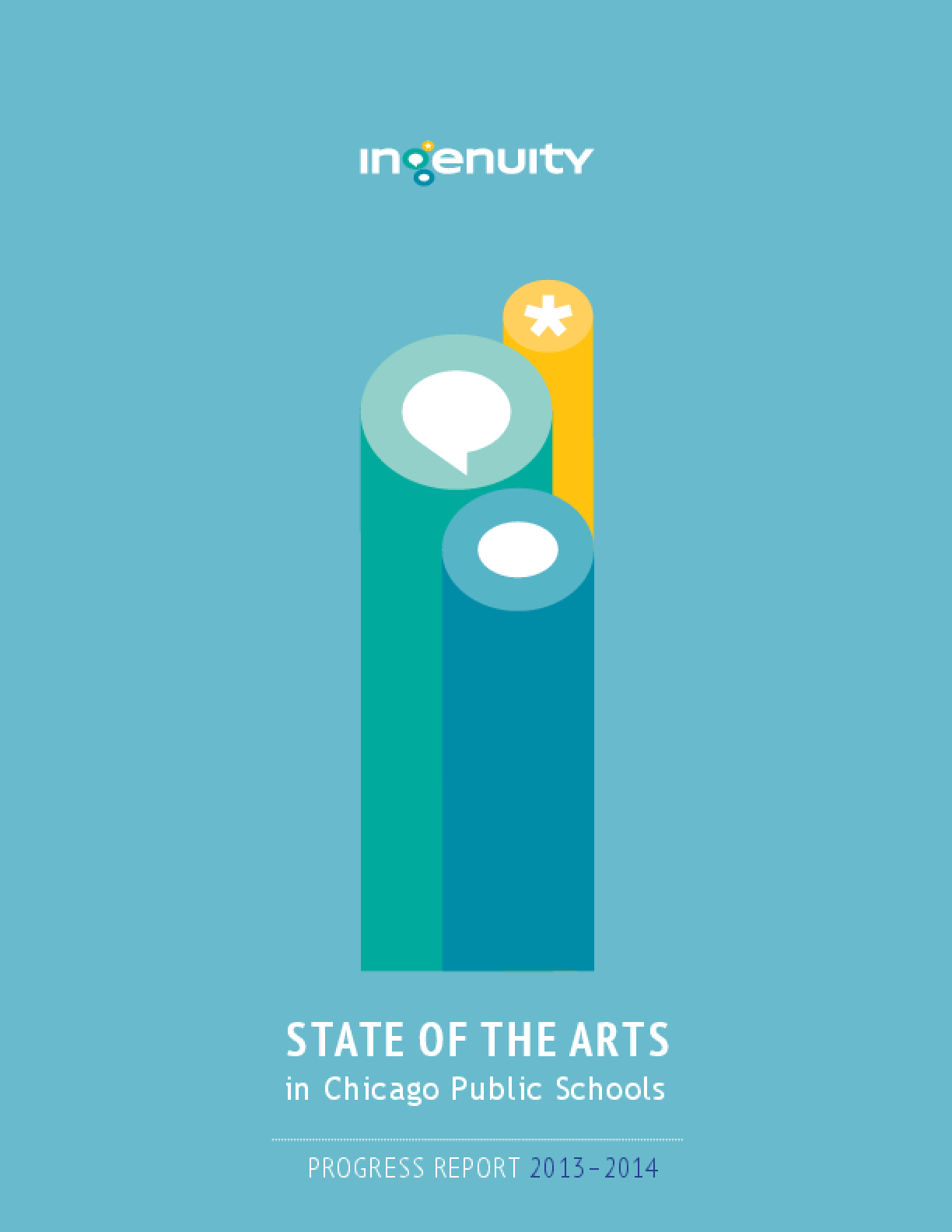