In 2004, the Jessie Ball duPont Fund chose to underwrite an ambitious piece of research designed to quantify the number and type of nonprofit organizations present in Duval County, Florida, and evaluate their financial health over time. The results of that research were reported in STATE OF THE SECTOR: THE CHANGING CHARACTER OF DUVAL COUNTY NONPROFITS, which was released publicly in February 2005.

The report documented the presence of nonprofits in Duval County between tax years 1998 and 2002. Included in the survey were all 686 501(c)(3) organizations based in Duval County that had filed informational tax returns with the IRS for any year during that five-year period.

Among the report's findings:

In fall 2005, the Fund chose to underwrite a one-year update of the original research, adding data through tax year 2003. This research was designed not only to update the original survey, but to help evaluate the merits of annual updates.

This report – STATE OF THE SECTOR – DUVAL COUNTY NONPROFITS: 2006 UPDATE – builds on the original research and focuses primarily on recent changes in the sector. 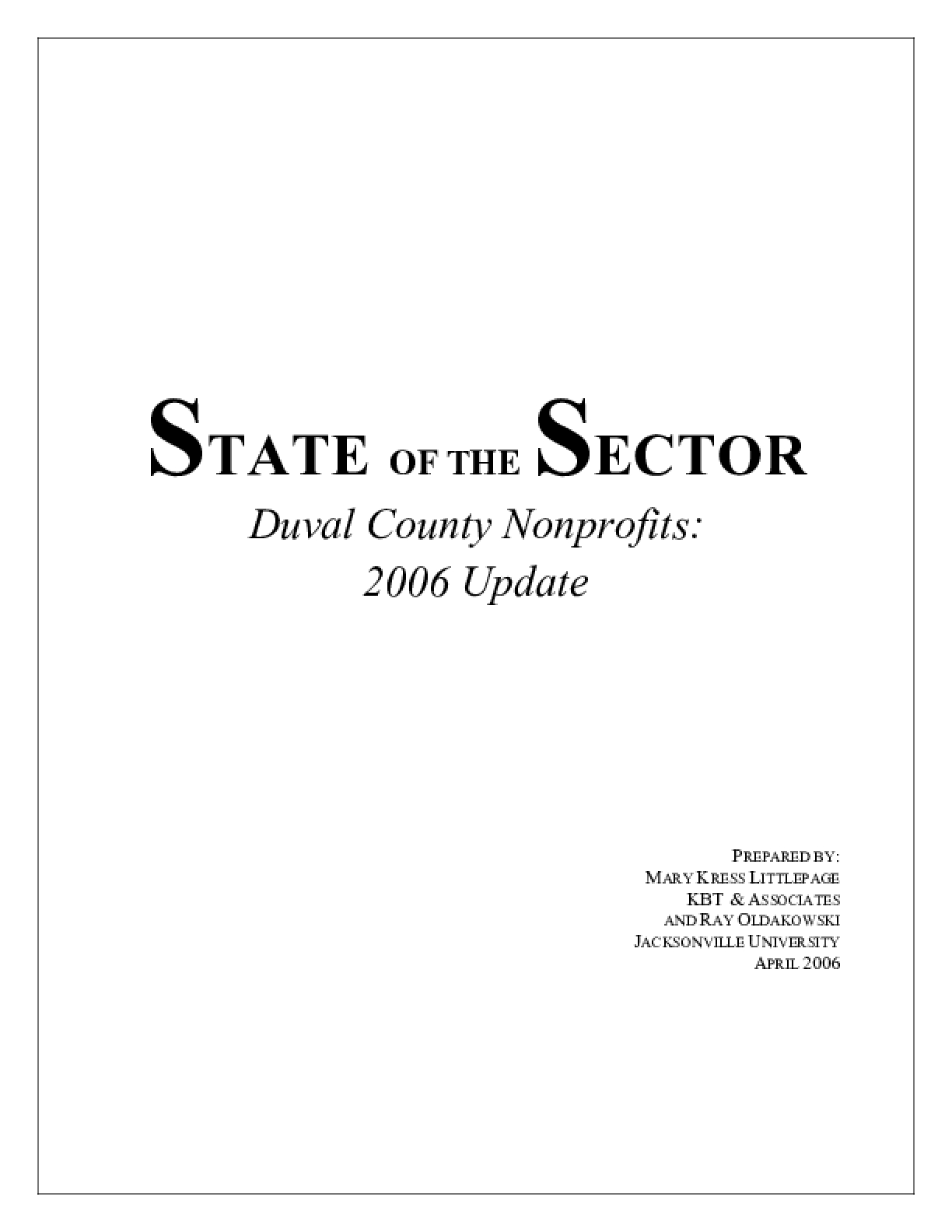