State of the World 2004: Special Focus The Consumer Society

A Bangladeshi child eats a bowl of rice. An American child plays with a plastic doll. A woman in Finland talks on a cell phone. A man in Zimbabwe fills his car with gasoline. A Japanese woman reads a newspaper. Think of the objects you buy and use in any given day. Now, try to imagine that there are more than 1.7 billion human beings in the consumer society -- and their numbers are growing yearly. In many cases, excessive consumption burdens societies with bulging landfills, declining fish stocks, and rising obesity levels. Meanwhile, there are still another 2.8 billion who consume too little and who suffer from hunger, homelessness, and poverty. On the Worldwatch Institute's thirtieth anniversary, this special edition of State of the World examines how we consume, why we consume, and what impact our consumption choices have on the planet and our fellow human beings. From factory-farmed chicken to old-growth lumber to gas-guzzling cars, many of the things we buy support destructive industries. But businesses, governments, and concerned citizens can harness this same purchasing power to build markets for less-hazardous products, including fair-traded foods, green power, and fuel-cell vehicles. With chapters on food, water, energy, the politics of consumption, and redefining the good life, Worldwatch's award-winning research team asks whether a less-consumptive society is possible -- and then argues that it is essential. 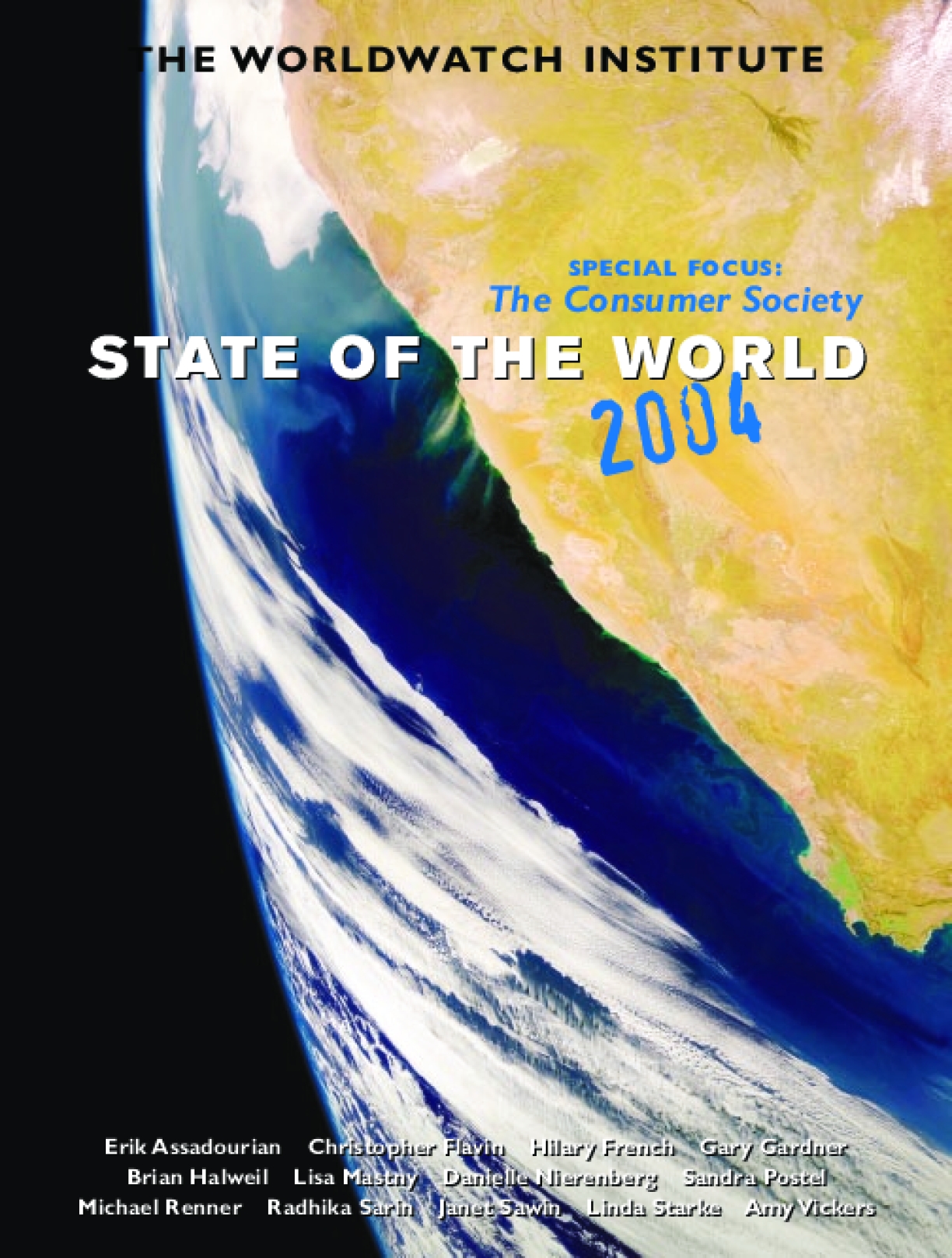