Over the past forty years the prison population in the United States has skyrocketed 600% and the number of Americans with felony convictions has grown to 19.8 million adults or 8.6% of the adult population. According to the National Employment Law Project (NELP), an estimated 65 million Americans have a criminal record. Although it might be reasonable to assume that individuals who have completed their sentences are free from conviction-related constraints, according to Attorney General Eric Holder, the American Bar Association (ABA) has identified over 38,000 penalties, called collateral consequences that can impact people long after they complete their criminal sentence. 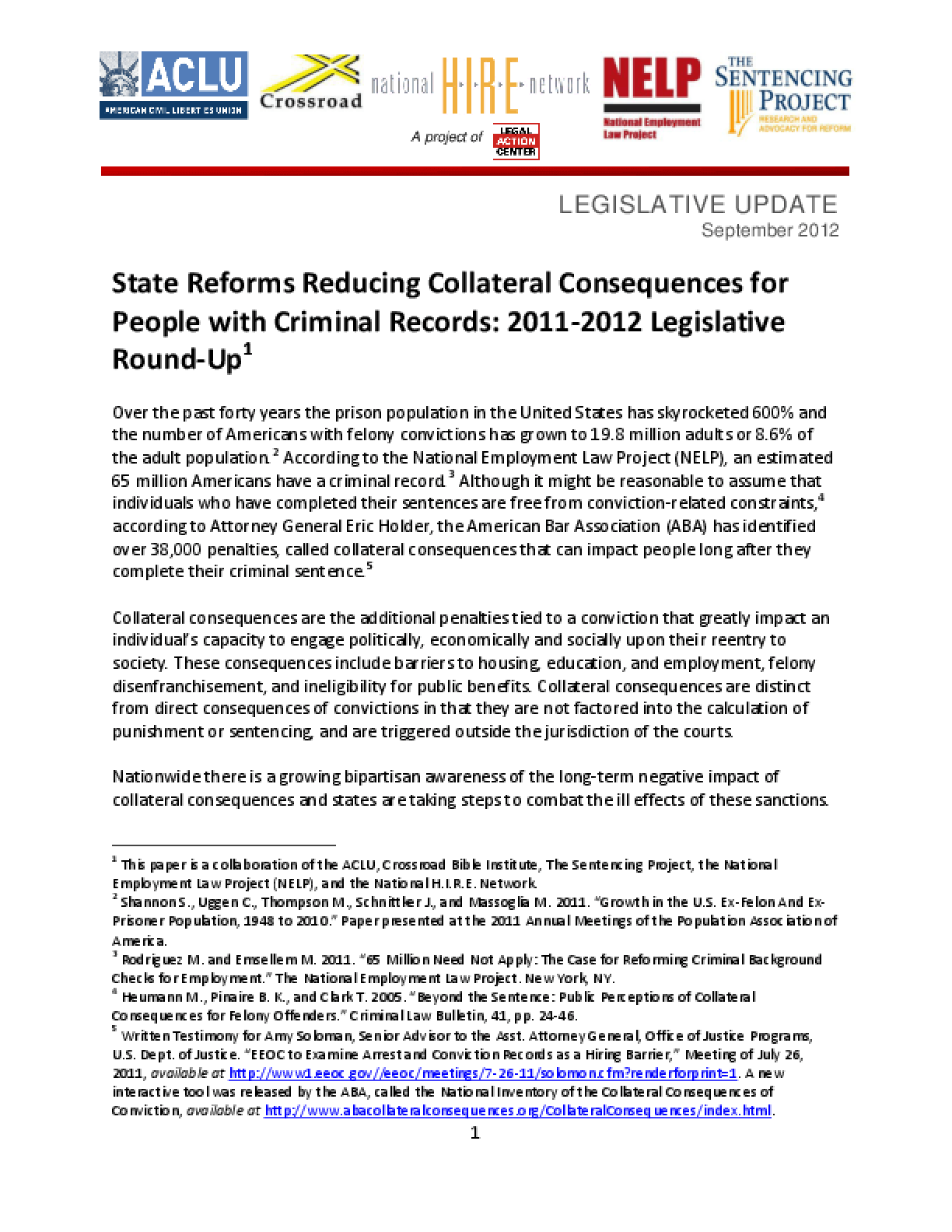