State Trends in the Cost of Employer Health Insurance Coverage, 2003-2013

From 2010 to 2013—the years following the implementation of the Affordable Care Act—there has been a marked slowdown in premium growth in 31 states and the District of Columbia. Yet, the costs employees and their families pay out-of-pocket for deductibles and their share of premiums continued to rise, consuming a greater share of incomes across the country. In all but a handful of states, average deductibles more than doubled over the past decade for employees working in large and small firms. Workers are paying more but getting less protective benefits. Costs are particularly high, compared with median income, in Southern and South Central states, where incomes are below the national average. Based on recent forecasts that predict an uptick in private insurance growth rates starting in 2015, securing slow cost growth for workers, families, and employers will likely require action to address rising costs of medical care services. 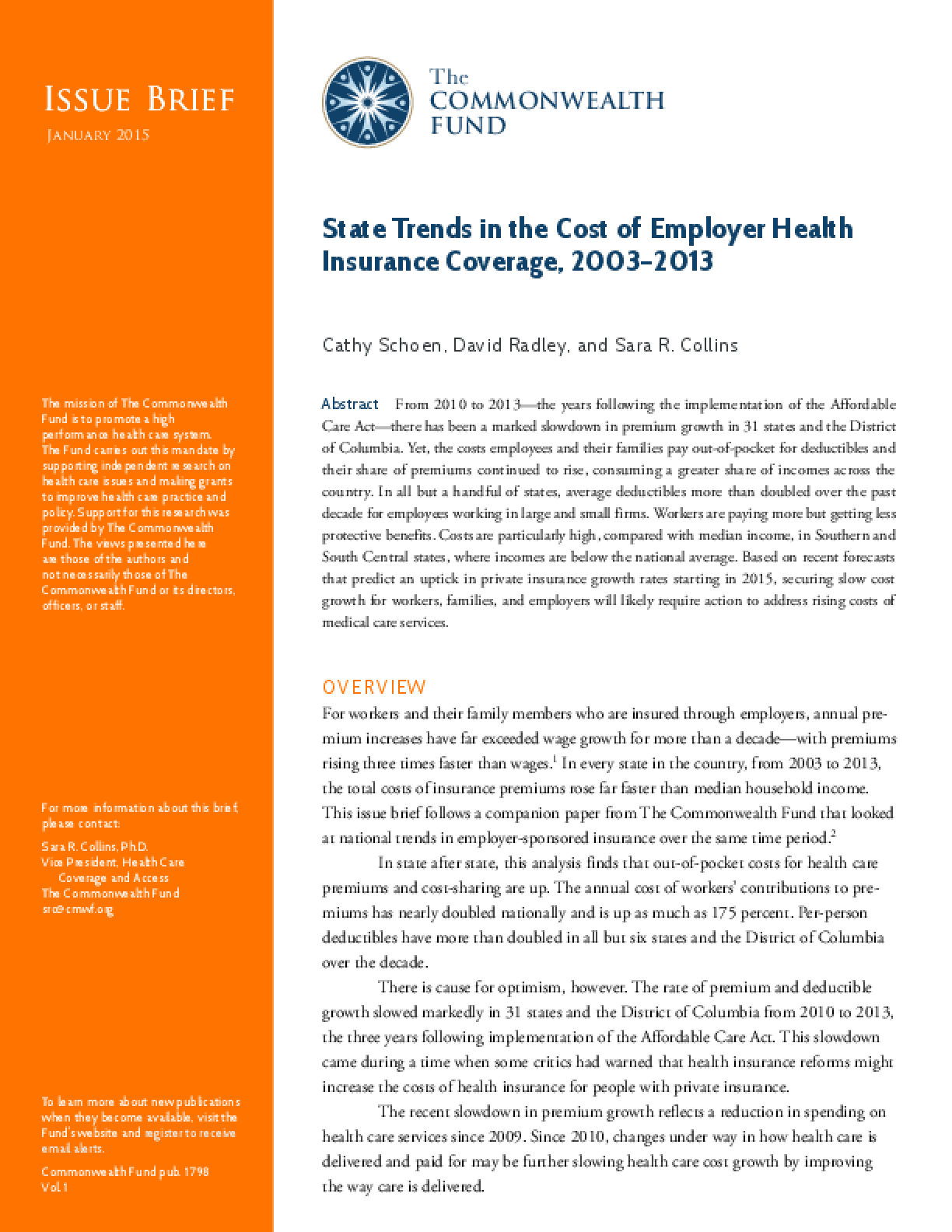