Across the nation, large budget gaps are forcing state governments to make tough policy choices. While some states are trying to control spending, others are turning to tax increases to balance their budgets. Some state officials are trying to pass the buck for their poor fiscal management by pleading for a bailout from Washington. But a bailout would encourage states to continue overspending, which is the source of the current fiscal mess. The states' mistake was to allow rapid tax revenue growth during the 1990s to fuel an unsustainable expansion in spending. Between fiscal years 1990 and 2001, state tax revenue grew 86 percent--more than the 55 percent of inflation plus population growth. If states had limited spending growth to that benchmark, budgets would have been $93 billion smaller by FY01--representing savings roughly twice the size of today's state budget gaps. If revenue growth higher than the benchmark had been given back to taxpayers in permanent tax cuts and annual rebates, rebates could have been temporarily suspended during FY02 and FY03 to provide a cushion with which to balance state budgets. Current budget gaps provide policymakers an opportunity to weed out the budget excesses built up during the past decade. Yet overall state spending continues to grow. After soaring 8.0 percent in FY01, state general fund spending has not been cut in FY02 or FY03 even as large budget gaps have appeared. States should impose tax and spending growth caps to prevent budgets from growing too quickly during the next boom. Revenue growth above a benchmark would be given back in tax cuts and tax rebates. That would prevent spending from increasing too quickly and provide the option of suspending rebates during slowdowns to close budget gaps without the damage caused by tax rate increases. 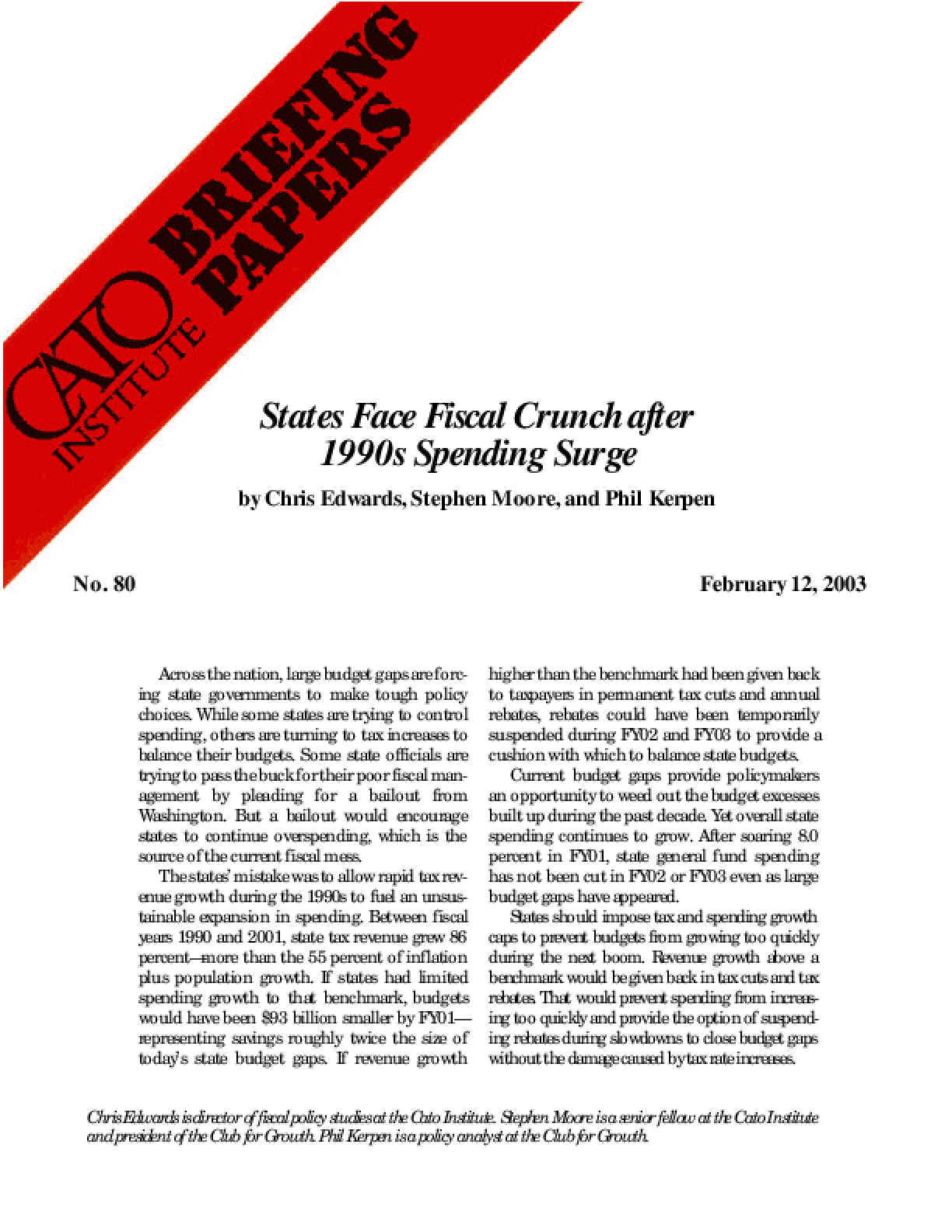