The MBTA's Commuter Rail is getting new scrutiny as part of a set of solutions to Eastern Massachusetts' three interrelated problems of transportation, housing costs, and income inequality. At the moment, the far-flung rail system functions more or less as the name suggests: carrying workers in and out of Boston during typical commuting hours. The state is currently conducting a "Rail Vision" study examining new ways of running the service, and a diverse set of proposals have made the rounds of political and policy leadership and advocacy groups.

This new survey shows that, if policymakers are serious about remaking commuter rail as part of the solution for those challenges, residents would be willing to get on board. One idea is to remake commuter rail a "regional rail" network, with more frequent and robust service less oriented towards commuting in and out of Boston. Such a network would encourage riders to take the train to more places, at more times, and for more reasons. It could also spur the creation of jobs and economic development beyond Boston, including long-term efforts to revitalize the state's Gateway Cities. 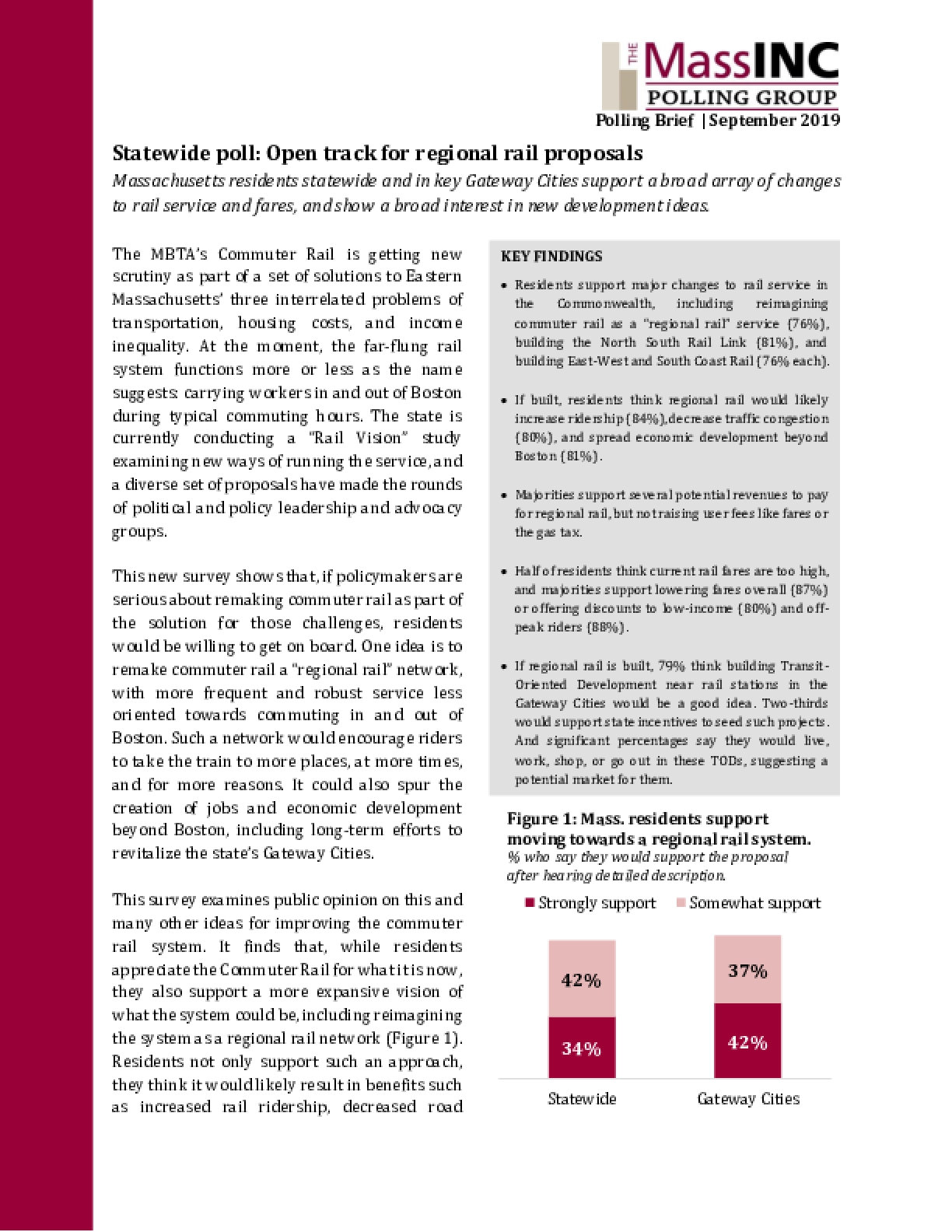