Still Broken: Governments Must Do More to Fix the International Corporate Tax System

The gap between where companies pay tax and where they really do their business is huge, as shown by new research described in this briefing. In 2012, US multinationals alone shifted $500-700bn, mostly to countries where these profits are not taxed, or taxed at very low rates. G20 countries themselves are among the biggest losers. The measures recently announced by the OECD leave the fundamentals of a broken tax system intact and do not stop the race to the bottom in corporate taxation. G20 governments must do more and should strongly support further reforms. 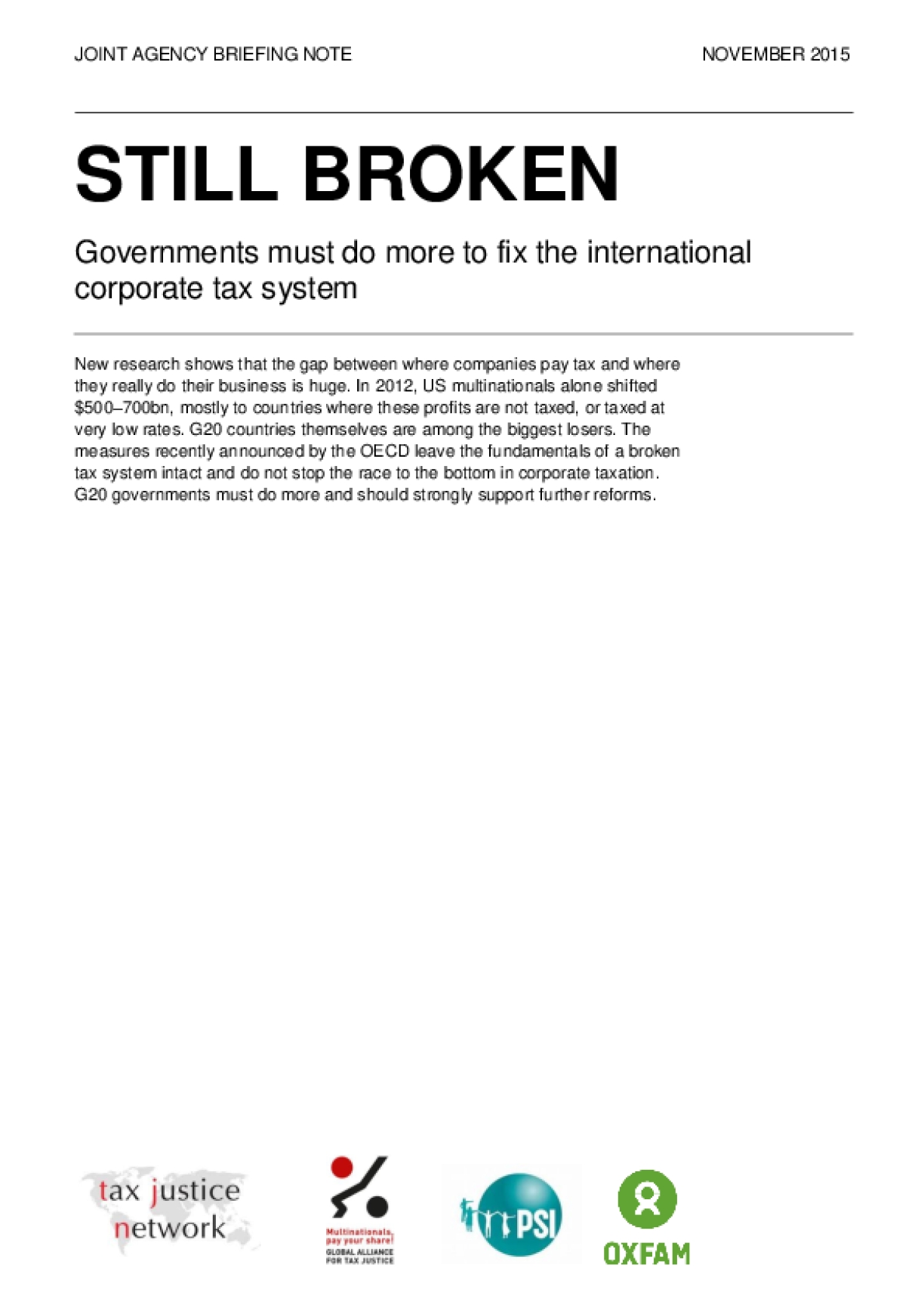