"Still Shortchanged: An Update on Women's Retirement Preparedness" finds that median household income for women aged 65 and older in 2016 was $47,244 or 83 percent of median household income for men, which as at $57,144. The research also finds that caregiving, especially spousal caregiving, has a more detrimental economic impact on women, while divorce makes retirement more difficult for women. This report details the inequalities in retirement savings between men and women, examines the sources of income for men and women in retirement and the ways in which they differ, and considers specific factors that are more likely to negatively impact women, such as divorce and caregiving responsibilities. The analysis was developed using data from the 2014 Survey of Income and Program Participation (SIPP), a household-based survey featuring a nationally representative sample interviewed over a multi-year period. 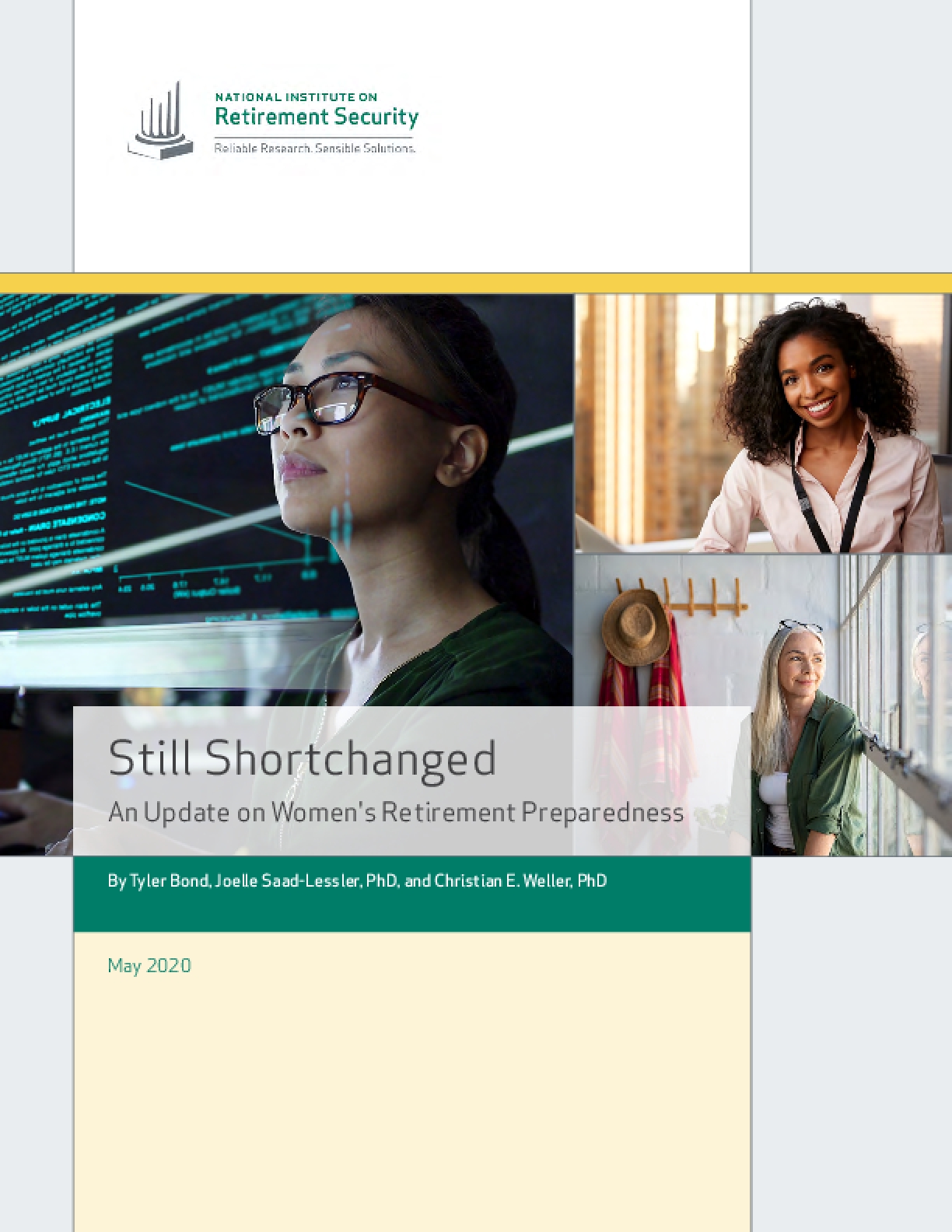