Stop and Frisk: The Human Impact

The New York City Police Department's (NYPD's) aggressive stop-and-frisk practices are having a profound effect on individuals, groups and communities across the city. This report documents some of the human stories behind the staggering statistics and sheds new light on the breadth of impact this policy is having on individuals and groups, in neighborhoods, and citywide. The NYPD stop-and-frisk program affects thousands of people every day in New York City and it is widely acknowledged that an overwhelming majority of those people are Black or Latino. This report shows that many are also members of a range of other communities that are experiencing devastating impact from this program, including LGBTQ/GNC people, non-citizens, homeless people, religious minorities, low-income people, residents of certain neighborhoods and youth. Residents of some New York City neighborhoods describe a police presence so pervasive and hostile that they feel like they are living in a state of siege. 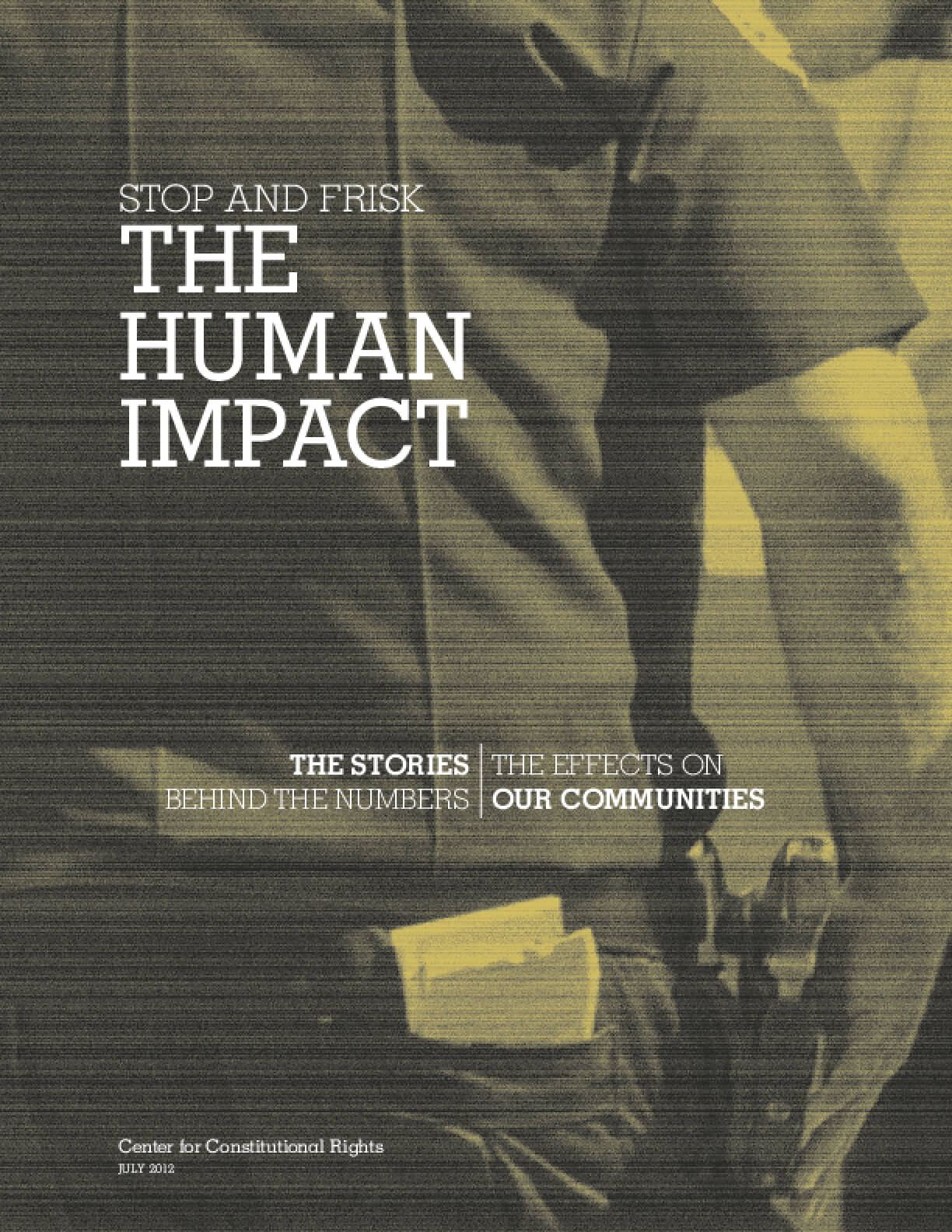