Strategies for Successfully Marketing and Stabilizing the Occupancy of Mixed-Income/Mixed-Race Properties: A Case Study of Academy Homes 1 in Roxbury, Massachusetts

Academy Homes I is a 202-unit mixed-income, mixed-race rental property located in the Jackson Square neighborhood of Boston's Roxbury district. While Roxbury's population has declined modestly (3.8 percent from 1990 to 2000), the Hispanic population has been growing steadily and Roxbury is now 63 percent Black and 24 percent Hispanic. Most (83 percent) of its residential properties are comprised of one, two and three family dwellings where the owner-occupancy rate is 61 percent. The median residential sales price in Roxbury reached $406,000 in 2003, surpassing Boston's $380,000 median sales price.

Academy Homes was built in the 1960s under HUD's 221(d)(3) program. It received upgrades to major building components (such as roofs and windows) in 2000 after the current ownership took over in 1998. It has three types of units: 43 percent are project-based Section 8; 33 percent are low income housing tax credit (LIHTC); and 24 percent are market rate. It is in a mixed-income, mixed-race urban neighborhood where residents are comfortable with economic and racial diversity. It is diagonally across the street from a rapid transit "T" station. Schools, a sizeable grocery store, shopping and restaurants are all within walking distance. It is one of several large multi-family complexes clustered in the area that total 2000 units. 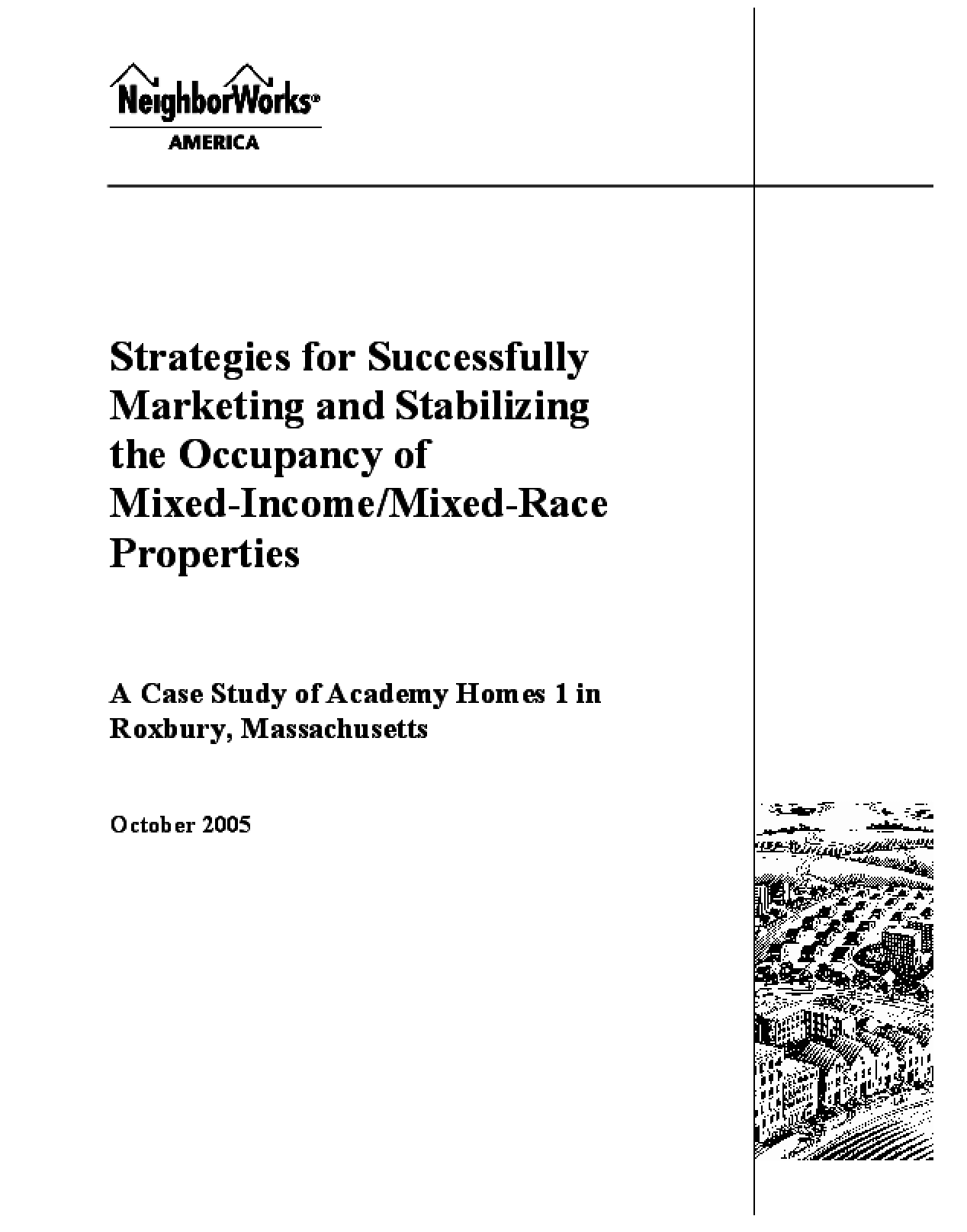