Strategies for Successfully Marketing and Stabilizing the Occupancy of Mixed-Income/Mixed-Race Properties: A Case Study of Cedar Beech and Elm Street Properties in Manchester, New Hamsphire

The properties were developed and are owned by Manchester Neighborhood Housing Services (MNHS) as part of that non-profit organization's mission to stabilize and revitalize city neighborhoods and to provide affordable housing. Cedar Beech was redeveloped and placed in service as a Low Income Housing Tax Credit (LIHTC) and HOME property in 1994. The properties on Elm Street were placed in service in 2001 with subsidies from LIHTC, HOME, and the Federal Home Loan Bank of Boston's Affordable Housing Program. 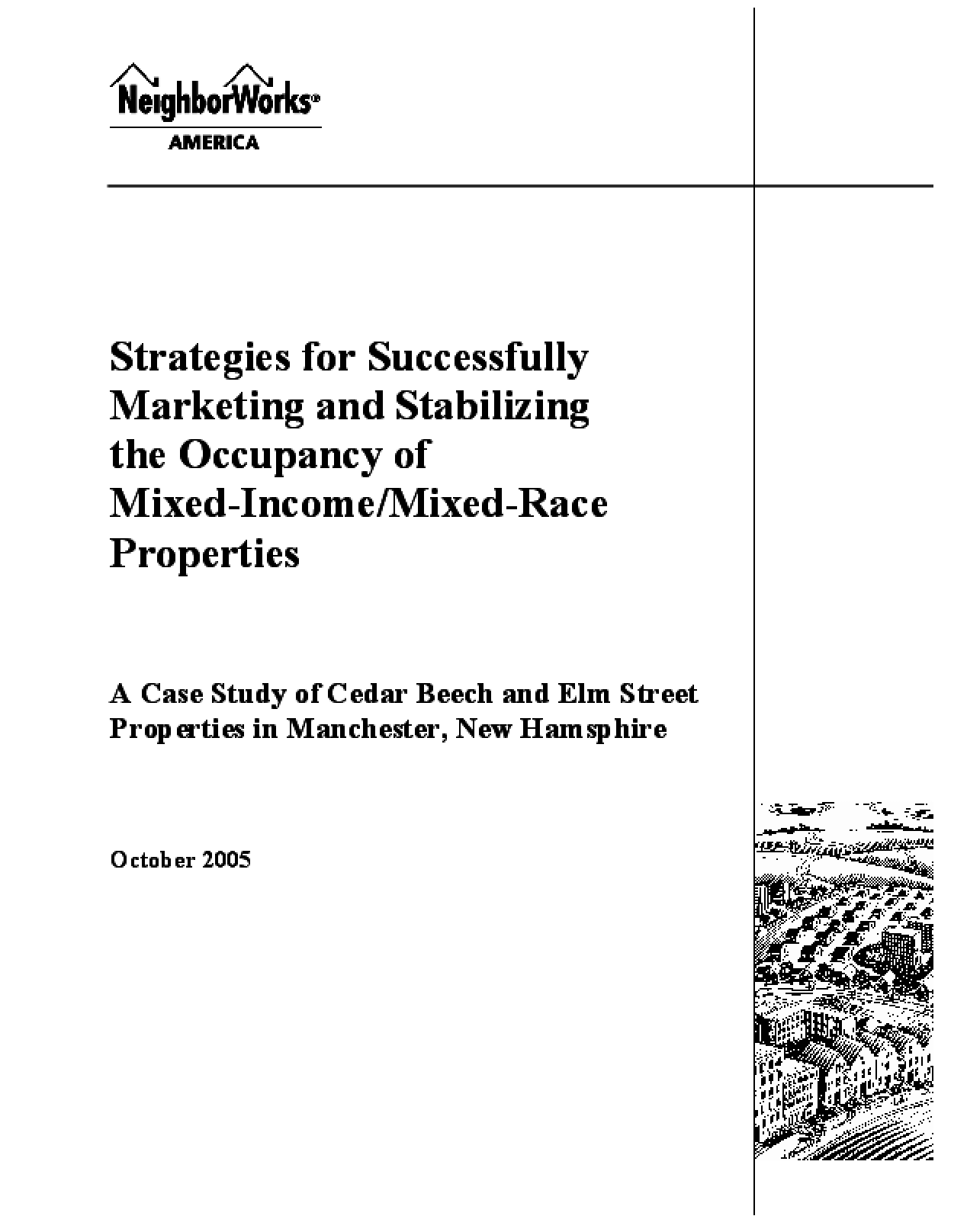