Strategies for Successfully Marketing and Stabilizing the Occupancy of Mixed-Income/Mixed-Race Properties: A Case Study of Montevista in Milpitas, California

Montevista was built in 1998 and is a 306-unit mixed-income, mixed-race property in Milpitas, California. Milpitas is a small city outside San Jose that boomed along with the rest of Silicon Valley in the 1990s and then cooled off in the early 2000s. It remains a relatively prosperous, low crime, and low unemployment city. Montevista contains a nearly even mix of affordable tax credit and market-rate units. The residents are economically diverse with household incomes that range from below $10,000 to over $200,000. The residents are also racially diverse with substantial shares of Asians, Hispanics, and whites. 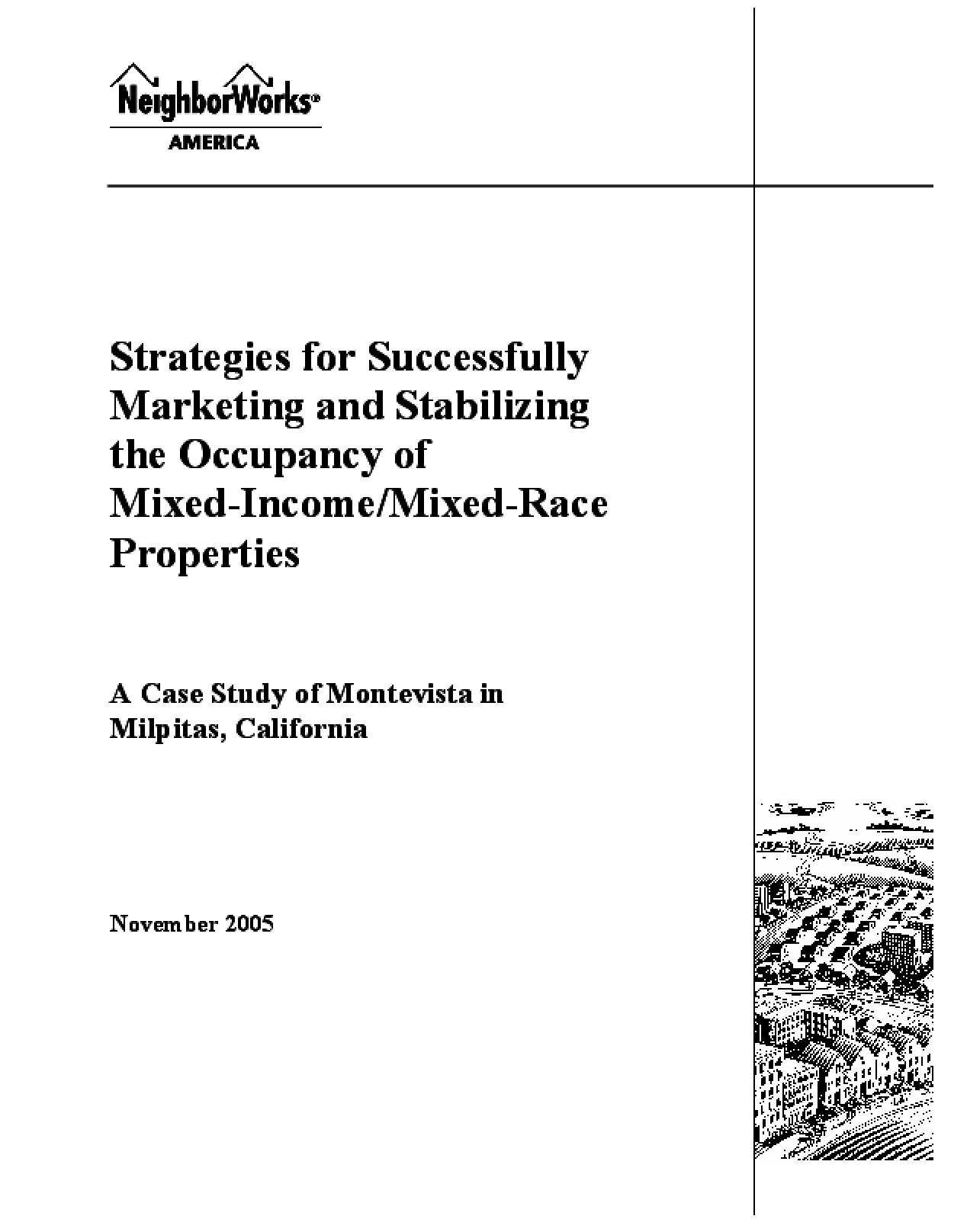