Strategies for Successfully Marketing and Stabilizing the Occupancy of Mixed-Income/Mixed-Race Properties: A Case Study of Peters Colony in Carrollton, Texas

Peters Colony is a 160-unit mixed-income, mixed-race development located in Carrollton, Texas, a relatively prosperous suburb north of Dallas. The property is nearly evenly split between households with income (1) less than 30 percent of the family-sized adjusted area median income (AMI), (2) households between 30 and 50 percent of AMI, and (3) households between 50 and 80 percent of AMI. One-third of the units have no income limits, but the owner voluntarily limits occupancy to households with income below 80 percent of the median at initial occupancy. The property was purchased and modestly rehabbed by Foundation Communities in 1995. 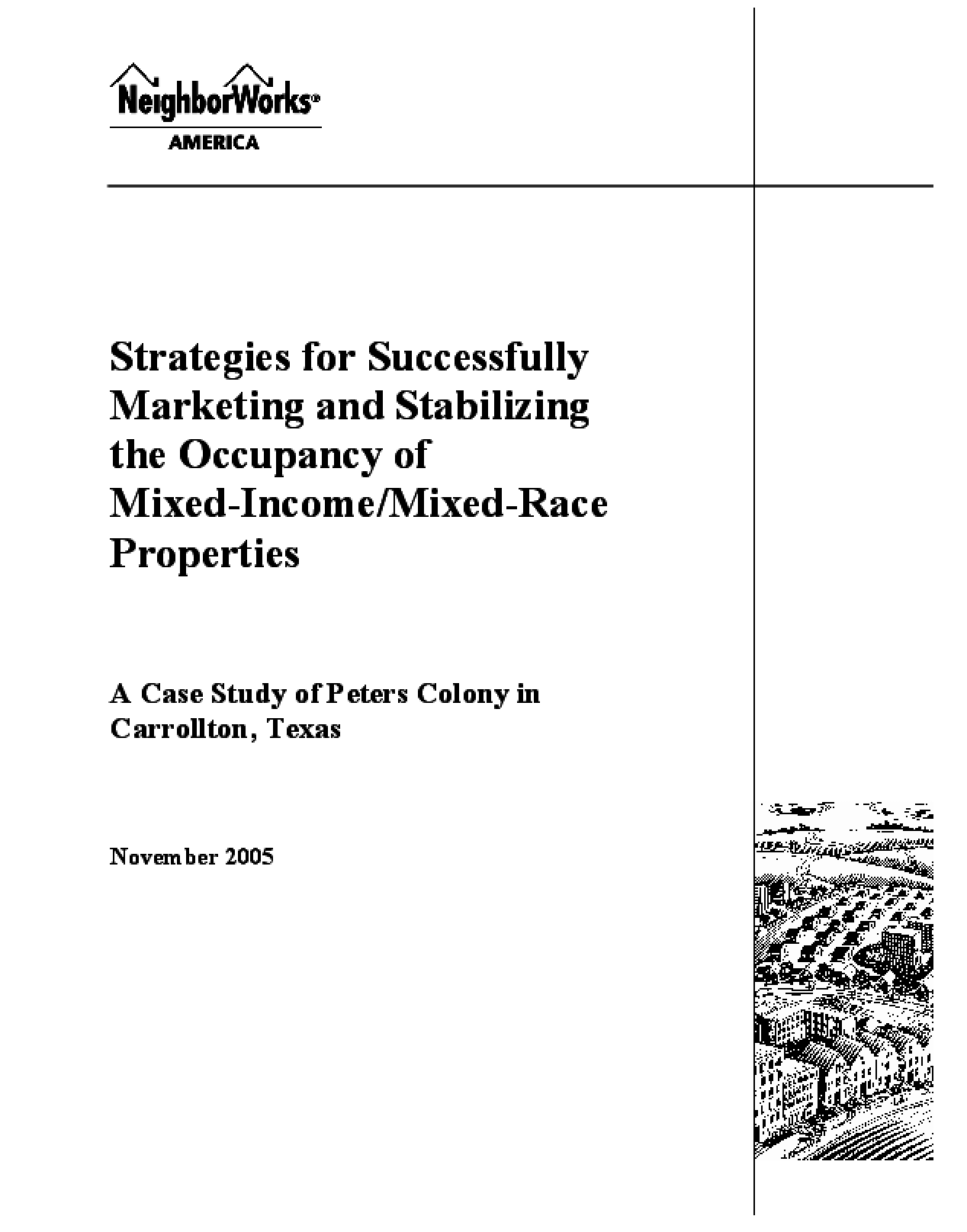