Strategies for Successfully Marketing and Stabilizing the Occupancy of Mixed-Income/Mixed-Race Properties: A Case Study of Spanish Oaks in Jacksonville, Florida

Spanish Oaks is a late 1960s garden apartment development in the Arlington section of Jacksonville, Florida. Originally built as market-rate rental housing, Spanish Oaks entered the inventory of the Resolution Trust Corporation (RTC) after the original owner defaulted. It was sold in 1995 to a partnership of two local non-profits -- Jacksonville Housing Partnership and Families First -- under the RTC's Affordable Housing Program. The development has 194 units with between one and three bedrooms. The agreement with the RTC was that 20 percent of the units (40 units) would be reserved for households with incomes at or below 50 percent of area median, another 55 percent (107 units) could have occupants with incomes up to 80 percent of area median, and a quarter (47 units) could be rented to households at any income level at unrestricted, market rents. The actual income levels of the households in 2005 are more heavily weighted towards the low end: half the units are occupied by households with incomes below 50 percent of median including 38 percent that have incomes below 30 percent of median. 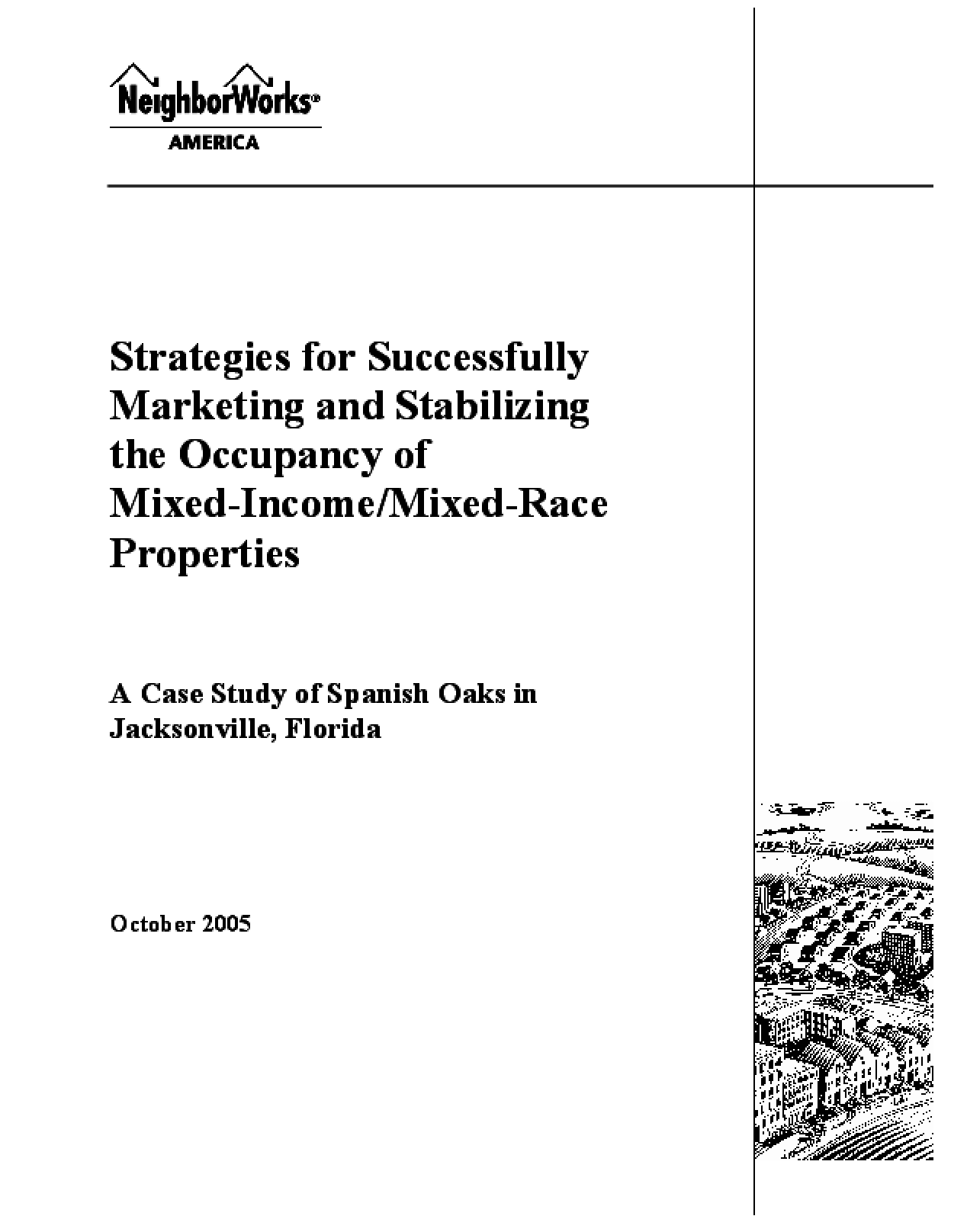