This report assesses the impact of investments in rural health care in Viet Nam by The Atlantic Philanthropies, the Vietnamese government, and other international donors. It is based on a large-scale longitudinal study from 2008 to 2016 in twelve communes in three Vietnamese provinces: Thái Nguyên in the north, Khánh Hòa in the central coast, and Vĩnh Long in the southern Mekong delta. The study was conducted by the Vietnam Academy of Social Sciences (VASS) and the Social Science Research Council (SSRC).

Insights from the report include: 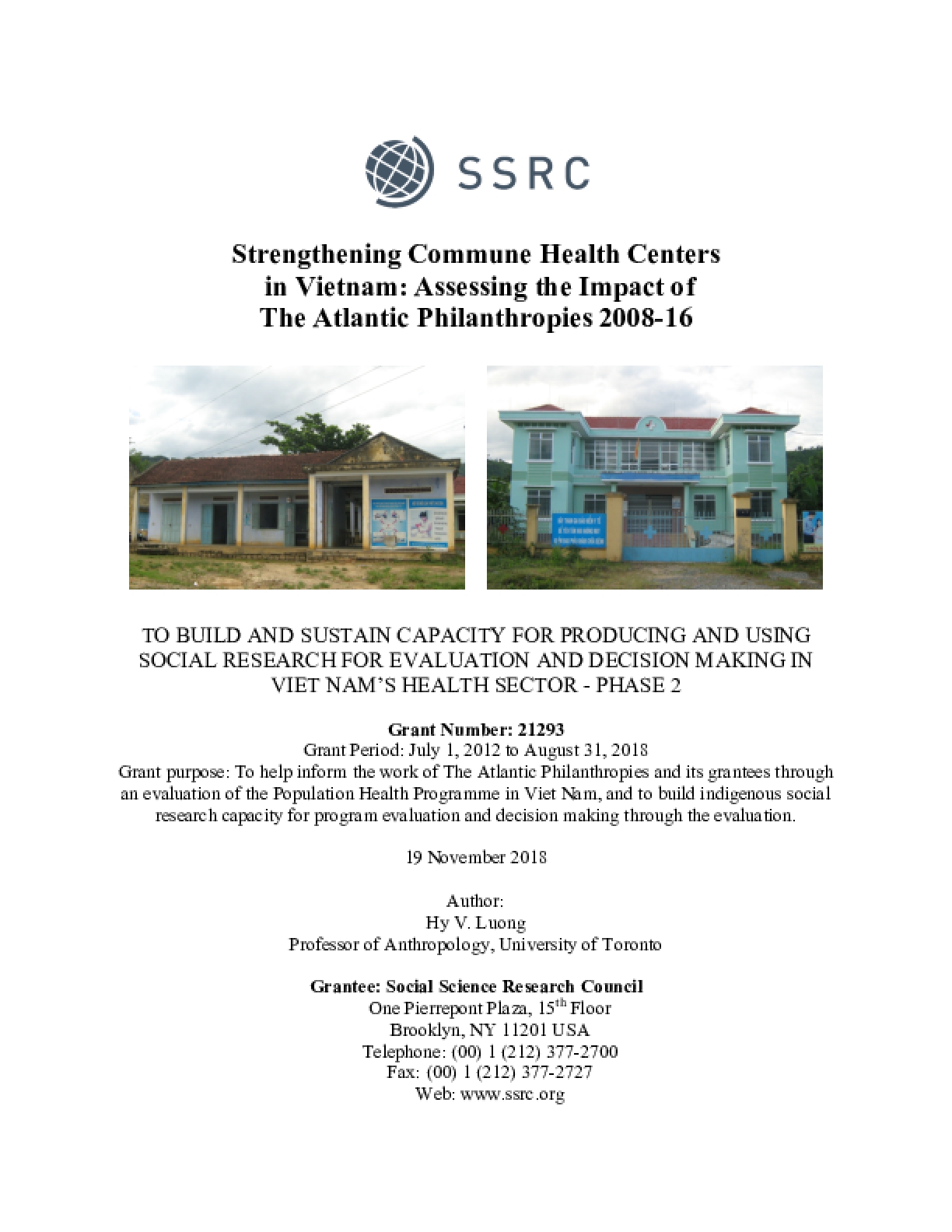