Strengthening Leadership and Advocacy in Population and Reproductive Health

The MacArthur Foundation's Fund for Leadership Development (FLD) was created and launched two and half decades ago, as an initiative of the Foundation's Population and Reproductive Health (PRH) Program. First implemented in Brazil, and later in Mexico, Nigeria and India, the program aimed to promote innovative solutions to the population‐related problems facing each country, and to foster new leadership by enhancing opportunities for individuals to make lasting contributions to the PRH field. Although the local circumstances and population issues addressed through the FLD varied widely among and within the four focus countries, its overarching goals remained constant.

Our decision to commission a retrospective evaluation of the FLD at this particular point in time was spurred by renewed interest at the Foundation in "investments in people" as complements to more traditional grants and impact investments. The Foundation is well known in the United States for its MacArthur Fellows Program, which awards no‐strings‐attached fellowships to exceptionally creative individuals across a limitless range of endeavors. Though different in scope and duration, the FLD program explored a related approach to investing in people, one focused on building a particular field in four distinct national contexts outside of the U.S.

The purpose of this evaluation was to better understand the long‐term outcomes of the FLD program, as well as the experiences and trajectories of its grantees. Alumni of the program, PRH experts in each of the four focus countries, and those who administered the program shared not only what they consider to be the program's strengths and challenges, but also insights as to how effectively the various components of the program supported the program's goals. Given the time that had lapsed since the implementation of the FLD program, this evaluation necessarily relied heavily on self‐reported data from program participants and their recollections of activities from many years past. As such, the findings of this report have their limitations. We do not wish to attribute the accomplishments of FLD alumni directly and exclusively to the program itself. Nor should we interpret the responses and statements of those surveyed and interviewed to represent the entirety of the FLD grantee population. Rather, the lessons that have emerged offer useful guidance that may inform the design of future investments‐in‐people endeavors. 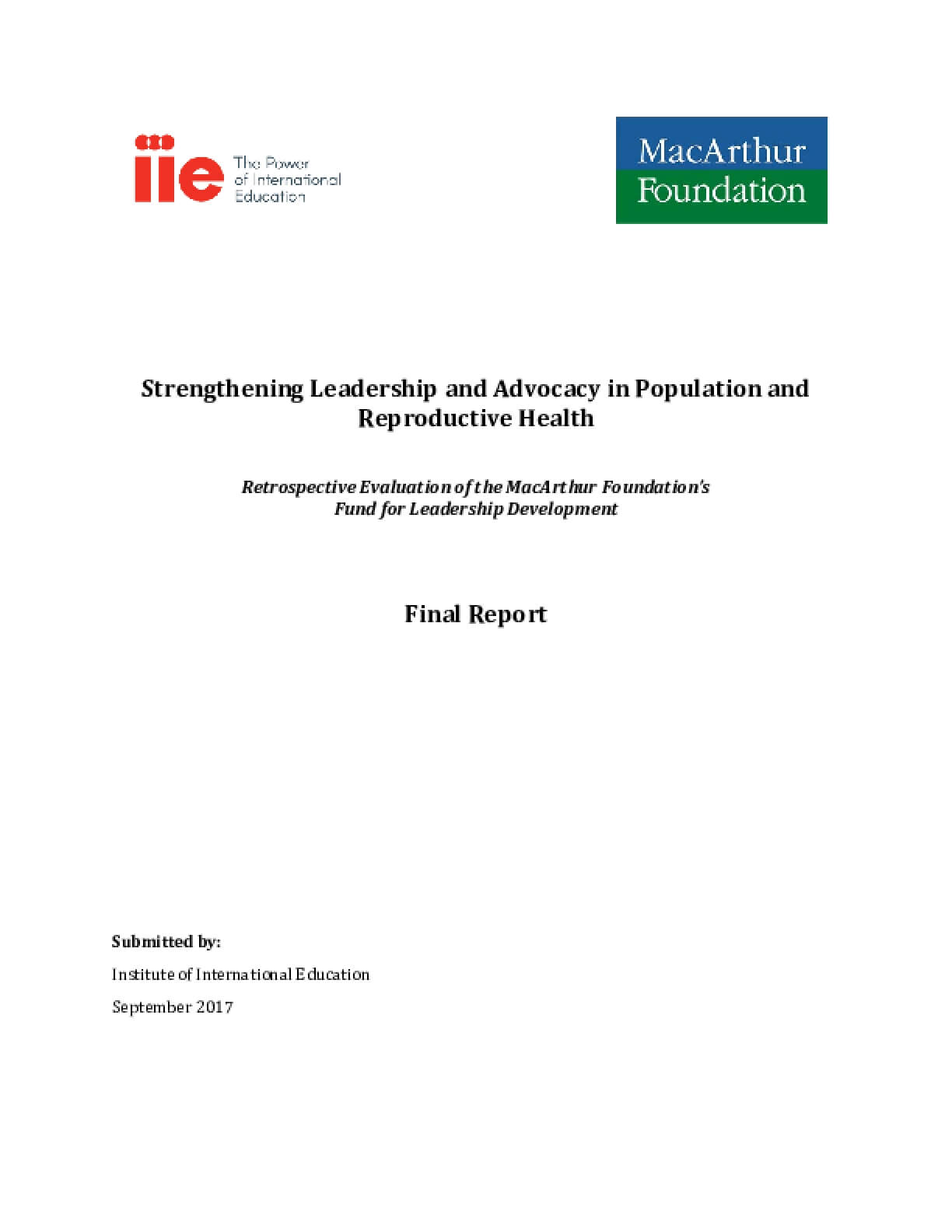