The West Africa Civil Society Institute (WACSI) and the Fund for Global Human Rights (FGHR) recognised that it is imperative for networks of influence within civil society (organised and organic) to be harnessed and supported to respond effectively to growing threats to civic freedoms.

Observably, despite the growing numbers and influence of activists and social movements in West Africa on the one hand, coupled with a high number of existing social justice organisations on the other hand, the collaboration between these two groups is weak. This results to a significantly low level of pressure on the perpetrators of injustice (most often the government), and this often weakens the possibility of realising successful social justice campaigns. It is within this context that WACSI and the Fund for Global Human Rights (FGHR) have conceptualised an initiative to explore whether the existing types of promoters of social justice see the need to join forces in their efforts to push for social justice in West Africa. They seek to promote a shared learning space for activists' social movements and social justice organisations to explore ways of effectively responding to the crackdown on civic freedoms and restrictions to civic engagements in West Africa. 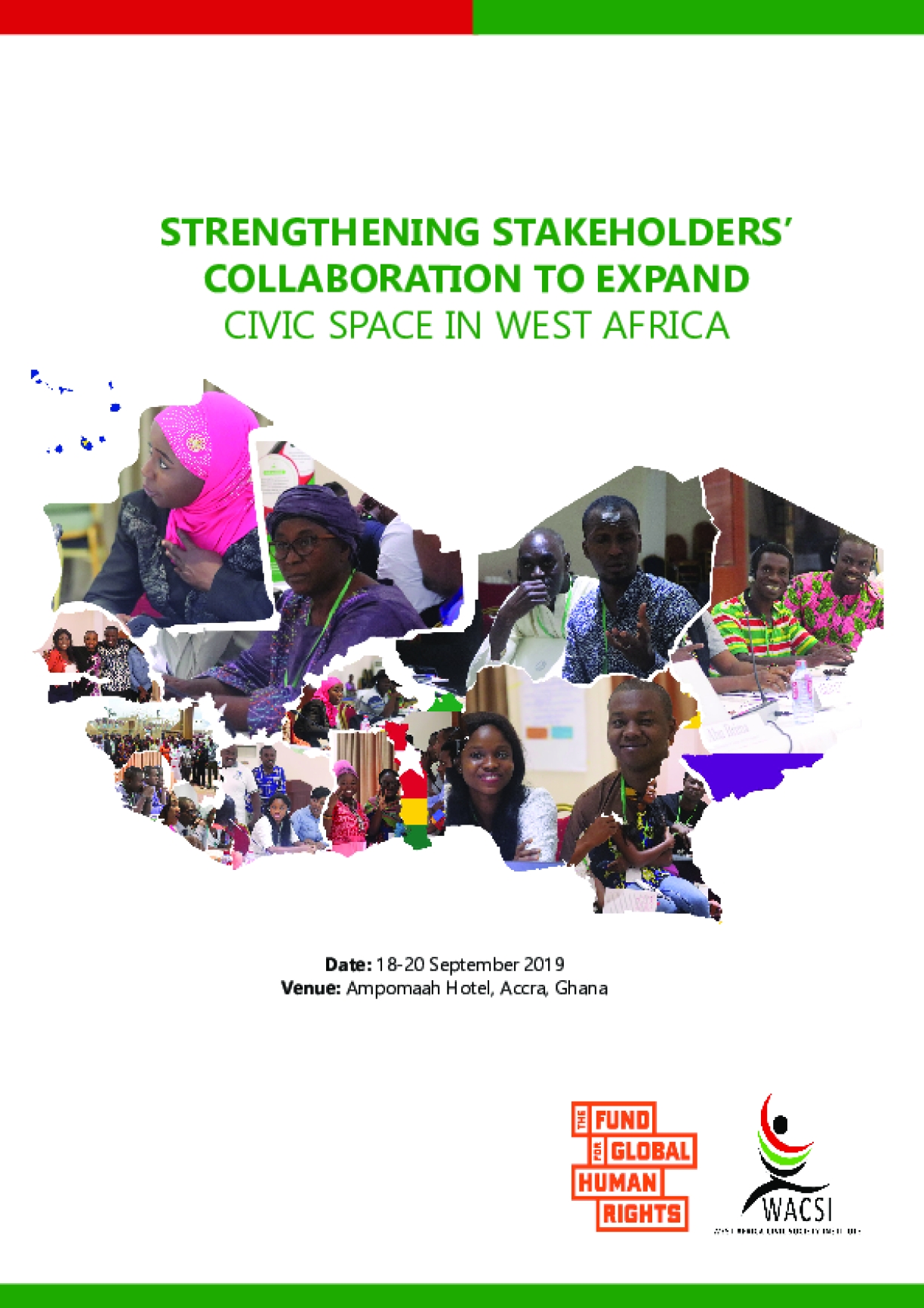