Strides and Stumbles: Mixed Results for the Obama Administrationon Freedom of Information

In this analysis, OMB Watch lays out several key strengths and weaknesses of the Obama administration's track record on FOIA during FY 2011. 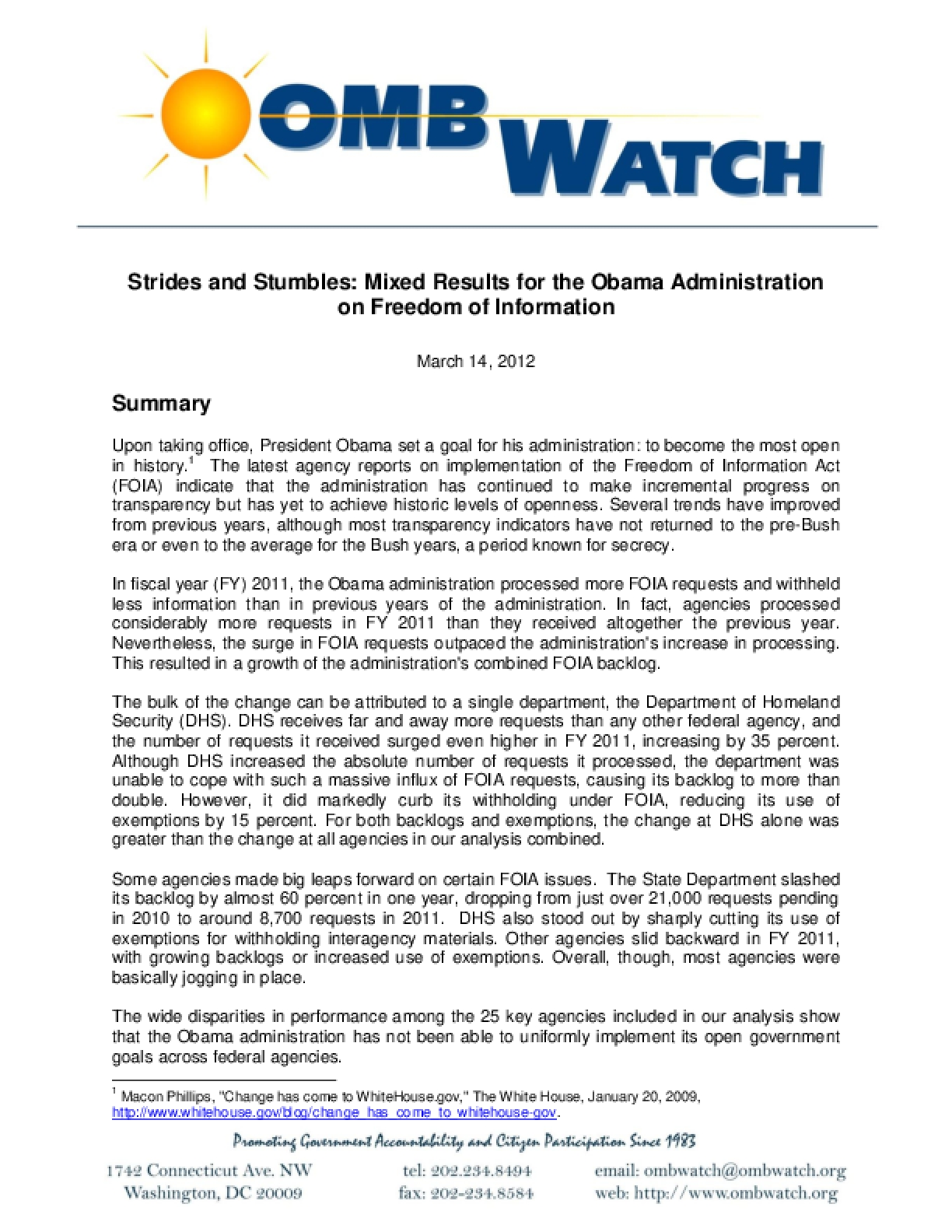