Encryption technology allows people using electronic networks to ensure that the messages they send remain private--secure from hackers, industrial espionage, government wiretap abuses, and spies. Encryption technology will prove vital to the future of electronic commerce. For example, thefts of nuclear secrets from U.S. national laboratories would be much less likely if the labs' commercial software had built-in encryption features that could be used to limit unauthorized access--a type of security product discouraged by export controls. For years the U.S. government has struggled unsuccessfully to control the export of encryption technology from this country. Those ineffectual controls do, however, adversely affect the competitive position of the U.S. software industry and national security. Despite the controls, powerful encryption products are increasingly available around the world. Those products include Pretty Good Privacy, which offers 128-bit encryption, and many others. This paper provides a list of Web sites where such products may be found, thus establishing beyond doubt the futility of controls. Although some of the Web sites may from time to time disappear, others will spring up in their place. 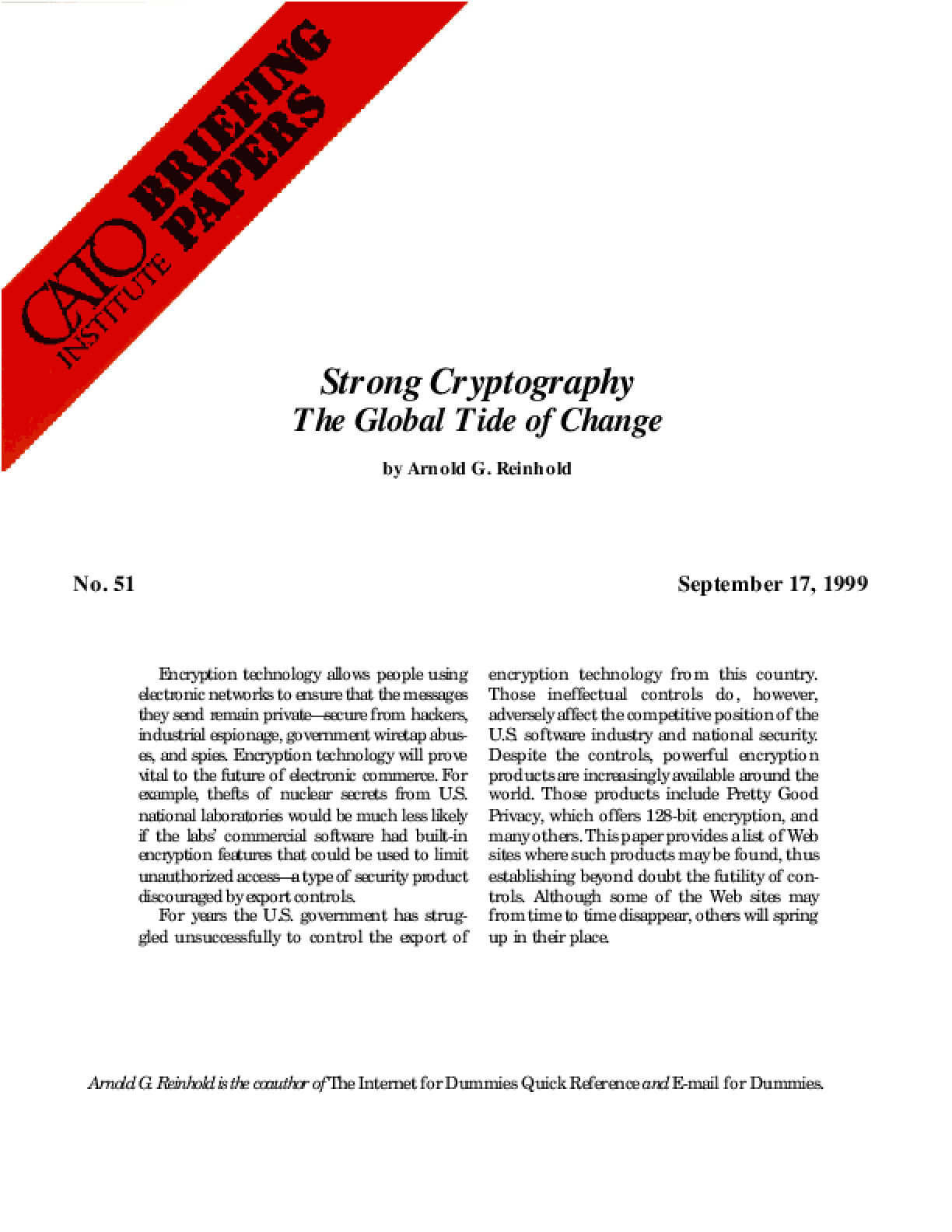