The authors studied 32 high achieving black male students at six universities to explore ways in which involvement in student organization facilitated their development of positive black identities. They suggest that these results be considered in the conversation on improving college success among black males. 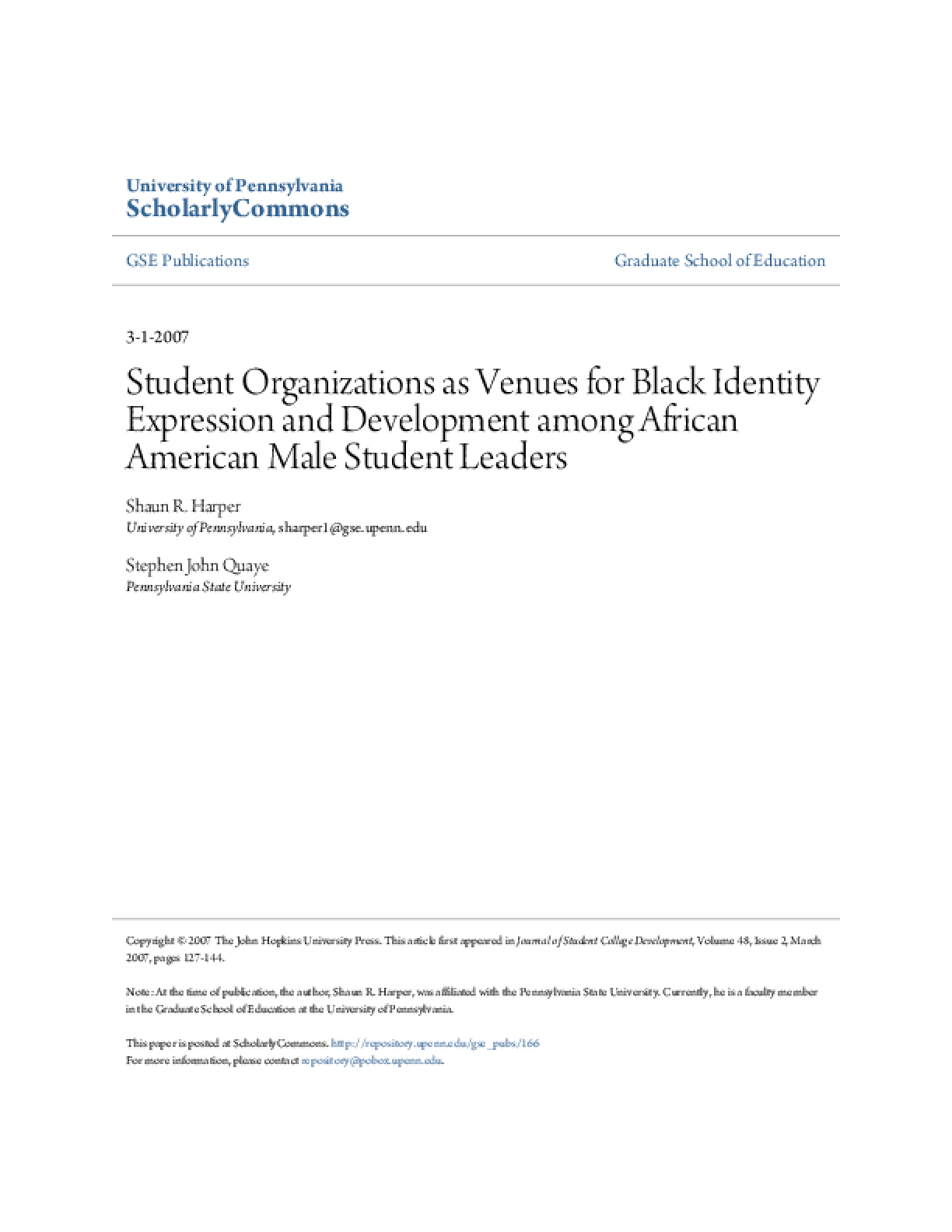