The Student Safety Act (SSA) requires that the New York City Police Department publically issue quarterly reports on arrests, summonses, and other police-involved incidents in New York City public schools. The 2016 calendar year marked the first time that the NYPD reported on activity by officers outside of the School Safety Division, giving a more complete picture of the enormous impact police have on the educational environment. Since 2012, the number of arrests and summonses issued by School Safety Officers (SSOs) has consistently declined. However, in 2016, SS0s were responsible for less than 12% of arrests and 2% of summonses. Thus, this decline in reported incidents is only a fraction of the picture. 2016 is the first year for which school-based incidents involving not only SSOs, but all NYPD personnel, were reported. 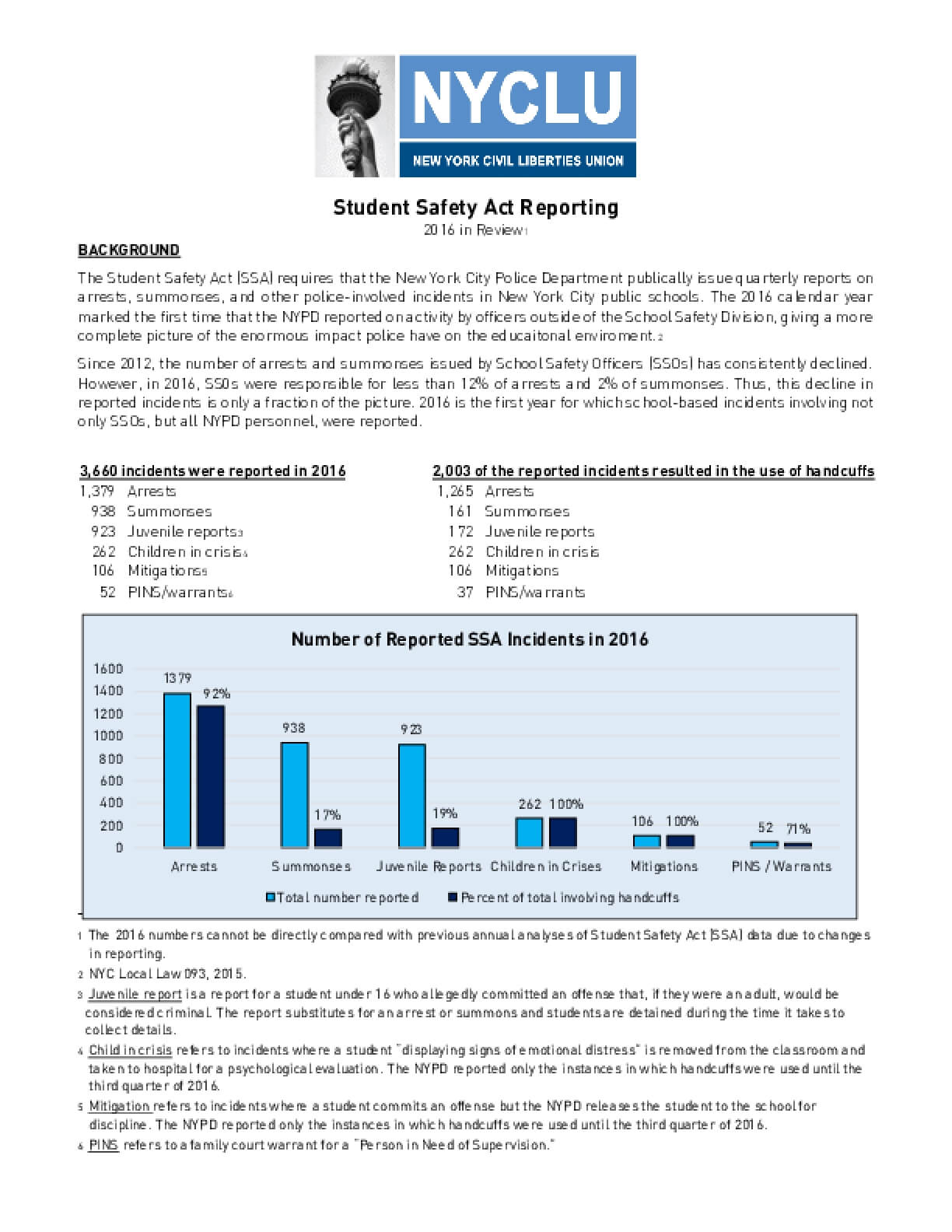