Study of the Impact of the ACA Implementation in Kentucky - Quarterly Snapshot: April-June 2015

The Foundation for a Healthy Kentucky has contracted with State Health Access Data Assistance Center (SHADAC), a health policy research institute at the University of Minnesota, to study how the Affordable Care Act (ACA) is impacting Kentuckians. SHADAC released its second quarterly health data snapshot which covers the April-June, 2015 timeframe. Highlights of this latest health data snapshot include: 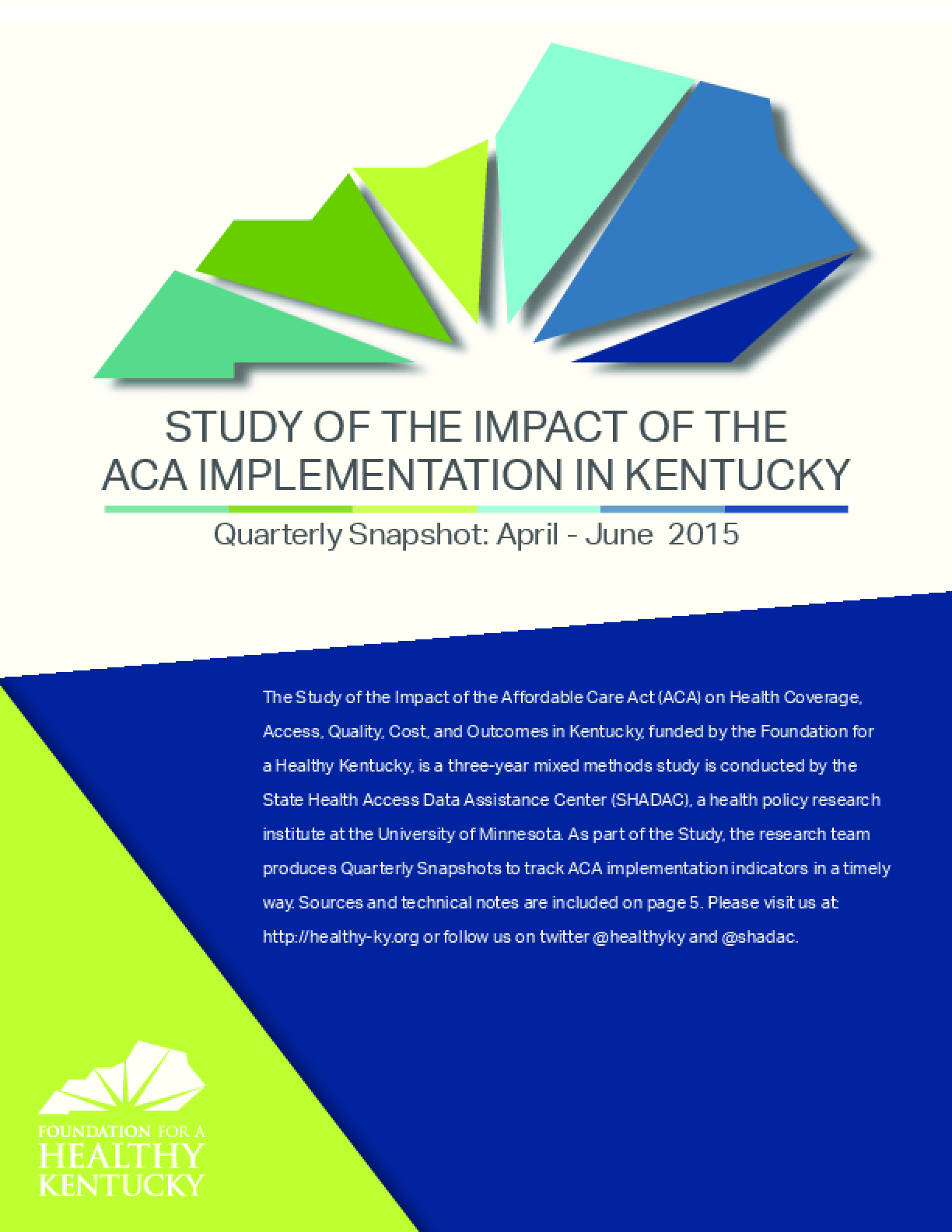